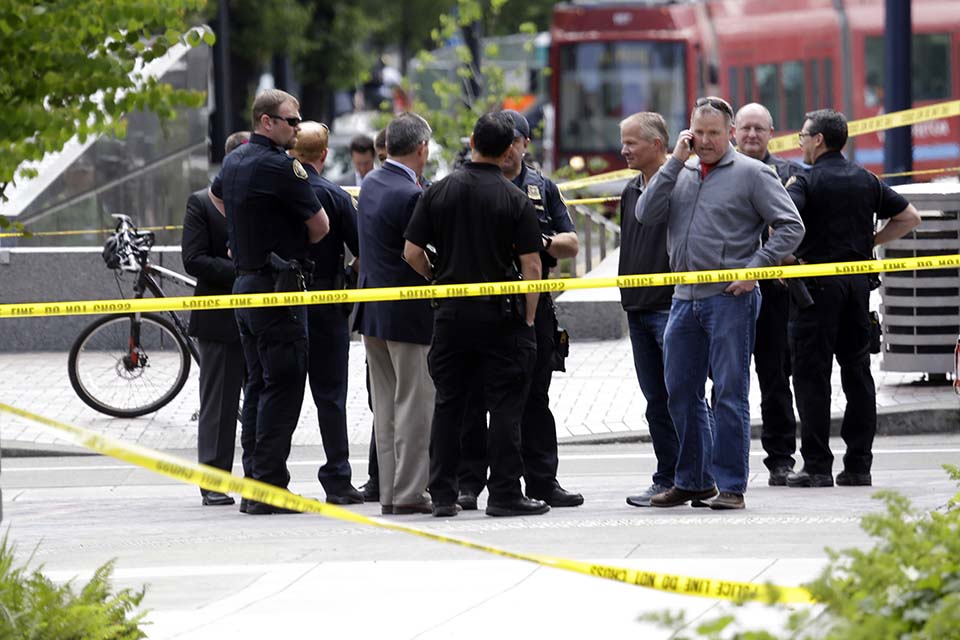 By GILLIAN FLACCUS and STEVEN DUBOIS, Associated Press
Published: 25 May 2018

He did not provide a description of the vehicle, but witnesses described it as a blue sport utility vehicle.

"We do not know at this time if it was intentional," Burley said.

A witness, Christopher Bond, said he was standing on the sidewalk when he saw a newer SUV hit at least two women. He estimated it was traveling about 45 mph (72 kph).

Bond said he turned to help, and the driver "gunned it," nearly hitting him.

Another witness, Kat Caputo, was talking to a friend by a light-rail station when she heard a commotion and turned around. She saw two women lying on the sidewalk and another leaning against a brick wall. Others were shouting that a car had jumped the curb, struck the women and sped away.

One of the women appeared to have serious back injuries, she said.

Police cordoned off several blocks around the scene. A green sweater, a pair of sneakers, a pink slipper and one black bike glove lay scattered on the sidewalk near a small splash of blood.

Shortly after the incident, Multnomah County sent a press release to local media to remind residents that its Mental Health Call Center is available 24 hours a day, seven days a week for people who may be in crisis, despondent, or feel they need to talk with someone after the hit-and-run.

For more information about mental health services in the metro area, visit https://multco.us/mhas/mental-health-crisis-intervention.

Editor's note: This story replaces an earlier, preliminary, un-bylined story posted at this URL, which was organized in reverse chronological order. Photos used with this story have also been replaced.