Rents Too High for Black Portlanders 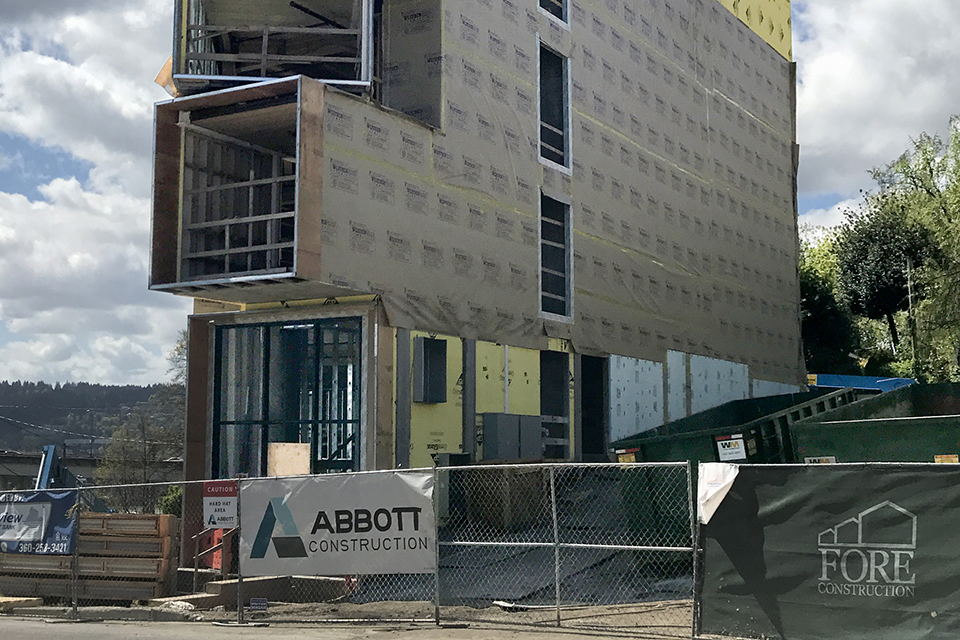 By Christen McCurdy | The Skanner News
Published: 10 May 2018

A new report from the Portland Housing Bureau paints a bleak picture for renters of color in Portland.

The 2017 State of Housing Report, released at the end of April, contains a few encouraging signs – including signs that rents in newly constructed have decreased for the first time since the Portland Housing Bureau started publishing the report in 2015.

It also shows that due to a combination of rapidly rising rents and stagnant wages far below the median for the metropolitan area, African Americans are more likely than other Portlanders to be housing burdened, meaning they pay more than 50 percent of their income in rent.

“It’s unacceptable. It really is,” said Katrina Holland, executive director of the Community Alliance of Tenants, which advises and advocates for renters around the state. “The data shows that we as a city have a huge responsibility on our hands to think about the way in which we are crafting policy that  either helps increase a range of choice for families or decreases a range of choice of families.”

Among the report’s findings:

According to Shannon Callahan, the housing bureau’s interim director, the city also used CoStar, a proprietary real estate database, to ascertain changes in the housing market, including median rents.

“I think the real takeaway from this is how different renting and homeownership is for White families versus communities of color,” Callahan said.

“For communities of color, Portland is out of reach,” Holland said. She noted that while rents in newly-constructed buildings decreased, the availability of family-sized rentals – those with two bedrooms or more – has not increased in the current apartment construction boom, and prices of larger rentals are increasing, creating a painful squeeze for working families.

Callahan noted the recently passed housing bond requires that 50 percent of new housing units be family-sized units, and said multiple organizations and projects, including the North/Northeast preference policy, as well as Portland Community Reinvestment Initiatives’ Pathway 1,000 – which aims to add 1,000 new homes to the Portland area and assist residents displaced from Northeast Portland in finding a new place to live – are working to change the outlook for Portlanders of color seeking housing.

“The work that PCRI is undertaking is probably the largest community project we’ve seen in quite some time,” Callahan said.