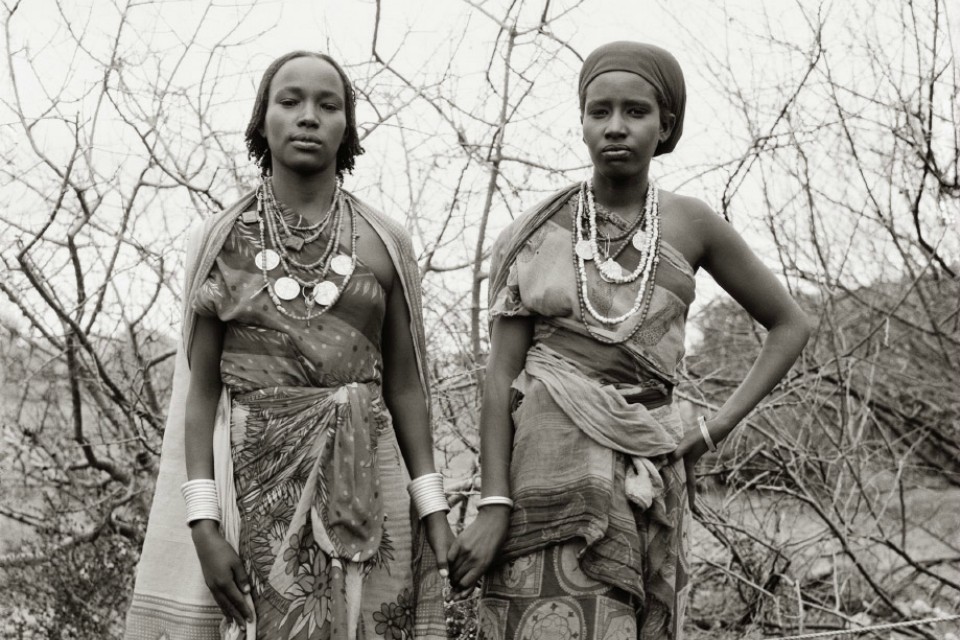 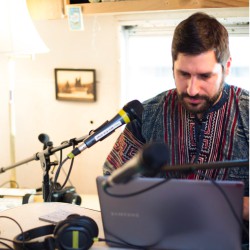 Sheikh’s exhibit “Common Ground” – on display at the Portland Art Museum until May 20 – is a collection of documentary-based photographs spanning 25 years of stories and portraits from displaced people around the world.

His subjects are marked by war, ethnic and religious strife, climate crises and social banishment – at the fulcrum are human rights and dignity. Sheikh often spent months at camps with refugees from places such as Somalia, Ethiopia, Mozambique and Rwanda, capturing their stories in collaborative images between the artist and his sitters.

“Common Ground” combines photographs from eight of his series, and for Portland Meet Portland – a local organization that connects immigrants and refugees to mentors – the exhibit was the catalyst for a discussion on refugee life in Portland.

Hosted by Manuel Padilla, executive director of Portland Meet Portland, the podcast speaks with eight students in the RISE program – run by the Immigrant and Refugee Community Organization – on how their own experiences are reflected in Sheikh’s photographs.

As for creating a podcast around the talk, Padilla told The Skanner that the audio format strikes the perfect balance.

“In many ways, it complements the visual nature of the photography exhibition by putting voice to the silence of an image,” he said.

“For this particular group, I think the podcast is the best way for them to be able to express themselves fully, their thoughts and feelings about “Common Ground,” without the nervousness and apprehension that comes with being in front of a large group of people. It provides both intimacy and the projection of their voices to a mass audience.”

For Padilla, speaking to the students of RISE is one small way toward desegregating Portland – a city which, according to him, is still culturally, socially and economically divided, largely due to its history of racism and exclusion.

“Youth, like those in the RISE program, have to navigate the terrain of both the cultures of their countries of origin and the dominant culture here in Portland,” said Padilla, adding that he wanted to give these students the first crack at commenting on the exhibition.

In the first of three podcasts, Saman, who came to Portland from Somalia in 2015, says, “The pictures are like a flashback of our lives, the stories our parents have been through. It’s not just a picture we see, it’s part of our reality and our history. Seeing this is very deep and emotional for us.”

In certain instances, explained Padilla, Portland refugees who visited Sheikh’s exhibit actually knew some of the subjects in the photographs, from having lived in the same camps.

“These youth, then, can help translate what we are seeing and fill in the gaps of what we are not seeing, because these aren’t just photos, they are family,” he said.

Likewise, Bedour, who left Iraq with her family in 2014, immediately connected with a portrait of a young girl.

“There was one picture with a girl who was holding a flower, she was about three or four years old,” says Bedour in the podcast. “She was staring at it with no facial expression. It’s kind of connected to me, when I was in Iraq, thinking I had no future. She did not choose her life or who she was, but life chose her.”

The three podcasts are the first in a series that Padilla’s organization will be collaborating on with the art museum. As he explained, “Being able to bridge cultural divides in this way provides a space for deeper and more vulnerable dialogue on issues of culture, race, community and belonging in Portland.”