The Center for Intercultural Organizing has organized a community meeting next weekend to discuss two initiatives targeted at immigrants that are likely to appear on Oregon's 2008 ballot. Organizers hope that grassroots activists from social service and social justice groups will attend, as well as immigrants and refugees and anyone interested in immigrant rights.
"We want to inform the community about these initiatives," said Kayse Jama, the center's executive director. "We want to provide a space for immigrant and refugee community members to form their own ideas and strategies about how to combat these initiatives."
Oregon Initiative 19 would cut state funding of any education programs that teach students in any other language than English for more than two years – and also would limit English immersion classes to two years. The rule would not apply to English speaking students learning another language.
Children who don't speak English when they enter the school system need support if they are to achieve at the same level as English speaking students, Jama said. "What we are afraid of is that this will wipe out what little chance they have of equal access to education."
Oregon Initiative 112 would require local government officials to cooperate with federal immigration agents and require documentary proof of citizenship to obtain drivers licenses or to register to vote.
Jim Ludwig, president of Oregonians for Immigration Reform is one of the sponsors of the bill. Ludwig said Oregon is one of seven states that doesn't require proof of legal residency as part of driver's license applications, and one of only four that doesn't require either proof of legal residency or a valid social security number. This makes getting a drivers license too easy, he said.
"Oregon issues eight year drivers licenses to people on six-month visas," he said. "Oregon has become a magnet for identity fraud, the meth trade, illegal immigration and potential terrorists."
All the signatures on Initiative 112 will be checked, he pointed out. But when people register to vote or apply for a driver's license, the state does not verify that they are eligible to do so. He said the initiative should present no barriers to citizens.
"Most people have a birth certificate or a passport or a driver's license," he said. "And if the drivers license required proof of legal residence or a valid social security number, they could use that."
Ludwig said that in Arizona "hundreds of thousands" of immigrants had been prevented from voting illegally, after the passage of Proposition 200 in 2004.
However, an article from the Arizona Republic in June 2005 said that while 5000 people had been turned away at the polls, all of them were people new to the state who simply lacked sufficient proof of citizenship.
The paper quoted Pima County Recorder, F. Ann Rodriguez saying, "Not one has been an illegal immigrant attempting to register. They are all citizens who are lawfully here who didn't know about the new requirements."
Kayse Jama said a major impact of initiative 112 would be to put up barriers to civic participation for many people in the immigrant and refugee communities – whether citizens or not.
"It's never been proven that immigrants and refugees who are not entitled to vote have been registering to vote," Jama said. "So what is the purpose of doing this? We believe it is a voter suppression tactic."
This year, across the country, more than 1100 bills aimed at immigrants have been brought before state legislatures — more than double the number in 2006, Jama said.
"There is a growing hostility toward the immigrant and refugee communities," he said. "This is just another way to target this community."
Jim Ludwig, however, points to figures such as the high percentage of foreign nationals in the prison system – 27 percent, according to the Bureau of Prisons Web site. And about 17 percent of inmates are Mexican nationals. The initiative would help law enforcement clamp down on the meth trade, he said, by making it more difficult for noncitizens to obtain driver's licenses and by encouraging police to work with immigration officials.
Civil rights advocates are concerned that racial profiling would increase. Three civil rights leaders will be speaking at the meeting: Eric Ward, the field director with the Center for New Community, a faith-based civil rights organization sited in Chicago; Aeryca Steinbauer, coordinator of CAUSA , Oregon's statewide immigrant rights coalition; and Abdul Fofanah, African youth coordinator at Lutheran Community Services, Northwest. 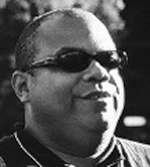 Eric Ward also believes the Oregon initiatives are part of a nationwide trend toward pointing to immigrants and refugees as the cause of all kinds of social and economic problems.
"In the wake of the collapse of the national bipartisan immigration reform legislation, we notice that the anti-immigration movement has grown ever more powerful and more hateful," Ward told the Skanner.
"It is not finding any real solutions for the forced migration that really is a global phenomenon – including here in the USA. But what it is doing is scapegoating immigrants and refugees for the real problems we face — the disparity in wealth in this country, for example.
Ward, who attended Lane Community College in Eugene and graduated from the University of Oregon, said if Initiative 112 were to be passed it would erode civil rights for all Americans – and particularly people of color.
"It will have a substantial impact on African Americans and further disenfranchise many African Americans," he said. "One of the largest impacts of anti-immigrant legislation is that where it has passed African American participation in elections has fallen by around 5 percent."
A public discussion that has linked immigration to Black unemployment and poverty only served to divert African Americans' attention from the real reasons for these problems, Ward said.
"…low wages and lack of jobs are not the fault of immigrants but of systematic discrimination. The majority of (traditional) African American jobs have actually been offshored out of this country – they no longer exist. And what has happened is that institutional racism has forced us into an economic race to the bottom with immigrants in this country. I don't think that is a race that we want to be part of.
"I think we have to understand that … organized bigotry has created a new movement which they call anti-immigration, but the real goal of this anti-immigrant movement is to strip civil and human rights in this country."
Community Information and Strategy Session from noon to 4 p.m. at  Portland Community College, Cascade Campus, 705 N. Killingsworth St., room MAHB 104 on Nov. 17.