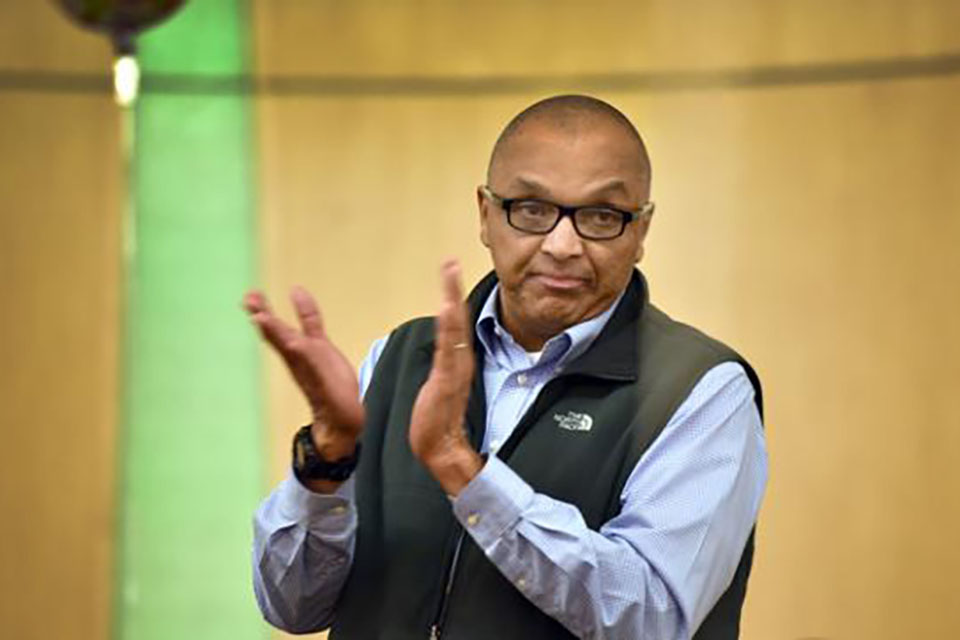 By Christen McCurdy | The Skanner News
Published: 03 May 2018

Truls Neal worked at a juvenile detention center and at a mental health hospital before going on a ride-along with a juvenile probation officer and deciding to focus on helping people re-entering society.

“I thought, ‘This would be great. I went back and told my boss, I think I want to be a juvenile probation officer,” Neal said.

Born in Norway to a Norwegian mother and an African American father, Neal’s family moved frequently when he was a child, finally settling in southern California when he was 10. He started his career in Orange County and started his college career in his late 20s, graduating at 31 from California State University at San Bernadino with a bachelor’s degree in sociology.

In 1992, Neal and his wife, Robin, moved to the Portland area, the result of a compromise: she wanted to relocate somewhere north of Ventura, California, and the couple considered the Eugene area, but Neal wanted to move to an area with more diversity.

Initially, Neal worked in Clackamas County as a probation officer, and he and his wife bought a house in Northeast Portland. He worked for Clackamas County for 15 years total and has worked for Multnomah County for the last 10. He’s worked in both juvenile and adult parole and probation services, creating a re-entry coordination program for the county and, most recently, adopting a culturally specific program for African Americans on parole and probation services.

Habilitation Empowerment Accountability Therapy, or HEAT, is a national curriculum used by 20 corrections departments nationwide, and the only one Neal could find that addressed African Americans specifically.

“It’s a good program for males who oftentimes struggle to be involved in dominant culture programs,” Neal said. The DCJ is also adapting the program for African American women, who, like their male counterparts, are overrepresented in Multnomah County’s criminal justice system.

With a grant from the MacArthur Foundation, the county is also opening a 38-bed transitional housing development in Gresham.

“The population of people of color have moved east and the services still tend to be downtown,” Neal said, which can make it difficult for people who re-entering society after incarceration – who are likely to be transit-dependent – to access everything they need.

Neal, with deputy director Erika Preuitt, is also looking at shining a light on racial disparities in the system. One of the challenges with parole and probation, he said, is that officers don’t have the power to arrest or prosecute, but probation officers do have the ability to “sanction” individuals they’re supervising, resulting in re-incarceration. Neal’s department will be monitoring trends in who is more likely to be sanctioned and for what offenses.

The DCJ has also been beset with complaints of discrimination and low employee morale. Neal said the department is a microcosm of society, and many of the external debates around race are mirrored within the institution – but also said the department has adopted a strategic plan for improving communications and morale with staff.

“There’s a unique stress to the work we do. That can be wearing on our staff. We’re trying to promote encouraging staff to take care of themselves,” Neal said.

He also said he and Preuitt are committed to engaging with the whole community and addressing public concerns about striking a balance between keeping the community safe, and treating parolees appropriately.

“We’re here to address their concerns around the safety of the community,” Neal said.