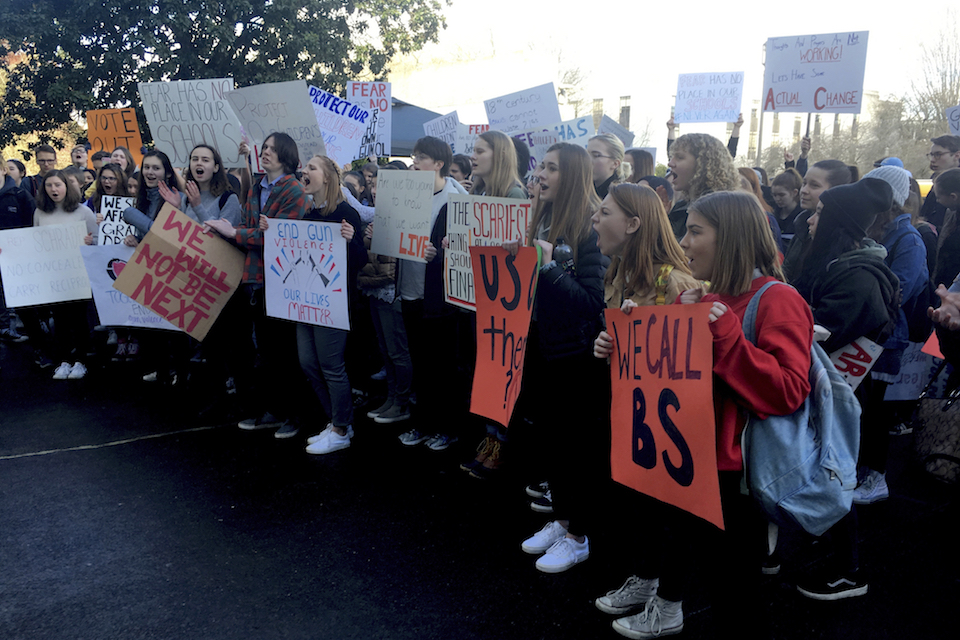 SALEM, Ore. (AP) — Some residents of an Oregon county are asking voters to support a proposed ballot measure that would bar local officials from enforcing any gun control law and uphold gun rights outlined in the Constitution.

The proposed Second Amendment Preservation Ordinance was filed with the Deschutes County clerk last week. It would empower the county sheriff to review federal, state and local laws and determine whether they violate the U.S. or Oregon constitutions.

It appeared aimed at a statewide proposal that would essentially ban assault weapons and large-capacity ammunition magazines in Oregon. Gun control advocates are collecting signatures to qualify that measure, Initiative Petition 43, for the November ballot.

Deschutes County Sheriff Shane Nelson publicly opposed the proposal this month, saying Oregon already has laws on background checks and age restrictions. He noted that among those prohibited from buying a gun are convicted felons, those convicted of misdemeanor crimes involving violence, and those found to be mentally ill.

"I support and defend the Second Amendment and oppose IP 43," Nelson wrote on the sheriff's office Facebook page.

He said he believes every law-abiding citizen who wants to legally own a firearm should do so.

The proposed county initiative would bar Deschutes County from using its funds or employees to enforce any rules "that infringe on the right of the people to keep and bear arms."

Nelson said that while he supports "the spirit of the ordinance," he doesn't support enacting it.

Deschutes County tends to be conservative, with most rural voters having voted for Donald Trump in the 2016 election. However, Democratic candidate Hillary Clinton led voting in Bend, the county seat that has drawn many Californians and is a craft-brewing and outdoor recreation mecca.