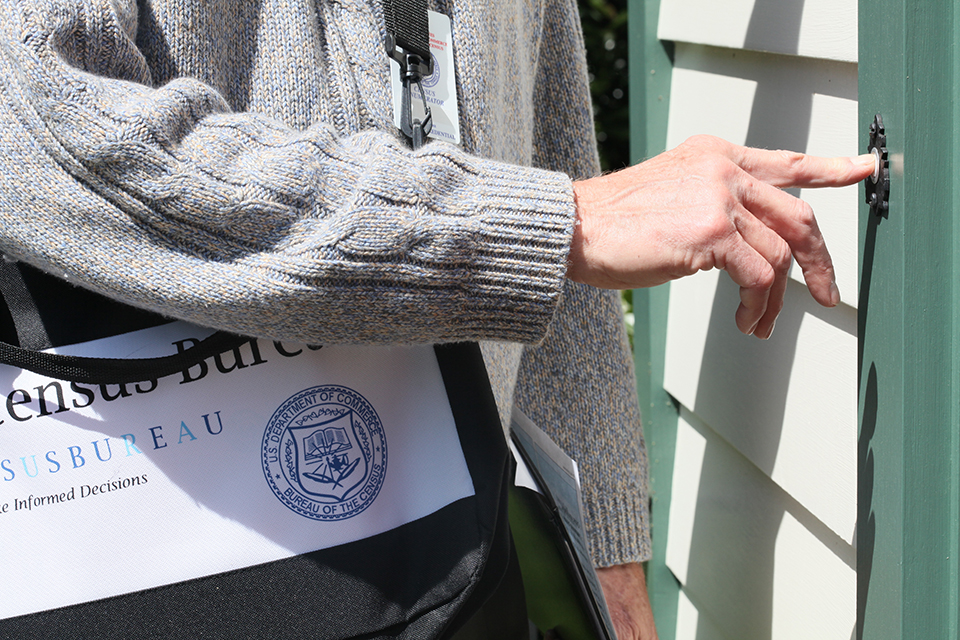 Earlier this month Oregon joined a coalition of states and cities in suing to block the Trump administration from demanding citizenship information on 2020 census forms – and local advocates worry that the proposed change will stoke fears of interacting with the federal government.

Amanda Manjarrez, a policy advisor for the Latino Network of Oregon, said the organization’s concerns are threefold. First, because census data drives funding for local governments, having accurate data on an area’s demographics is important for social service agencies – not to mention political representation. (Oregon, for example, is projected to pick up another Congressional seat after the next census.)

Advocates also worry the requirement could stoke some immigrants’ fears about interacting with the federal government – especially in the current political climate, in which some advocates worry about how the information will actually be used.

Anne Stacey worked for the U.S. Census in 2009 and 2010, taking surveys in outer southeast Portland, and said some residents were hesitant to speak to her even then. She described visiting a Spanish-speaking household where a child told her to come back later that day because her father would be home, and he spoke better English. Stacey gave the child a pamphlet, printed in several languages, that explained that the U.S. Census Department merely collects and aggregates information – and does not give individuals’ information to other government agencies, including U.S. Citizenship and Immigration Services.

Stacey returned at the suggested time and, she said, the whole family was gone.

“I feel guilty to this day that I didn’t speak enough Spanish to reassure them,” Stacey said.

“I don’t think the Census should be a tool to make people afraid or to take away the ability to make sure areas get enough funding.”

Manjarrez noted many Latino families are “mixed-status” – that is, some family members are documented and some are not. Rising rents have also forced more families to “double up” in small spaces, likely increasing the number of mixed-status households in the Portland area.

Her organization is concerned about the fact that funding for the Census Bureau is flat – typically, in the years leading up to the 10-year count, the government increases funding to prepare.

Advocates are also worried about what the federal government will do with the information collected during the next census. The number of deportations in the U.S. has increased sharply in the last 10 years and under President Trump, who repeatedly promised to crack down on illegal immigration during his campaign, Immigration and Customs Enforcement – the 16-year-old federal agency that enforces immigration law – has grown more aggressive in its surveillance and detention of immigrants in the U.S.

In 2007, historians confirmed the U.S. Census Bureau provided the Secret Service with the personal information of Japanese Americans, enabling the federal government to more easily locate and incarcerate individuals with Japanese heritage.

The Commerce Department, which oversees the Census Bureau, announced at the end of March it would reinstate a question about citizenship, which it has left off questionnaires since the 1950s.

Shortly after that announcement, a broad coalition of local governments announced they would sue.

Manjarrez said her organization is researching the issue and also working to determine the best ways to do outreach to the communities they work with – both about why the census is important and how to keep themselves safe.

“This is going to be a top priority for us over the next few years,” Manjarrez said.