US Court Overturns Round-Up of Wild Horses in Oregon 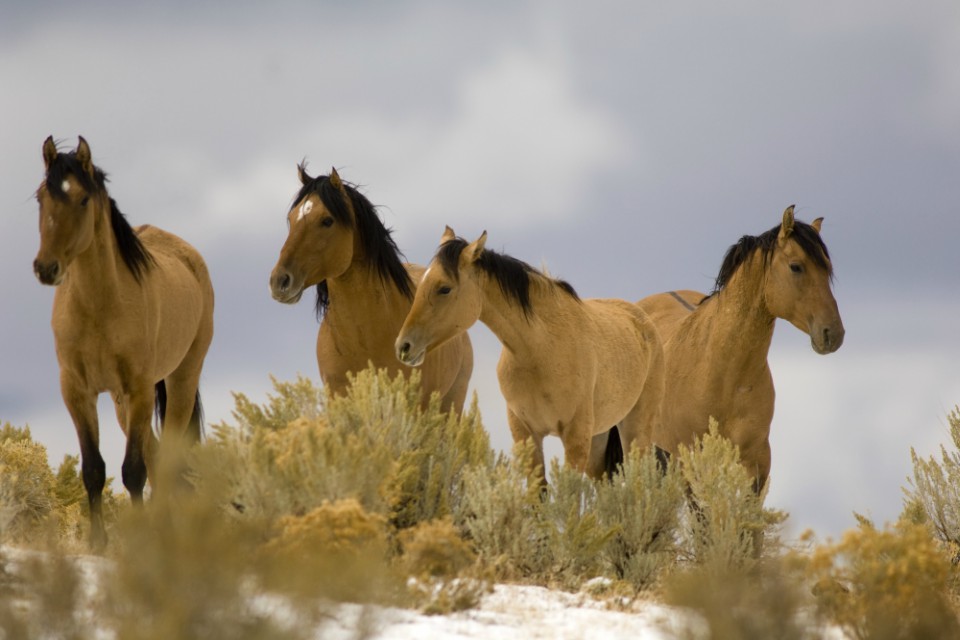 PORTLAND, Ore. (AP) — A federal judge has ruled that the U.S. Bureau of Land Management violated environmental law by rounding up wild horses in eastern Oregon without fully considering the impact of its actions, a newspaper reported Wednesday.

U.S. District Judge Michael Simon's ruling could mean that some of the horses will be returned to the Three Fingers Management Area in Malheur County, the Capital Press reported. The judge is expected to rule separately on what to do in light of the violation.

The nonprofit group Friends of Animals sued after the BLM gathered up the horses following a 2016 wildfire that made water and forage scarce. The agency had planned to gather up 50 horses before the blaze, but instead decided to do an "emergency gather" of 150 horses because the fire had burned up so much available grassland and made water scarce.

Friends of Animals alleged the emergency action "went far beyond what was necessary to control the immediate impacts" of the fire without a proper review under the National Environmental Policy Act, or NEPA.

Instead of permanently removing the horses, BLM could have relocated the horses, used fencing to keep them out of fire-damaged areas or provided extra water sources, the group argued.

The BLM should have conducted a new analysis of the environmental impact after the fire and not relied on its earlier analysis, Simon said.

Lucinda Bach, attorney for the government in this case, said she couldn't comment on the ruling.

Capital Press was unable to reach an attorney from Friends of Animals for comment.