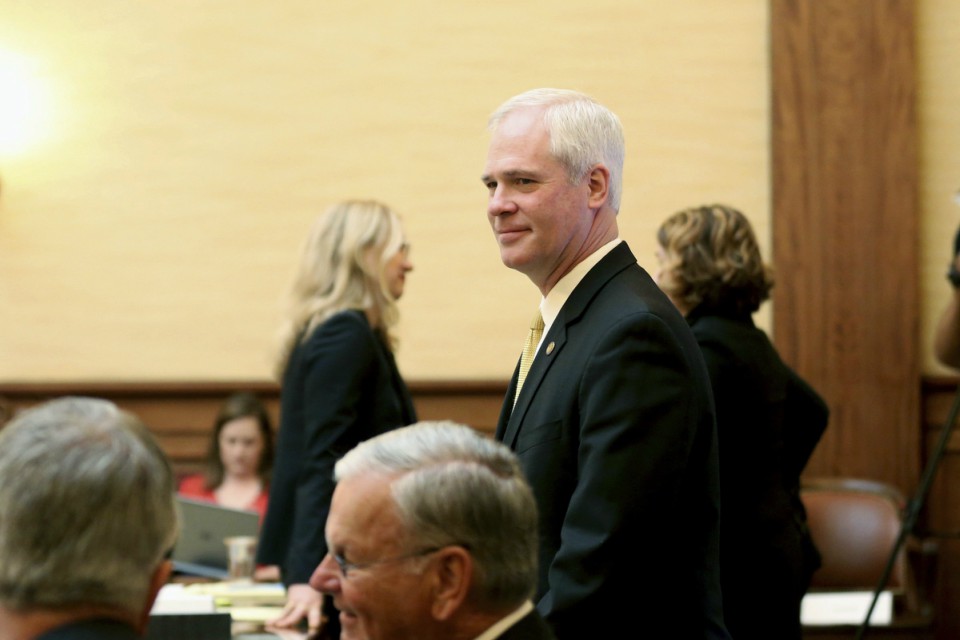 SALEM, Ore. (AP) — The Oregon Supreme Court on Thursday handed down the longest suspension in its history to a judge who refused to marry gay couples in the state, but stopped short of removing him from office.

Marion County Circuit Court Judge Vance Day had come to the attention of authorities after allegations he had refused to marry gay couples and had broken gun laws.

In 2016, an ethics commission recommended that Day be removed from office. Instead, the court ordered Day suspended for three years.

Despite public attention garnered by Day's actions toward gay people following same-sex marriage legalization in 2014, the court said his actions weren't a factor in giving him such a long suspension. Instead, in a unanimous opinion, judges wrote that other charges against him were serious enough to eclipse the issue.

"(Day) acted dishonestly and for his own self-benefit," the court wrote in a unanimously-endorsed opinion.

The opinion added that Day had knowingly lied, and that his misconduct "suggested a character that reflected poorly on his fitness to serve as a judge."

Phil Lemman, a spokesman for the Oregon Judicial Department, said the suspension was the longest in the court's history.

In its ruling, the court only dealt with ethics charges against Day, who also faces related criminal charges.

The most serious ethics charges stemmed from allegations that Day twice gave a gun to a felon who was in probation through a special court for veterans where Day was a judge.

In those incidents, the Oregon Commission on Judicial Fitness and Disability said Day had inappropriately singled out a veteran who was on probation through his court, including texting him, then twice allowed him to handle a gun, then lied to the commission during an investigation into the gun handling.

Another of the charges stemmed from an incident between Day and a referee at a soccer game in 2012. The commission said Day made a false statement in a letter he submitted as part of an investigation into the incident.

Day's public stance on gay marriage came later. After a May, 2014 ruling by a federal judge that legalized gay marriage in Oregon, Day instructed his staff not to schedule any marriages for gay couples.

The commission said Day's actions toward gays amounted to discrimination, and referred it and seven other counts related to the other incidents to the high court for final action.

The court ruled upheld six of the charges against Day, including allegations related to the gun handling, the soccer investigation, and his stance on gay marriage.

Particularly troubling, the court wrote, was Day's willingness to repeatedly make false statements during official inquiries, and his conduct during the gun handling case. That conduct, the court wrote, called into question Day's trustworthiness, undermining both his integrity and the integrity of the judicial system as a whole.

The court's action suspends Day immediately without pay, effective after two weeks. It doesn't affect criminal charges against him related to the gun handling allegations. Day's trial on those charges __ one each for official misconduct and for giving the gun to the man __ is scheduled to begin April 17.