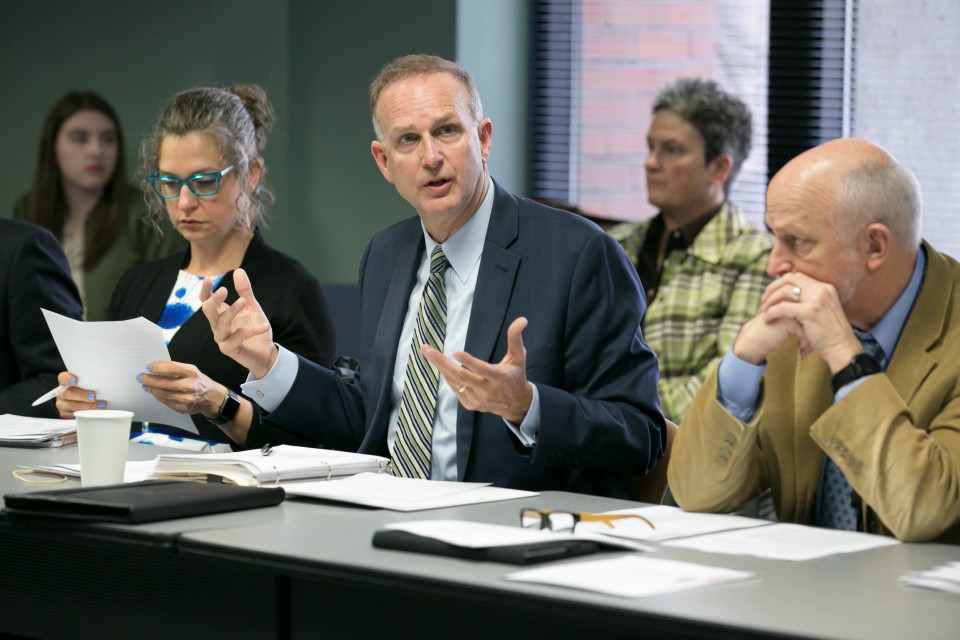 In the midst of a national debate on gun control fueled by last month’s Florida shooting, Oregon’s elected officials are working to publicize a newly enacted piece of legislation which makes it more difficult for dangerous persons to access firearms.

Passed by the state legislature in 2017, Senate Bill 719 calls into law Extreme Risk Protection Orders. Essentially, an ERPO allows courts to temporarily suspend a person from possessing guns or any deadly weapon, “if law enforcement officers, family or household members can show the individual poses a significant danger to themselves or others,” according to Multnomah County.

Also known as “gun violence retraining orders,” ERPOs have already been issued to three individuals in the county since the law got into effect in January of this year. Once a family member or police officer can prove that a person’s behavior is threatening, the respondent must surrender all firearms within 24 hours, including a concealed handgun license and any weapons that can be used with deadly force.

Charles Sparks, chief deputy at Multnomah County District Attorney’s Office, said he’s confident that a claim made against a potentially harmful person will be truthful.

“This happens all the time with stalking orders and Family Abuse Prevention Act restraining orders,” Sparks told The Skanner.

“Parents in some ways are uniquely credible. As a parent, you want what’s best for your child. You’re not going to come in and fake this. They’re going to be legitimately concerned that their son or daughter is going to hurt themselves or someone else.”

It’s also a crime to falsely obtain an ERPO. In other words, if a family member, roommate or police officer lies to have a gun de-possessed from a person, they could be prosecuted themselves.

By default, the ERPO will hold for one year unless a judge – with clear evidence that the person no longer poses a threat – decides to lift the ban earlier. The ERPO can also be extended if the risk remains after the order expires. That said, respondents are able to argue against the order (or its renewal) and have 30 days to request a hearing to contest it.

Once the temporary order does go into effect, it’s entered into Oregon’s Law Enforcement Data System, which then blocks any attempts of the respondent to purchase a firearm during a routine background check.

According to the Giffords Law Center to Prevent Gun Violence, death by guns has reached warzone proportions in the U.S.

Between 1955 and 1975, the Vietnam War killed over 58,000 American soldiers. That’s less than the number of civilians killed with guns in the U.S. in an average period of two years.

Homicide attributes to almost 35 percent of all gun deaths, while suicides make up 62 percent. Children and young adults under the age of 24 constitute 38 percent of all firearm deaths and non-fatal injuries, according to Giffords.

It’s statistics like these that have encouraged Oregon legislators, law enforcement, judges and regional partners to come together and find ways to increase awareness about gun violence restraining orders.

Oregon’s ERPO measure – which was first proposed by the Multnomah County District Attorney’s Office – was inspired by similar laws in Washington state, California, Indiana and Connecticut.

“If District Attorney Rod Underhill had not believed that this was useful, we wouldn’t have taken this concept down to the legislature,” said Sparks. “We see tremendous value in this, not only to the community that would be protected from an individual, but actually the individual himself or herself, as they’re often the person most in need of the protection.”

While Sparks added that this tool is in no way a silver bullet solution to gun violence, he said that typically after a mass shooting, warning signs tend to surface. “People will say, ‘I saw this coming, I heard him say things that really scared me. I tried to get help but I couldn’t.’”

An ERPO could be that helpful tool.

Multnomah County cited an analysis by Everytown for Gun Safety, which looked at mass shootings in the U.S. from 2009 to 2016. It found that roughly 42 percent of them include evidence that the shooter had exhibited dangerous warning signs before the attack.

The county also looked to the research of Dr. Jeffrey Swanson at Duke University, who estimates that over a 15-year period, “for every 10 to 11 gun-removal cases collected, one person's life was saved.”