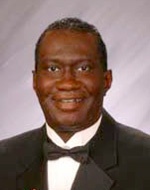 At the age of 12, when most kids are outside playing, James Thomason was hanging out at a funeral home. Thomason's mother, Irene, worked as a cosmetologist at Temple & Sons Funeral Home in Oklahoma City, Okla.
"She kinda drug me around the funeral home while she was working and I always wanted to know what went on in the back. She said, 'OK, I'm going to let you find out,' Now here 38 years later, I know what goes on in the back," Thomason said laughing.
Today Thomason is the first African American president in the 106-year history of the Washington State Funeral Directors Association. In August, he was elected president at the association's 106th annual convention held at the Campbell's Resort at Lake Chelan in Chelan, WA.
"I think it's mostly an honor for the African American community. I don't try to make it a big deal for or about myself," Thomason said. "The association is 106-years old, so I think that's worth mentioning… it's such a great honor to serve as president."
Currently, Thomason is the funeral director and embalmer with Mountain View Funeral Home in Lakewood, WA, where he has worked for the past 13 years.
"What the association does is we're an information point for funeral directors that have some issues or concerns. We offer assistance and families may call that have questions about funeral issues," said Thomason. "We strive to be professional, caring and informative to those families that we are privileged to serve."
Thomason was named Funeral Director of the Year in 2001, becoming the first African American and only the eighth person to receive this award in the association's history.
Born and raised in Oklahoma City, OK, to Irene and James Thomason, he graduated from Mount St. Mary's High School in Oklahoma City and earned two Master's Degrees, one in counseling psychology, the other in organizational management.
While living in Oklahoma, Thomason was baptized at the Allen Chapel AME Church and served as minister of music at Mt. Pleasant and Mt. Carmel Baptist Church. He also sang in the Ambassadors Concert Choir. For seven years, Thomason worked for the Bank of Oklahoma as a manager.
Thomason earned his bachelor's in Mortuary Science from the University of Central Okalahoma before apprenticing under Sammie T. Davis, Jr., the owner of McKay-Davis Mortuary.
In 1987, he moved to Los Angeles, where he worked for House of Winston and Harrison Ross mortuaries. While there, he continued his music ministry by playing and directing for several local church choirs.
At the request of his long-time childhood friend Zane Fitch, Thomason moved again in 1994, this time to Seattle. For a year he worked full time for Dayspring & Fitch Funeral Directors – he still maintains a connection with the firm. Then he went to work for Mountain View Funeral Home in Tacoma.
"I think he's a credit to our industry and he's going to make a great president," said James H. Noel, Executive Director of WSFDA who has 40 years of experience in the field. "I've known James for 12 years and I worked with him for a few years at Mountain View before retiring after 34 years."
Thomason is National Board Certified and holds an embalmer/funeral director's license in several states.
Awarded letters of appreciation for outstanding leadership from Archbishop John Quinn of the Archdiocese of Oklahoma and from the American Legion Post #35, Thomason is  in demand as a keynote speaker at state conventions and mortuary schools. He conducts workshop seminars across the country, training morticians through continuing educating courses.
Thomason has a daughter, four adopted sons and grandchildren
The Washington State Funeral Directors Association office is located in Tacoma. For more information on the association visit www.wsfda.org