Oregon Meth Deaths Higher than Ever 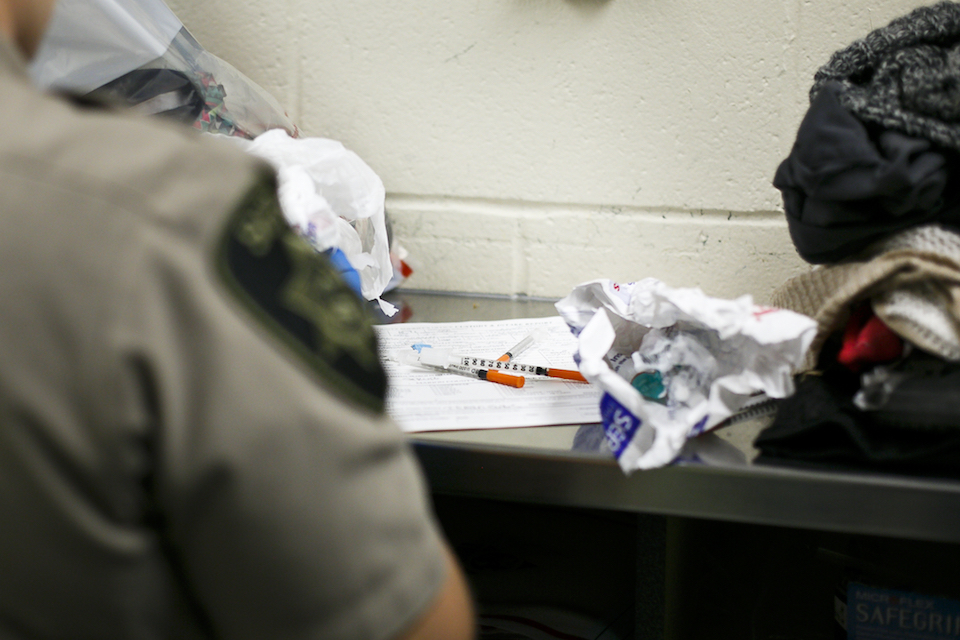 SALEM, Ore. (AP) — Meth-related deaths are higher now than they've ever been in Oregon, far surpassing the rates seen at the height of the meth crisis in the mid-2000s.

In 2016, methamphetamine contributed to more deaths than heroin and effectively matched the death rate from prescription opioids.

Experts disagree on why deaths are higher: Some say use is up, others point to an increase in the product's potency and purity. Others posit that those deaths could be a ripple effect from the state's opioid problem.

And there are some who say deaths actually aren't rising, there is just more attention being paid to overdoses now.

But the numbers have caught the eye of the Oregon Health Authority.

Matt Laidler, lead research analyst with the OHA, speculates that deaths are actually rising. In the coming months, he will be digging into the underlying death certificates and investigation reports.

"Answers are fairly sparse at this point," Laidler said.

Deaths have steadily risen since 2012, when there were 51 overdose deaths from methamphetamine, according to the OHA, which derived the data from death certificates.

Drug-related deaths reported from the medical examiner's office arrive at slightly different conclusions, yet show a similar trend. It reports that in 2016 there were 232 meth-related deaths and 124 heroin-related deaths; in 2012, those numbers were 93 and 147, respectively.

The reason for the discrepancy is the subjective nature of determining what constitutes a "meth-related" death. The investigation takes into account what drugs were in an individual's system and circumstances surrounding their death.

This subjectiveness adds another layer of uncertainty to an already complicated problem.

In her 32 years with the medical examiner's office, she has watched the number of people dying from methamphetamine use change.

She would see meth-related deaths "day after day" before identification was required to purchase pseudoephedrine — the critical ingredient used by meth labs.

Salem Police Lt. Dave Okada remembers the effect of meth on the community when Marion County was designated a high-intensity drug trafficking area around 2000.

"It was the heart of the methamphetamine epidemic," Okada said. "When I was working with the (drug) task force, we were finding superlabs everywhere," referring to clandestine operations capable of producing large quantities of meth.

In 2003, one year before the Oregon Board of Pharmacy adopted a rule requiring pseudoephedrine products (other than certain liquids and gel caps) be kept behind pharmacy counters, Oregon State Police reported 473 meth lab cases.

On April 6, 2005, the pharmacy board adopted the pseudoephedrine rule, which also included requiring picture identification for a buyer and logging each transaction.

On April 5, 2006, the board adopted a rule requiring a prescription for all pseudoephedrine products. In 2006, Oregon State Police recorded only 63 meth lab busts.

Oregon has seen a roughly 97 percent decrease in meth lab incidents since pseudoephedrine products were restricted to prescription-only availability, according to Oregon State Police.

"We all but saw meth labs disappear," Okada said. "We saw meth declining for a while, but then we saw the rise of heroin again."

HOW ARE HEROIN AND METH USE RELATED?

When meth essentially disappeared from Oregon streets, drug users chased the need to satisfy their high with heroin.

Okada said heroin was easier to purchase but users soon turned to prescription medications like oxycodone. The opiate is typically prescribed to treat pain.

"Heroin was becoming more prominent and at one point coinciding with the prescription medication and oxy trend," Okada said.

Chris Gibson, the executive director of the Oregon-Idaho High-Intensity Drug Trafficking Area, said the rise in heroin use can be explained by prescription opioid users who transitioned to heroin because it's cheaper, easily available and provides a more intense high.

Oregon health and law enforcement officials have since shifted their focus to opioid treatment on the heels of Gov. Kate Brown's recent opioid epidemic designation, but methamphetamine deaths have quietly and steadily increased over the past few years.

"Opioids are pretty lethal and can cause death by themselves, but meth is insidious," said Gunson, the medical examiner. "It kills you in stages and it affects the fabric of society more than opioids. It just doesn't kill people. It is chaos itself."

HOW ARE METH AND CRIME RELATED IN OREGON?

Okada points to increased property crime in Salem, which he said is directly correlated with people trying to steal property to raise money for drugs, including both methamphetamine or opioids.

"These people we're arresting for auto theft and burglaries are doing it because of their habits," Okada said. "Unfortunately, I think people forget that things like property crime are effects of addiction in our community."

In October, three Hubbard men were arrested in a drug bust where police seized more than 76 pounds of meth, more than $50,000 in cash and handguns. Three Salem men were also arrested on suspicion of trafficking heroin, methamphetamine and cocaine in October, where Drug Enforcement Administration agents found 18 pounds of meth packages and drug ledgers.

Over the past decade, meth-related convictions also have steadily increased, according to the Oregon Criminal Justice Commission.

Sentencing data compiled from 2008 to 2016 shows a consistent growth in meth possession convictions followed by meth delivery convictions, according to Kelly Officer, a senior research analyst with the justice commission.

Oregon law enforcement agencies are trying to curb drug use by focusing more on treatment options, especially with the use of drug courts, which target nonviolent high-risk offenders who have substance abuse disorders. The courts were created in an effort to reduce recidivism, according to the commission.

"We can't arrest our way out of this," Okada said. "It's a societal issue, and what we really need to do is continue with education and prevention efforts."

Okada acknowledged Oregon law enforcement agencies and public safety agencies are working together to tackle drug crime and drug-related deaths, but said it's going to take a cohesive effort like the "No meth in my neighborhood" campaign used in the early 2000s to curb meth use, in order to make a dent.

The campaign was a community-wide effort including public education of the signs of drug activity, signs of addiction and prevention efforts.