Minding the Business of the USDA Forest Service 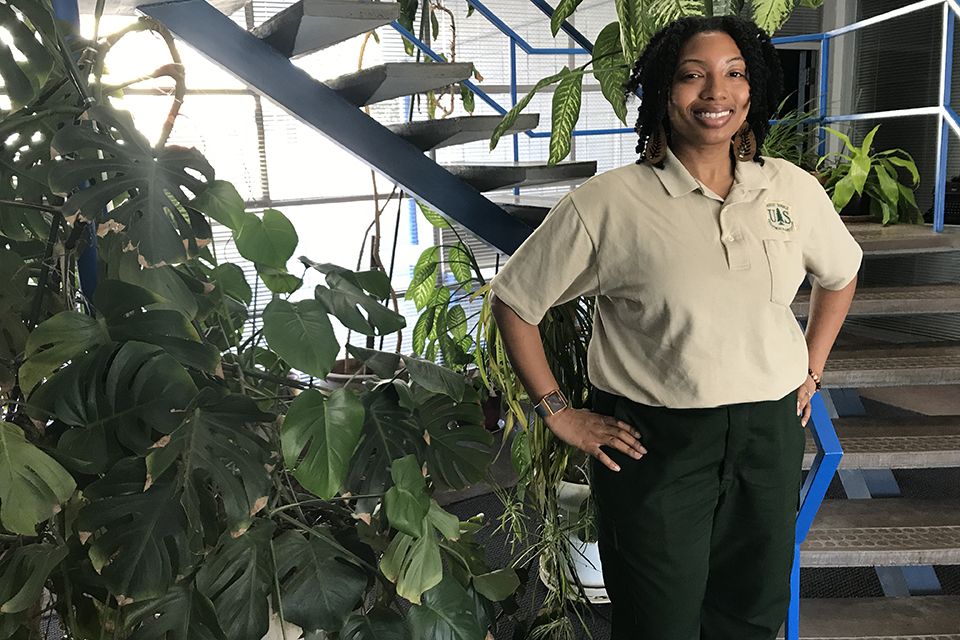 Stevonne Fuller majored in business and initially considered a career in finance before a chance encounter with a recruiter from the USDA Forest Service changed her mind.

Originally from Englewood, New Jersey, Fuller attended Florida A & M University and graduated from its five-year master of business administration program, which grants students a combined bachelor’s degree and MBA after five years of study. She considered careers at financial services firms like Ernst & Young, but then attended a career fair held by the university and met a Forest Service recruiter who was also a FAMU graduate.

“She explained the type of work that they did and what the mission of the Forest Service was, and how the job of the contracting officer helps support that. She pretty much sold me on it. I wanted to make sure I did a job that was helping people, and she definitely showed me that this position does do that,” Fuller told The Skanner.

Fuller works out of the Forest Service’s Vancouver, Washington office, managing internal and external contracts that help the Forest Service do its work. That includes both non-emergent infrastructure projects – like repairing a bridge on Forest Service land that needs to be updated for public access – as well as managing contracts during emergencies like forest fires. This can mean bringing outside contractors in where necessary, contracting with caterers to make sure firefighters at base camp are fed, lodged and have access to fire, and other tasks that accompany assembling a base camp.

Fuller recommends young people who are interested in doing similar work to pursue an MBA, which is required for some allocation certificates she needs to do her job. She said her work requires a high degree of flexibility and open-mindedness. A self-described “city girl,” she had never spent much time in the outdoors before taking her current job,  and attention to detail and customer service are needed.

“It really is a fun job. I think one of the most important things for me is when I get a chance to see the finished project and that actually, the contract is complete,” Fuller said. “Now I can see that this bridge has been constructed, and it’s going to help the public be able to access some of the areas that are very popular.”

Fuller has worked out of the same office since 2009, but it’s common for Forest Service employees to move to different agencies and divisions, and often it’s encouraged since seeing how different regional offices work can help employees grow. She’s also required to take 80 hours of continuing education every two years to keep her certifications current. Typically she takes courses that are specific to her role – for example, contracting law or ethics in contracting.

Forest Service spokesperson Shandra Terry said anyone interested in finance, accounting or contracting should consider a career path like Fuller’s.

“I think it’s super important for [readers] to know what’s attainable,” Terry said. “In the sense of discipline and education and career track, we need more of, we need our little girls to know that it is attainable -- that you become a success and that and that you can start off here, but you never know where you’ll end up with that education and that inspiration.”