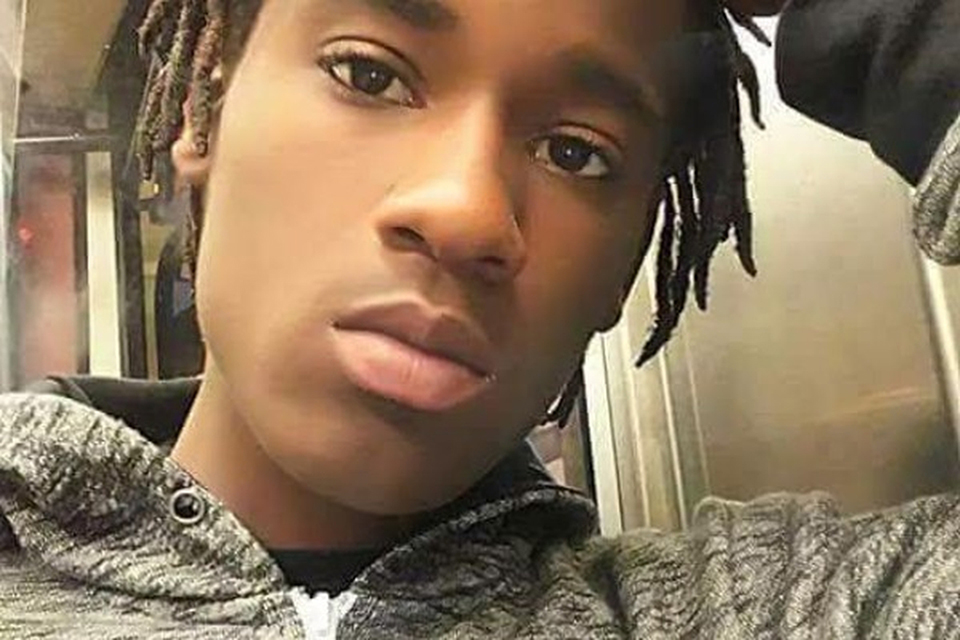 By The Skanner News
Published: 08 February 2018

Attorneys representing the family of Quanice Hayes, who was shot and killed by Portland police Feb. 9 of last year, have announced they intend to sue the office of Mayor Ted Wheeler.

The suit was first reported on Monday in an article for Longform, in which Portland journalist Leah Sottile reported on the last hours of Hayes’ life. Attorney Jesse Merithew was quoted saying the Hayes family was planning to file a tort claim with the city, which Merithew confirmed with The Skanner and other local media later that day.

According to a Wednesday morning press release, the Hayes family will hand-deliver their notice of intent to sue to Wheeler’s office Thursday at noon.

“The Hayes family refuses to allow Quanice’s death to go unanswered. Despite the grand jury’s decision not to bring criminal charges against Officer Hearst, the family is determined to do what it takes to get justice for Quanice,” Merithew said in the press release. “Quanice’s death is part of pattern by the Portland Police Bureau of killing unarmed young black people.”

The press release also mentions that the  the United States Department of Justice filed a lawsuit against the city based on its unjustified use of force against mentally ill individuals. It notes that while the DOJ’s lawsuit does not mention racial targeting, it lists 10 individuals killed by Portland Police and cited by USDOJ as having mental illness and notes that four were African American, where only 6 percent of Portland residents identify as African American.

Hayes was shot early in the morning on Feb. 9 in front of a Northeast Portland home. Officer Andrew Hearst, who shot and killed Hayes, fatally shot Merle Mikal Hatch in 2013. In March, a Multnomah County grand jury declined to indict Hearst in connection with Hayes’ death.

The tort claim letter, attached to the press release, also notes the Hayes family has not been successful in their attempts to get more information about what happened the morning Hayes died.

“Our knowledge of the circumstances of the incident is somewhat limited, largely due to the fact that the only non-law enforcement officer to witness the shooting, Quanice, is dead,” the letter reads. “While the Grand Jury proceedings in this case were recorded and made public, the process was inherently one-sided: the District Attorney's office presented evidence to the grand jurors that the shooting officer could not possibly have known, and presented evidence designed to vilify Quanice while painting the shooting officer in a highly positive light, making it seem as if the officer had no choice but to shoot Quanice. We disagree. Moreover, the city has refused to provide us records in its possession, despite repeated requests. Therefore, we again request you provide us all documentation in the city's possession that describes or documents this incident in any way. This request includes any 911 recordings, police reports, scene photographs, CAD recordings, MOAT text messages, data from employee phones, dispatch recordings, notes, internal affairs investigations or other similar investigations from within the city or outside agency, documents in your possession produced by others including but not limited to autopsy photographs -- relevant to the incident, communications with insurance providers, and any other documentation of any description related to this incident.”

A crowdfunding website to help with the Hayes’ family’s legal fees, www.crowdjustice.com/case/quanice, will go live on Thursday at noon.