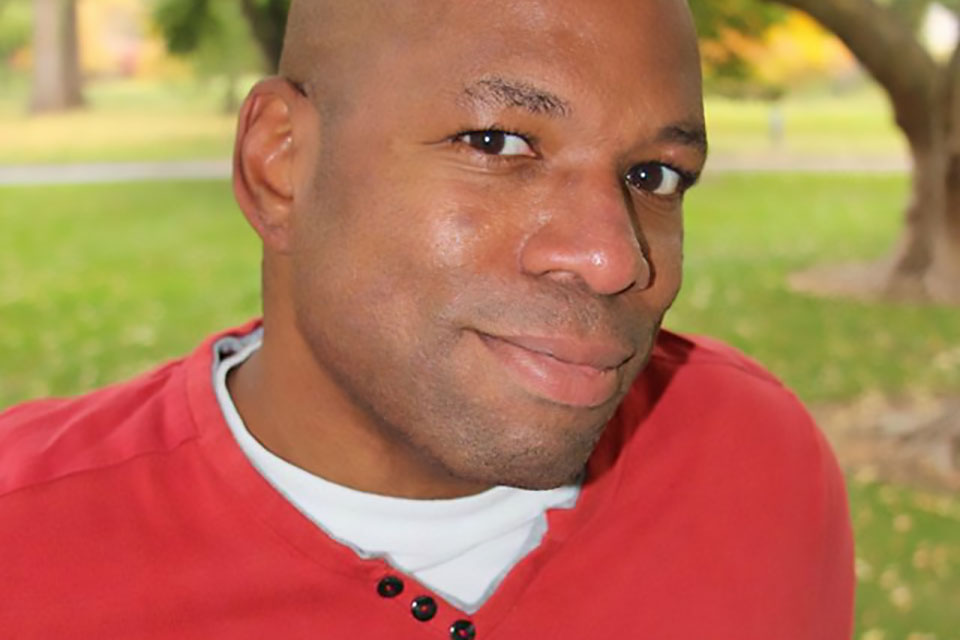 Nathan Brannon is coming back to Portland.

Brannon was born and raised here, but moved away a year ago, spending part of his time in Los Angeles and on the road. He’ll be at the Hollywood Theatre Jan. 29 to headline Minority Retort, an ongoing showcase for comedians of color hosted and produced by local comics Jason Lamb, Julia Ramos and Neeraj Srinivasan.

The goal of the standup showcase, according to event organizers, is to provide comedians of color – including local as well as national guests -- with a platform to speak their minds and share their unique perspectives, as well as reach the diverse comedy audience that exists within the so-called “Whitest city in America.” Opening for Brannon Monday will be Northwest comics Thomas Lundy, Mona Concepcion and Wilfred Padua. For more information about this event, click here.

Brannon won the Seattle International Comedy Competition in 2014 and was crowned “Portland’s Funniest Person” in 2012. He was voted into the Willamette Week's "Portland's Funniest 5" in 2013 while releasing his first comedy album, Black Out, the same year. In 2016, Nathan recorded his second album, Because, on Kill Rock Stars. He has opened for national headliners such as Dave Chappelle, Damon Wayans and Maria Bamford -- and he’s the creator and host of “The Hamster Village,” a podcast about interracial relationships.

The Skanner News talked to Brannon about performing in more conservative parts of the country, L.A. auditions and what makes Portland audiences squirm. This interview has been edited for space and clarity.

The Skanner News: The bio on your website says you’re “originally out of Portland, Oregon.” Are you still here?

Nathan Brannon: No, no. I moved about a year ago. I’ve kind of been all over the place.

NB: Part time. My family lives in a different town so I kind of commute when needed, for auditioning and showcases and stuff like that, but it’s not my center. I kind of split time everywhere.

TSN: You’re just kind of on the road all the time?

NB: Yeah, for the most part. I’ve been in L.A. for pilot season, I’m there when there are auditions, but the rest of the time I’m either with my family or on the road.

TSN: Have you been auditioning for network shows?

NB: Yeah, it’s actually funny. I’m new to it all, so it’s weird seeing new shows come out and seeing all the people that are picked over you, but it’s pretty great. [I’ve auditioned for] “Saturday Night Live,” Showtime, NBC, Comedy Central. “SNL” has been the biggest one. It kind of goes nonstop during this time of year.

TSN: Are you looking forward to being back in front of a Portland audience again?

NB: Yes, yeah I am. I’ve had a lot of experiences [on the road] so it’s always gonna be nice to kind of bring those stories back. There’s been a lot of really weird stuff. I moved right before the election. The town that my family is in, it’s a very nice town -- a progressive small town. But it is surrounded by more conservative areas. So in the middle of doing shows in that area, some of the audiences are really, really crazy. I’m excited to talk to, especially, a Portland crowd because I can say some stuff that I have had a harder time in other areas talking about.

NB: Yeah. I’ve done shows where it was very apparent that White supremacist groups were in town and they weren’t happy about me being there -- things like that. I still did the show. But I think when you get into situations like that, there’s a lot of stuff where you go, “Ah, I’ll hold [this joke], I’ll wait, I’ll wait until another show to talk about that,” just because you’re talking about you’re thinking about your own safety and stuff like that. I’m in San Francisco right now for SketchFest and it’s nice to come to a place where you can say things openly without feeling like you’re going to get a lot of pushback. Not to say the place where my family lives is bad at all. There’s a lot of great people there. It’s just that going around Idaho and Montana all those places are a little tough.

NB: Sometimes. There’s certain things, especially when it comes to comedy, because you can say things that may not jive with everyone in the pursuit of comedy -- and I think sometimes it can be too much to think about, you know?

I’ve noticed that in Portland I get a lot of groans for different things I say -- even about that joke, talking about my son being biracial. That particular joke was about me not looking a lot like him, so people think I stole him when we’re out in public. I’ve always noticed that especially in Portland, there’s people who really want to let you know that they don’t think that that’s right, you know, or a good thing. Sometimes it can get, they can internalize it a lot more than other places.

TSN: So people are sort of sitting, going, “Oh, that’s terrible,” rather than laughing?

NB: Yeah, and every place is different, but you go to other places and they’ll go, “Oh, I totally get that. That’s the greatest joke in the world!” And then you come back [to Portland] and it’s like, “Oooooh, I don’t know about that.”

It feels sometimes like it’s just to make sure that the people around them know that they don’t agree with what the situation is.  I’ve seen [people say], “I don’t agree with that!” to the person next to them. I can hear it because I’m on stage. I don’t let it bother me too much.

I’ve gotten groans, I’ve gotten much worse than that in my time doing comedy. The only time I ever kind of bite my tongue is when I think something might go down after the set, where you start thinking about your physical well-being. Other than that, not too much. I don’t have a problem with Portland audiences as far as that aspect, but if it happens, it happens.

TSN: What are some things about performing in Portland, or Portland’s comedy scene, that stand out to you now that you’re traveling all the time?

NB: There’s a lot of really good, really talented comedians in Portland. Not to throw shade at anybody else’s comedy scene around the country, but you’ll go other places and you’ll see that the level of development in the comedians, talentwise, out of Portland is just crazy. You’ll watch a showcase somewhere else and look at someone tell a joke and you’ll go, “That’s it? That’s where you stop?” You’ll know in Portland there’s comedians, and not just one or two, but a good-sized group of them that you have become accustomed to them not stopping at that point in the joke, you know -- kind of taking it further. You go other places and you get to see how talented Portland comedians are in the grand scheme of things, which is pretty awesome.

TSN: Anything else you want to say about this upcoming show?

NB: I’m excited about this show. It’s kind of an internal hope for me but I would love it if a lot of interracial couples came out, or just mixed people in general -- anyone involved in an interracial community. I do a podcast where I interview interracial couples and interviewing different people around the country and stuff like that, and [I want to talk about ] all the things that I’ve learned. I’m really excited for everyone to come out.