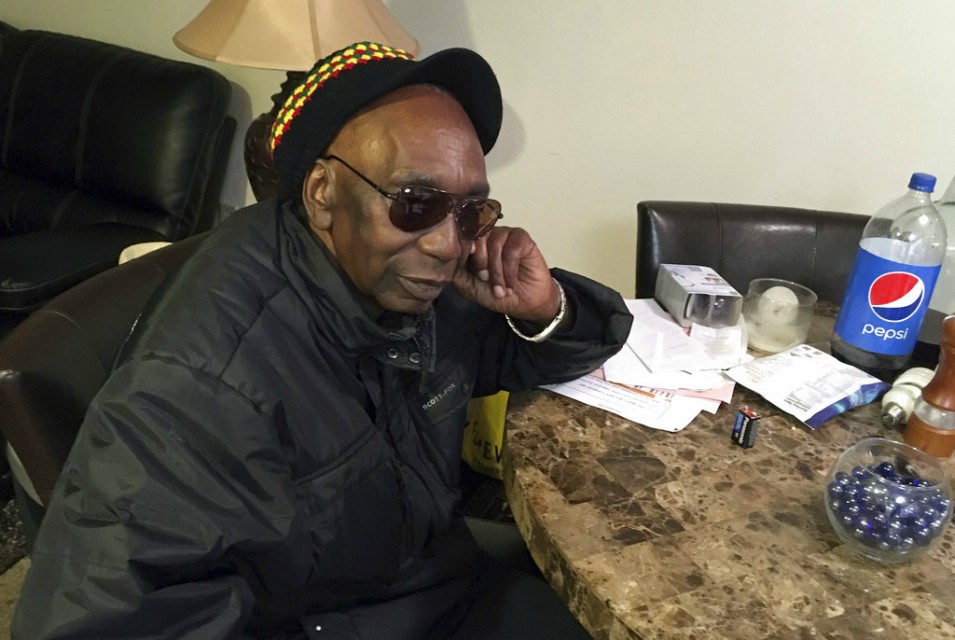 HARARE, Zimbabwe (AP) — One of Zimbabwe's most famous musicians who fled at the height of political repression says he is returning home for a performance after a dramatic change in government.

Thomas Mapfumo has not set foot in Zimbabwe since 2004, when he settled in Oregon. Jailed by the country's former White rulers over his protest music, he later was hounded by the Black government that succeeded them.

Mapfumo announced in a video message that he will perform in the capital, Harare, on April 28. "Friends and relatives, please come in large numbers so we can see and greet each other, as this has been a long time," he said.

Spokesman Blessing Vava confirmed the gig and said the new government has assured the 72-year-old musician of his safety.

Longtime leader Robert Mugabe resigned in November after 37 years in power when the military moved in, while Mapfumo's music blasted from car speakers to the crowds partying on the streets. New President Emmerson Mnangagwa, a longtime Mugabe ally, has said the southern African nation should let "bygones be bygones."

Mapfumo's new video doesn't comment on the new government. In an interview with The Associated Press in November, he said the new administration was nothing to celebrate about: "It's still the old train that we're riding but they've got a different driver now." But he said he wanted to return to Zimbabwe to perform in 2018.

His upbeat music has often featured lyrics of rebellion in English and the Shona language. He called the musical style he invented "chimurenga," which means "struggle" in Shona.

During the guerrilla war for liberation when the country was named Rhodesia, Mapfumo sang "Mothers, send your sons to war" in support of the struggle. After Zimbabwe achieved independence he performed in a 1980 celebration concert that also featured Bob Marley.

But several years later, Mapfumo became disenchanted with the government as Mugabe and his ministers enriched themselves while Zimbabweans became more destitute.

Police often warned they would arrest Mapfumo if he returned to the country on allegations of car theft.  But Mapfumo alleged it was the government that confiscated his cars as punishment for criticizing Mugabe in a country where musicians usually seek approval from authorities by singing pro-government songs.