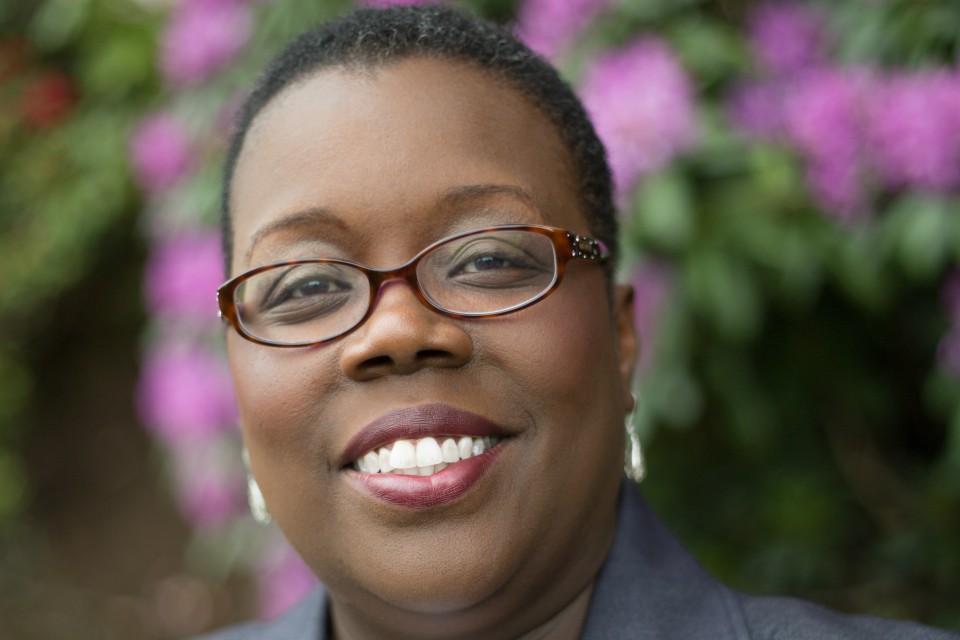 Adrienne Nelson is the first African American to serve on the Oregon Supreme Court. She was appointed to the position by Gov. Kate Brown on Jan. 2 to fill a vacancy left by retiring justice Jack L. Landau.

Prior to this appointment, Nelson served as a Multnomah County Circuit Court judge starting in 2006. Before that, she worked at Portland State University as a senior attorney and coordinator of student legal and medication services, and in private practice for the Portland firm Bennett, Hartman, Morris and Kaplan, LLP, from 1999 to 2004. She began her legal career as a public defender at Multnomah Defenders, Inc., and served from 1996 to 1999. Judge Nelson grew up in Arkansas, and earned her undergraduate degree from the University of Arkansas and her law degree from the University of Texas.

Growing up Nelson considered careers in medicine and law; her interest in the latter was cemented by a startling experience of injustice.

Nelson grew up in Arkansas and was set, upon her 1985 graduation, to be the valedictorian of her class. The school had never had a Black valedictorian before, and administrators decided to give the honor to the student with the next-highest GPA – a student who was White. That prompted Nelson’s mother to sue.

“It was devastating, because all of a sudden I was seen as someone other than who I was,” Nelson said. “It was difficult for me as a young person because I was in the middle of a controversy that I didn’t make.”

The suit ultimately did not go to trial, as the school rescinded its decision and Nelson became valedictorian. The law firm her family hired invited her to work for them, which she did after graduating and for two summers in college.

Asked for her advice for young people of color who might be interested in pursuing a career in law, Nelson said simply, “Go for it.”

“I’ve never regretted my decision to become a lawyer,” Nelson said. There’s not a specific path of study aspiring lawyers need to follow in college, she added. They just need to keep their grades up and stay focused on their education.

Nelson is active in the American Bar Association and has served on various committees including the Commission on Disability Rights and the Committee on Public Education. She is board chair of Self Enhancement, Inc. and sits on the Oregon Community Foundation Metropolitan Portland Leadership Council, the Reed College Board of Trustees and the Girl Scouts Beyond Bars Advisory Board. She has served as president of Queen’s Bench (the Portland chapter of Oregon Women Lawyers) and as an adjunct professor at Lewis and Clark Law School. Nelson said she intends to continue her volunteer commitments for the foreseeable future, but may reevaluate her schedule down the road, since the new job is based in Salem.

Nelson was appointed to Multnomah County’s Circuit Court in 2006 by then-Gov. Ted Kulongoski; at the time she was the second Black female judge in the state’s history. She has spoken highly of Kulongoski’s commitment to diversifying the judiciary, and praised Gov. Brown’s efforts as well.

“I think the governor has done a tremendous job of increasing the diversity of the judiciary,” Nelson said.

Committing to diversity begins with the governor, Nelson said, but voters can and should continue to vote to keep judges in their positions once they’ve been appointed. Voters should also not assume minority judges got to where they are due to preference policies, and should look at their qualifications. Nelson had to apply and be interviewed for the Supreme Court position, and she was the most experienced judge in the applicant pool.

When Nelson’s appointment was announced earlier this month, local leaders released statements of support and praise for her record, experience and compassion.

“I have known Judge Nelson since her early years in practice as a Deputy Public Defender,” said attorney general Ellen Rosenblum in a written statement. “She is known to always bring the highest degree of professionalism, integrity and intelligence to her work–and her compassion for the people she serves is legendary. The people of Oregon will be extremely well served by Justice Nelson, as they have been by Judge Nelson. On behalf of the Oregon Department of Justice, I extend sincere best wishes and congratulations.”

In the statement announcing Nelson’s appointment, Gov. Kate Brown praised Nelson as a “new voice” with a wealth of critical experience.

“Judge Nelson brings to our highest court an important, new voice and wealth of experience she has gained in 12 years on the trial bench. In addition to her work in the courtroom, she has made extraordinary strides to make the trial bench more receptive to the needs and experiences of diverse and underserved communities in our state. Judge Nelson is a widely respected civil rights champion, whose perspective on the bench moves us closer to our shared vision of justice for all.”