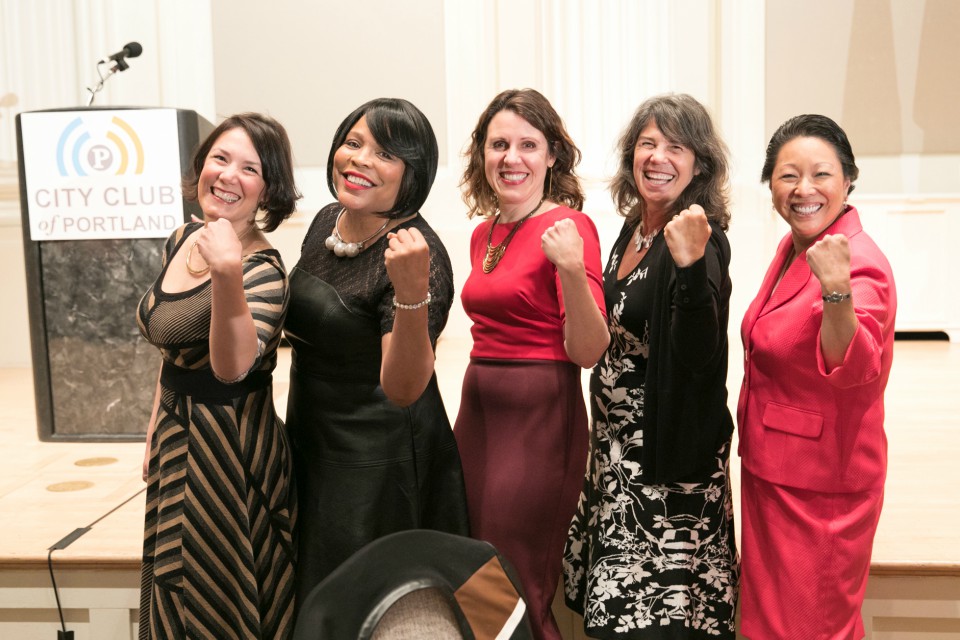 Multnomah County released a statement Tuesday saying Commissioner Loretta Smith and County Chair Deborah Kafoury had their first sit-down meeting over the weekend since a Dec. 21 incident in which Kafoury addressed Smith with an expletive at the end of a county board meeting.

“The Chair apologized to Commissioner Smith in person and both agreed they are stronger working together,” said the statement.

Kafoury had previously released a public statement saying she apologized, calling her actions “unprofessional and regrettable.” Kafoury is said to have called Smith the “b-word” immediately following a board meeting on Dec. 21.

The epithet came after Smith questioned Kafoury’s appointment of the county’s Chief Operating Officer, Marissa Madrigal, as her alternate should she be incapacitated.

At the meeting Smith asked the county to look more carefully into politically aligning Madrigal with Kafoury, since the chief operating officer is also responsible for remaining objective and curbing institutional racism.

Last week, nearly 20 constituents of Smith’s came forward and testified before the board, asking for Kafoury’s resignation; among them, fashion designer Kenneth Doswell and local activist Bruce Broussard.

A formal complaint to Madrigal was submitted on Jan. 7 on behalf of Alicia Byrd, an African American library employee.

The complaint is against Kafoury and calls for “a thorough and complete investigation into Chair Kafoury’s statements and behaviors as demonstrated during the Dec. 21, 2017 regularly scheduled board meeting.”

The filed complaint extends to her fellow commissioners Sharon Meieran, Jessica Vega Pederson and Lori Stegmann for not directly addressing Kafoury's expletive towards Smith. It also suggests that Commissioner Stegmann's “Statement to my Constituents” on her Facebook page following the incident "appears retaliatory in nature" when it pivots to an election fine Smith received from Oregon Secretary of State's Office.

Meanwhile, Smith’s campaign for city council is official: she formally filed for candidacy Jan. 2. To celebrate her platform, Smith is hosting an official campaign kickoff event scheduled for Jan. 13 from 9:30 a.m. to 12 p.m. at the Urban League of Portland’s Multicultural Senior Center.

Smith’s filing follows months of speculation that she violated the county charter by maintaining her position as commissioner, while at the same time campaigning for a city council seat as early as September, when she publicly announced her intention to run.

Her actions have stirred controversary largely because, since 1982, the county charter states that "no elected official of Multnomah County may run for another elective office in midterm without resigning first.”

As reported by the Portland Tribune, Smith argued that if she had not yet formally filed as a city council candidate, then she was not officially running and therefore not required to step down as commissioner.

Not true, said her critics. They called her campaign activities – announcing her intention to run, hiring a campaign consultant, launching an official website and accepting contributions – clear evidence of running.

The three other county commissioners, along with the chair, have since remarked that they are considering drafting a new rule that more clearly defines mid-term campaigning.

Yet underlining Smith’s preemptive campaigning is that fact Jerome Brooks – a former county employee of Smith’s – asked the Multnomah County Democrats in September for access to the party's voter database on behalf of Smith’s campaign. The story was first reported by the Willamette Week on Monday, after a reporter obtained Brooks’ email exchange.

Among Smith’s staunchest critics is election-reform activist Seth Woolley, who asked the commissioner to resign in December and threatened legal action.

His complaint over her campaign activities led to Smith being fined $250 by the Elections Division of the Oregon Secretary of State’s office. It found her guilty of breaking state elections laws by running for city council without changing

Smith was also fined $250 by the same office the month prior after county staffers were asked at a staff meeting whether they wanted to participate in campaign events.

To date, Smith has raised $57,000 for her city council campaign, according to Weigler, who said that campaign finance limits only apply to candidates running for county office.

“As the Secretary of State has now determined all her fundraising since Sept. 12 should be considered for a race for city council, the county's fundraising limits do not apply,” Weigler told The Skanner.

Smith is now one of four candidates vying for the seat of city Commissioner Dan Saltzman, who will step down after 25 years on the job. She goes head-to-head with the president of the NAACP Portland branch Jo Ann Hardesty, community activist Felicia Williams, and mayoral aide Andrea Valderrama.

“The opportunity to continue to fight for the most vulnerable on the Portland City Council would be an honor and a privilege,” wrote the commissioner in a September press release.

This story has been updated from an earlier version to more accurately reflect the substance of the November complaint against Smith.