The ‘People’s Plan’ Offers a Vision for Black Portland 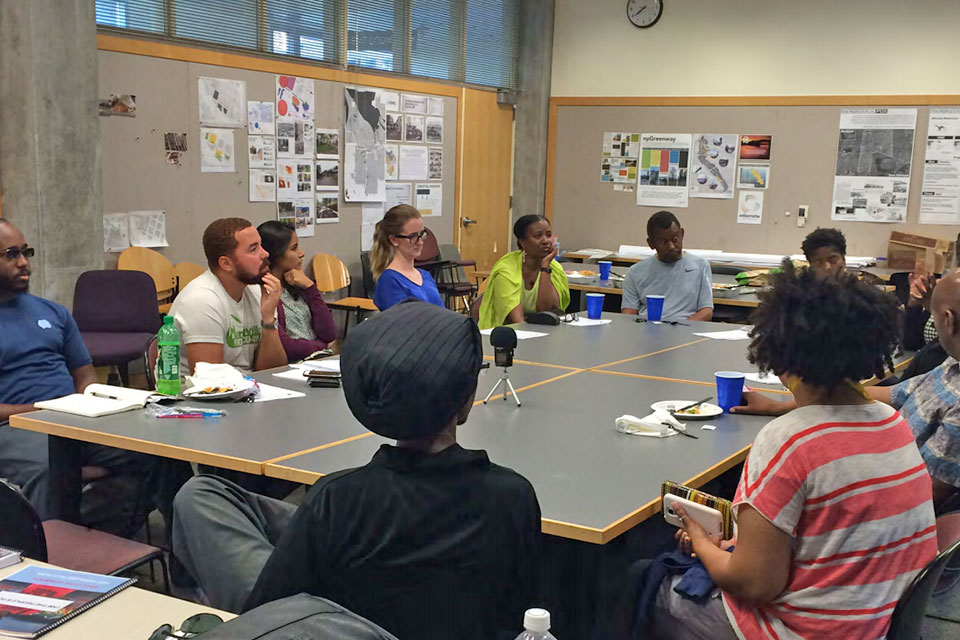 Compiled through interviews with some 400 Black Portlanders between May and August 2015, the 130-page document serves as a powerful tool to help shape the city to the needs of its African American population.

On Thursday, community members are invited to attend the official launch of the People’s Plan at Maranatha Church in Northeast Portland. The event will take place from 6:30 to 8:30 p.m. Thursday at 4222 NE 12th Ave.

Along with celebrating the hard work that went into the plan, the PAALF also present its key vision statements concerning areas of justice, housing, arts and culture, education, and more.

“All too often we get asked to come to the table after the discussion has already been made,” PAALF executive director, Joy Alise Davis, told The Skanner. “It feels very reactive, and we wanted a more proactive way of shaping our city.”

Davis explained how traditional planning models can often intimidate community members with technical language and complex processes. So instead, the PAALF designed the People’s Plan to empower Portland’s African American citizens on their terms. That way, the solutions are informed by the people they affect.

To gather the collective data, the PAALF’s team hosted 16 events around the city back in 2015 – from traditional committee meetings to happy hours, meetups and dance parties – where they surveyed African Americans on their experience of living in Portland.

They were asked to actively weigh in on what they want in a thriving, resilient Black community – and how to get it.

The survey was broken down into five questions:

Among the responses across all questions were: “If PDX was a utopia, Black community looks like me and you as family. Always looking out for each other…” “Youth are valued and respected – and elders are honored and revered…” and “If Portland loved Black people it would be the best city it pretends to be…”

The leadership forum then spent the next two years writing and editing the plan, as well as internally restructuring its organization.

The PAALF worked with grad students and colleagues at Portland State – including Dr. Lisa Bates, the director of the Center for Urban Studies who Davis called “the brainchild behind the project” – to apply an urban lens while sifting through the research.

Each topic area – housing, health, justice, for example – has its own chapter within the plan, where it’s then broken down into ‘the vision,’ ‘the problem,’ ‘advocacy and action,’ and ‘emerging ideas,’ based on responses from the Black public.

The end result is a “data-driven document for people to take to neighborhood association meetings, which typically tend to be White spaces,” said Davis, who added that the document itself reads as a point-to guide to identify problem areas and their proposed solutions.

As an extension of the project, the PAALF is currently meeting with various bureaus and departments, including the Portland Bureau of Transportation, to find out how their programs or services might align with putting the People’s Plan into action.