PPS Says it Will Reopen Tubman 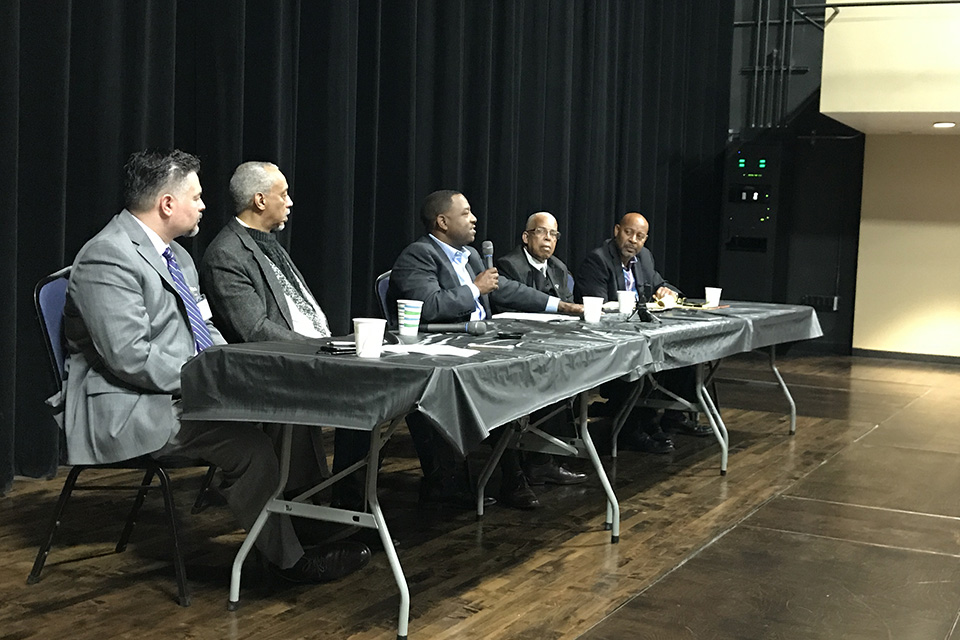 The school district is also exploring a Right to Return preference policy that would enable families who have been displaced from inner Northeast Portland to send their children to school in the district. Self Enhancement Inc. is conducting an anonymous survey – available on SEI's website – asking parents if they’re interested in sending their children to school in the area. SEI is also distributing paper copes of the surveys.

“This is much more than about a physical building,” Guerrero said at a Thursday-morning press conference in SEI’s auditorium. “This is about establishing and supporting a thriving school community.”

“This is a key landmark with a history of betrayal,” said Tony Hopson, SEI’s founder and CEO. Hopson and Guerrero sat on a panel alongside Albina Head Start director and longtime education activist Ron Herndon, as well as Dr. Leroy Haynes of the Albina Ministerial Alliance and Joe McFerrin, president of Portland Opportunities Industrialization Center.

In October, the school district’s plan to reopen the historically Black middle school – which closed in 2012 – appeared to have hit a snag as school board members voiced concerns about environmental hazards in the area. Hopson noted the previous promise that Tubman would reopen in 2017 led to the closure of SEI Academy.

Albina Head Start director and longtime education activist Ron Herndon said the environmental concerns are not new. The Tubman site is near the intersection of North Flint and Russell, uphill from the Interstate-5.

“The same arguments you hear now came up then,” Herndon said. “Can’t you come up with a new fake?”

“I’m just as concerned about those little kids,” Herndon said.

Guerrero said the site would need to be assessed thoroughly, but also that he had so far seen nothing in the records that should further delay the school’s reopening.

Herndon offered a brief history of the middle school, which opened in the early 1980s as a reaction to the perverse effects of school desegregation. In the 1980s, Black students were bussed from Northeast Portland to 32 different schools around the metropolitan area. The long distance from home made it hard for Black students to participate in extracurricular activities; White schools opened preschools and accelerated programs Black children couldn’t access.

While some of the arguments for and against reopening the school continue, he said, one thing is different: Guerrero’s engagement.

Herndon said he couldn’t remember a prior school superintendent being willing to appear at a press conference like the one that took place Thursday. He and Hopson commended Guerrero for his leadership.

“We hope today’s press conference will be a celebration of what will be, not a continuation of what has been,” Hopson said