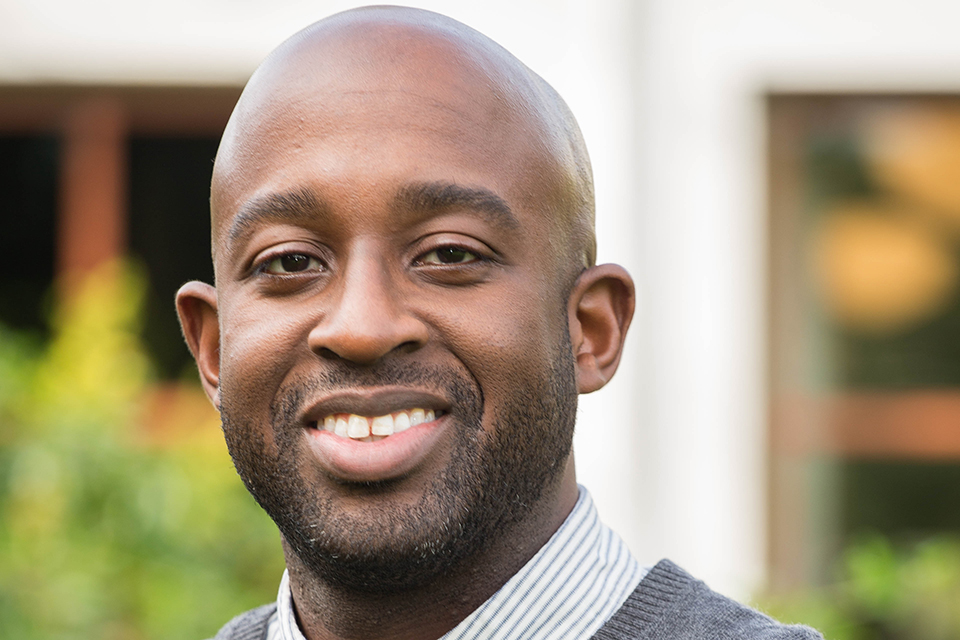 Police reform is at a crossroads in Portland.

The city just hired a new police chief – the first Black woman to serve in the position – after a nationwide search. Portland Police Chief Danielle Outlaw replaced Mike Marshman, the interim chief after Larry O’Dea retired after the revelation he had shot a friend in the back on an eastern Oregon camping trip.

And the settlement agreement the city reached with the federal government in 2012, after the Department of Justice found a pattern of excessive force against people with mental illness, faced an uncertain future. While attorney general Jeff Session has asked for a review of the DOJ consent decrees across the country, Mayor Ted Wheeler has asked the federal government to continue federal supervision of Portland police. The DOJ’s most recent report, issued in July, said the city was in partial compliance with most aspects of the agreement, but one of the key provisions – the creation of a citizens’ oversight advisory board – fell apart earlier this year when the board disbanded. This summer the city announced a plan to replace it with a new committee, but it’s not clear yet what that body will look like – or if it will even meet in public.

To get a sense of where Portland is and where it’s heading in terms of police reform, The Skanner sat down with Constantin Severe. He had served as Independent Police Review director since 2013, and has worked for IPR – a city agency that provides independent, civilian oversight of the bureau – since 2008. The day before the interview, IPR released the full report on its investigation of former chief O’Dea.

THE SKANNER NEWS: Your assistant director, Rachel Mortimer, was quoted saying she felt [Capt. Derek] Rodrigues was disproportionately disciplined. (Rodrigues will be suspended with two days’ pay, where three assistant chiefs implicated in the investigation were cleared.) Where do you land on that?

CONSTANTIN SEVERE: Given that some of that stuff is still outstanding, I can’t really talk about it, other than put anything that we wrote in the file. Anybody that got disciplined, they still have their appeal right. It’s still ongoing.

TSN: So where would you say the police bureau is right now, in terms of reform?

CS: Prior to the existence of the settlement agreement, we were basically at the complaint intake point, and we would forward the complaint to the investigator. The Department of Justice caused the city to focus on reforming the police bureau and put serious resources toward it. Before the settlement, there’s no way IPR would have been able to do an investigation of the chief of police. Our code didn’t really allow a streamlined way of interviewing police bureau members. We’ve gotten additional authority under the settlement agreement.

TSN: How are we doing in terms of compliance with the settlement specifically?

CS: There is a lot of work still to be done on the settlement agreement of just, one, complying with all the different provisions of the settlement agreement. The whole process around COAB, this has been a point where the city hasn’t done all it needs to do. There are COAB members, particularly people I admire like Avel Gordly, saying, “You know, we were brought into the situation where we weren’t provided adequate training. We have these real responsibilities but we’re not given the tools or the mechanism to be able to effectively deal with that.” I think there’s a lot of trust to be built back on the city’s end.

TSN: What are your biggest concerns about policing right now?

CS: The thing that we have to fight against in Portland is a sense of complacency. I think a lot of people feel that Portland is a very progressive place and we’re not wherever. I’m from Miami, and that was one of the things when I first came here was, like, “Wow, this place is not like Miami – in very good ways.” The thing is, we need to have a police accountability structure and a police bureau that meets our values and that we don’t try to measure ourselves against wherever. Like, “Our schools are better than the schools of Mississippi.” Well, we don’t live in Mississippi. That’s not our metric. Do we have the best school system that we in Portland, Oregon want? And the same goes for the police accountability structure.

TSN: What can the city do to be more transparent?

CS: On the policy stuff, the way I think IPR can help the community is to be engaged with the community, hear what are some of the issues that are bubbling up and see if we can do some policy work. Because the policy reviews, we can release that to the public once we’re done. And we should. It’s kind of enlightened self-interest. You make recommendation, and the recommendations are more likely to be implemented if the public is aware of it, the elected officials are aware of it, the public is invested enough to at least say something – even if it’s just two, three people commenting at a city council meeting.

In terms of misconduct and just being more transparent, there’s not really much the city can do. There needs to be a conversation on transparency at the state level – changing state laws, having a better balance. There might be certain cases where you kind of weigh them, and say, “That might need to be confidential.” But there’s some that I don’t know why they’re confidential. We create this whole aura, this mystique of secrecy. If you could just show people, they would get it. There are different jurisdictions that have different states that they’re in and different rules that apply to them. In Washington [state], you could look up any officer’s internal affairs complaints. You can look up the actual complaints, and look up the records and all that. You drive across the river and it’s not like that.

TSN: What kinds of complaints do you mostly see?

CS: In Portland, most officers get complaints about courtesy issues. “This officer used profanity, this officer was rude.” More often than not, it’s just like interpersonal communications that just didn’t go well. “I don’t like the way this officer came off to me.” Sometimes there’s deeper roots to those complaints – say if it’s a White officer and an African American person.

One of the things about going to an accountability system as opposed to thinking in terms of misconduct, is that when you talk about misconduct, there’s a binary choice. The officer did something wrong or he didn’t do something wrong. There’s a binary choice. There’s a winner, there’s a loser. Having a fully fledged accountability system, there are situations where the officer didn’t do anything wrong so to speak, but there is value in the city understanding that particular community member’s perspective. When you look at complaint statistics, African Americans make up like 20 percent of our complainants and 6 percent, 7 percent of the population (in Portland). That’s true year to year. Asians are underrepresented among our complainants, Hispanics are underrepresented. In some other cities you’ll see communities of color across the board file complaints at a higher rate. In Portland, a lot of times it’s very specific to the African American community. Part of understanding that is understanding the history going back 50, 60 years, even to the founding of that state.

You really can’t address that through misconduct investigations. But if you notice a trend of those type of complaints, that needs to be plugged into training. You can say, “How are you guys doing on providing training on interactions with people who are different from you?”

Most officers are college educated or at least have several years in the military. The police bureau generally is predominantly middle class, White and male. We have a city that is diversifying. The Portland that exists now is not going to be the same Portland that exists in 2030. We need to ask, how are we as a city equipping the police bureau and setting it up to be successful for a community that’s going to be, probably, less White and possibly a lot more economically fragmented -- where the core of Portland is going to be very upper middle class, the wealthy, gentrified area and outer Portland is going to be much more communities of color? There’s a lot of those types of questions that we really need to start having those kinds of conversations. It’s already happening in some instances but I think will be much more stark, the differences going forward.