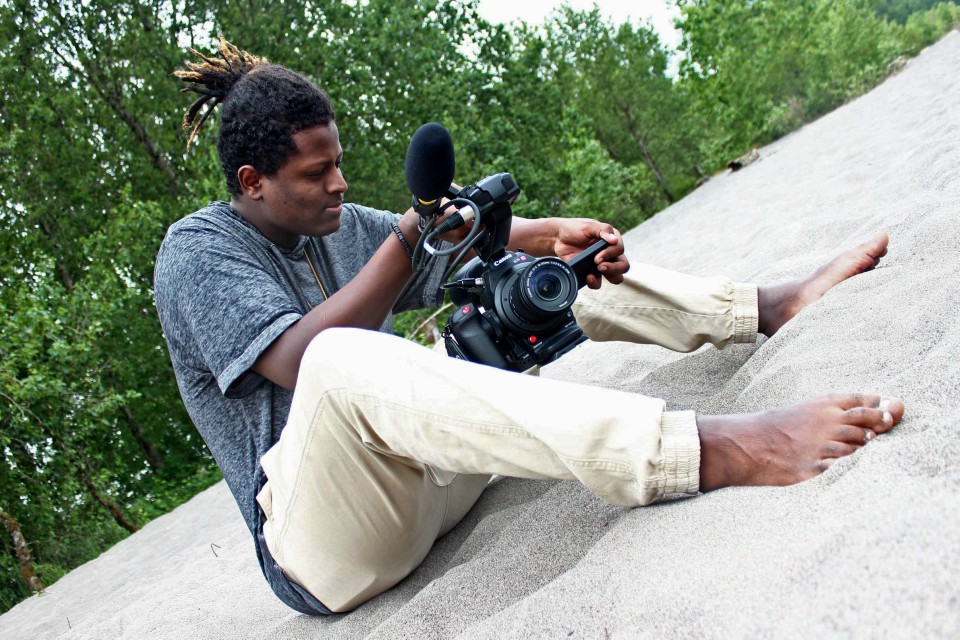 On Nov. 13, Portlanders have the chance to glimpse a fresh perspective of life on the streets in a city faced with a staggering homeless crisis.

Outside the Frame – a local nonprofit that offers filmmaking workshops to homeless youth – is hosting its annual gala at The Armory in Northwest Portland with the premiere of its new documentary, “Leaving Home.”

“At Outside the Frame, we realize that leaving home for the streets is not a choice, it’s a last resort,” executive director Nili Yosha told The Skanner.

Filmed over the past year, the documentary is an anthology of shorts made by two dozen youths experiencing homelessness in Portland.

"It’s not that I left home, I left my situation for something that could be better," says one young participant, named Unity, in the film.

“Leaving Home” takes the viewer on a journey of street life in the Pacific Northwest, while rendering the challenges and ambitions of marginalized youth through various points of view.

Since its foundation just two years ago, Outside the Frame has been teaching video production to young homeless people between the ages of 17 and 25, many of whom identify as LGBTQ.

The majority of its participants come to the organization from broken families or through the foster care system; several battle physical and mental health issues.

But at Outside the Frame, they can pick up a camera and learn the art of filmmaking as an intervention – while shaping society’s perception of homeless youth.

“Film has the power to open people’s hearts and bring into focus things we overlook,” said Yosha. “The process of making films teaches the youth job skills in a way that they want to learn. (It also) provides a creative outlet, and a way to expose their life stories to themselves and – more importantly – to those around them, which is us.”

Through film workshops and ongoing weekly programming, Outside the Frame trains over 20 youths at any given time. Moreover, it helps develop employable talents for their resumes. Participants recently produced films for both the Affordable Housing Bond campaign and the Right to Rest Act through such programs.

Last year Outside the Frame screened various film projects at 15 sites, including schools, youth groups, churches, synagogues, activist groups, as well as at a juvenile detention center. Its acclaimed documentary “The Lost Boys of Portlandia” premiered last year to a sold-out crowd at Revolution Hall.

“By screening the films, we show our community how these young people, normally regarded as useless throwaways, can be an asset to society,” continued Yosha.

The gala event will showcase additional new films made by and featuring Portland’s marginalized youth, along with talkbacks with the budding filmmakers.

A Lifetime Achievement Award will also be presented to Tia Plympton, a longtime educator at Outside In – a social services nonprofit for homeless youth, as well as co-presenter of the event, alongside Prosper Portland.

Free tickets can be reserved at http://bit.ly/otfgala. All ages are admitted. There will be refreshments and a no-host bar.