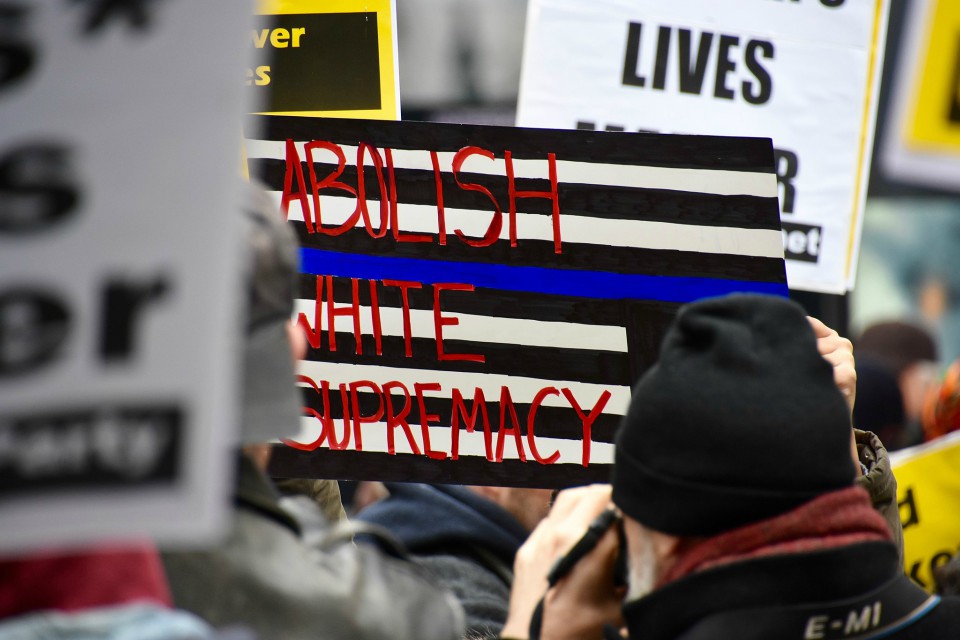 MEDFORD, Ore. (AP) — A group promoting white supremacy has been placing posters around Southern Oregon for months, alarming some residents who also have been taken aback by hostile exchanges on social media.

"This is not something America stands for," said Jordan Wellspring, a 26-year-old Medford woman. "When I saw this, it was just latent hatred, and I felt like I needed to do something about it."

Wellspring said she first noticed the True Cascadia posters in Ashland, and then friends in Grants Pass began sending her photos of the posters in that city.

She said she and other friends who have challenged @TrueCascadia on its Twitter feed and other social media have received threats.

"It's pretty intense," Wellspring said. "We've got to push them back to their caves."

True Cascadia posted a tweet Sept. 18 that read, "Mother Nature is a White Supremacist. She has continuously shown favor to her mightiest children."

"Regardless of what the content is, it's criminal mischief," O'Meara said. The stickers were taken down.

The fliers promoted white supremacy and the Nazi party. One flier said, "We will secure the existence of our people and a future for white children," along with "Cascadian Nationalist Resistance" and a Twitter handle.

Another flier read, "A storm is coming," accompanied by two swastikas and a silhouette of a person wearing a helmet worn by Nazis in World War II.

Grants Pass police took down True Cascadia posters about a month ago that proclaimed, among other things, "White, Proud, Unapologetic."

Grants Pass police Chief Bill Landis said the signs certainly can be alarming, and if they are located on public utility poles, they would be considered criminal mischief and would be removed.

While free speech protects many of the statements that might be made on these signs, Landis said it could fall into the hate-crime category depending on where the offensive poster is placed, such as a swastika on a synagogue.

"Now they morph," he said. "They have spinoff groups."

Two websites use the True Cascadia name and have a markedly similar look, including identical photos, but opposing messages. TrueCascadia.net promotes anti-fascism and anti-capitalism, while TrueCascadia.com promotes white ethnic consciousness and refers to itself as an "alt-right group."

The Mail Tribune didn't receive email responses from either of the True Cascadia websites.

Alexander Baretich with Cascadian Coalition Against Hate said in an email that other groups have attempted to co-opt the Cascadia name.

On his Cascadian Coalition website it states, "We do not tolerate hate-filled ideology, supremacy, oppression or hatred in any form for any reason."

Brittney Mesica, a 26-year-old Grants Pass resident, said she is Jewish and it has been offensive to see the True Cascadia fliers as well as a swastika painted across from a restaurant where she works.

"This is unacceptable," she said.

While shaming some of the Twitter posts from True Cascadia, she said, "I had received some derogatory messages, including one using an anti-semitic phrase similar to the word 'bimbo.' "

She said another message to her referred to the wood-fired oven where she works, which she said she took as a reference to the ovens used by the Nazis to exterminate Jews.

"That was disturbing to me," she said. The hostile message also identified where she works.

She responded on Twitter to @TrueCascadia by saying, "NAZI SCUM, Show your faces if you're so proud."

Both Mesica and Wellspring asked Twitter to take down the account for @TrueCascadia. They said they thought the account had been removed, but it appeared to be still accessible Monday, though there hadn't been any new posts since Sept. 22.

Jordan said she thinks True Cascadia uses different Twitter handles so it can continue to use the social media site.