PCC Gears Up for Bond Measure Vote in November 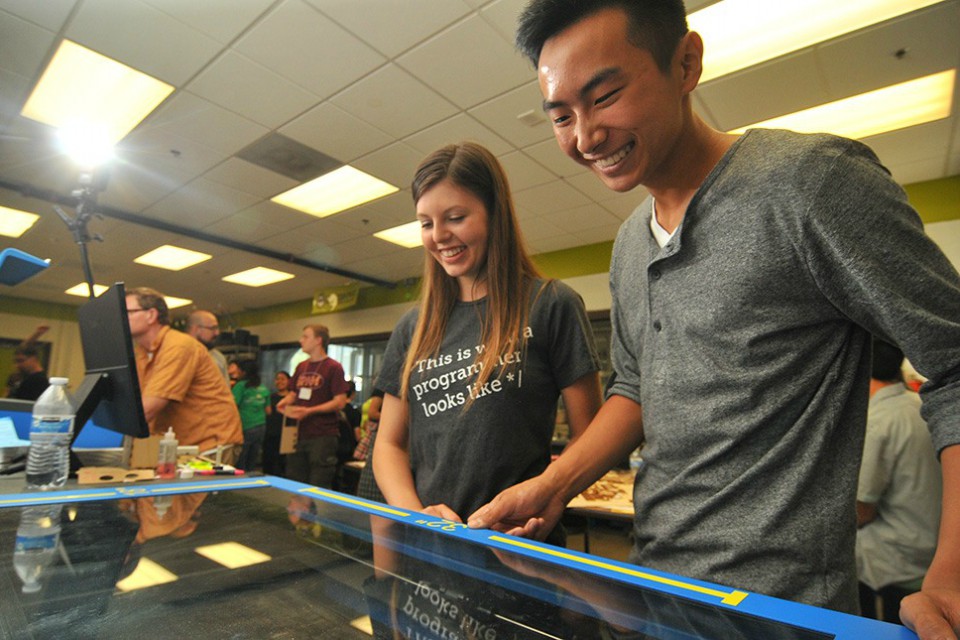 Portland Community College is asking that voters think to the future of workforce training when they hit the polls in November.

As the largest post-secondary institution in Oregon, serving nearly 78,000 students, PCC has put forward a bond measure that, if passed, will provide $185 million towards revamping job training centers and updating facilities to be more modern, safe, and cost and energy-efficient.

“It’s important for our students to be trained and study on equipment that’s going to be used in the workplace. It gives our students an economic and workforce advantage that they might not have otherwise,” said Sylvia Kelley, executive vice president of PCC, who called the some of the college’s buildings ‘ancient.’

The bond, called Measure 26-196, is a renewal of an expiring $144 million bond passed in 2000. At that time internet use accelerating in homes and businesses, which meant technologies in educational institutions had to evolve. Seventy-two percent of Multnomah County residents voted to pass it back then.

Today’s bond, at $41 million more, is estimated to maintain the tax rate of 40 cents per $1,000 of assessed property value. And that’s good for the next 16 years.

“One thing that was important for us is recognizing the increased cost in housing in this region and the growth that’s occurred,” Kelley told The Skanner. “And the affordability for our students and our communities matter to us. We decided it would be important for us to maintain the same estimated tax rate moving forward.”

Simply put, passing the bond measure will not cost taxpayers anything extra. Moreover, says PCC, every $1 invested in PCC returns $12.50 to Oregon’s economy in the form of state revenue and social savings.

The college passed another bond in 2008 – separ

In spite of the recession, PCC was experiencing tremendous growth, with a 40 percent increase in enrollment. The 2008 capital construction bond thus funneled money into building classrooms and expanding staff and student spaces across all campuses.

Special attention was given to PCC’s southeast campus, which doubled its size from 94,000 to 200,000 square feet.

With 85 percent of PCC’s operational budget going towards staffing, little is left over to finance major renovations and new buildings. That’s where bond measures come in.

“What we’re trying to do is to provide relevant education on technology and equipment for those jobs that are going to be in demand in our region,” said Kelley.

In particular, PCC says Measure 26-196 will improve equipment and facilities in the training of science, technology, engineering, arts and math (STEAM) jobs.

“We’re trying to create jobs that we know will be sustainable,” added bond program director Linda Degman. “And, for example, we know there’s a rising need for health care workers.”

PCC’s Sylvania campus is its oldest, with some buildings nearing 50 years. The bond monies would renovate its Health Technology building, which houses classrooms for both STEAM and health professions. The renovation would include science and biology labs, nursing education suites, and faculty workspace.

PCC’s Portland Metropolitan Workforce Training Center will also get a facelift if the bond passes.

“That project really focuses on bringing together services and re-training people to allow them to have living-wage jobs,” said Degman on the importance of bringing the site up-to-date.

In addition to reviving job training centers and facilities, the bond will invest in the safety and security of PCC campuses, as well as expand child care services for students with children.

“We have a high level of support for what we do in this region,” said Kelley. “I’m confident that the polling we have done over the past couple of years indicates that, because about 60 percent of the population in this region has either attended PCC or has a family member that’s attended.”

According to the bond’s official campaign consultant, Angela Martin, over 70 percent of voters with a relationship to PCC favor the measure. But voter approval is still over 50 percent for those who have no connection to the college.

“Our only opposition is apathy,” said Martin, who added that PCC campaigns are among the most positive she’s worked with.

Voters in Multnomah, Washington, Clackamas, Columbia or Yamhill counties can vote on the bond in November.

The college is also hosting a series of free forums to unpack the bond for the voting public.

Each will begin at 5:30 p.m. and include a short presentation, followed by a question-and-answer session: