Danielle Outlaw Sworn in as Chief of Police 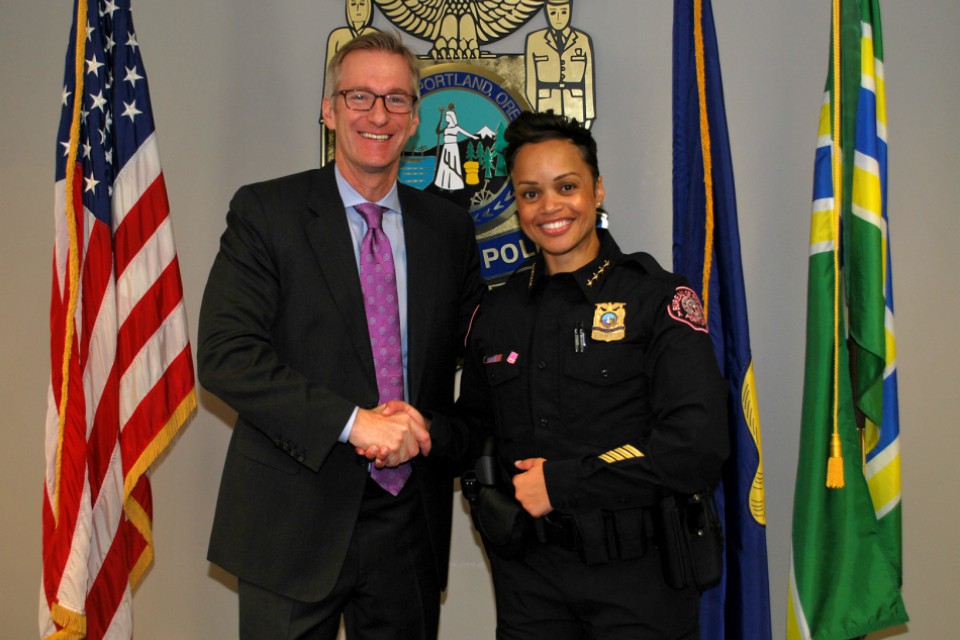 Danielle Outlaw was sworn in today as the Chief of Police for the Portland Police Bureau.

She is the 48th Police Chief since 1870, when the Metropolitan Police Department was formed. Chief Outlaw was selected as Chief of Police in August by Mayor Ted Wheeler, following a national search.

She is the third woman to be police chief in Portland and the first African American woman to hold the position.

Chief Outlaw was most recently a deputy chief for the Oakland Police Department, where she served for 19 years.