Tillman’s Firing Ignites Plan for Systemic Racism in the County 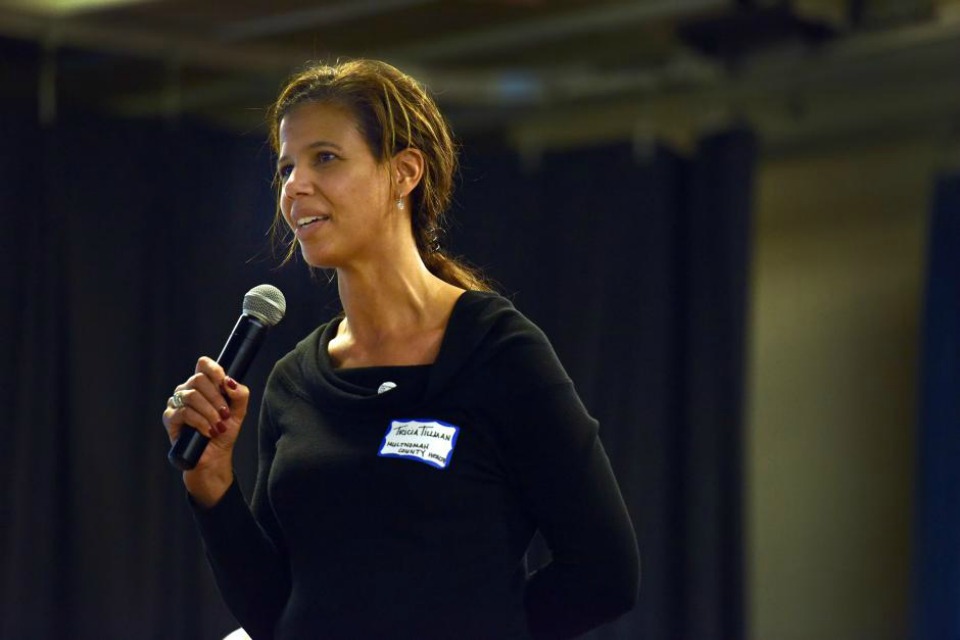 Karfoury’s official announcement last Friday came on the heels of a public hearing where more than a dozen people testified about experiencing or observing systemic racism within the county’s workforce.

“I want employees at Multnomah County to know their complaints will be heard, they’ll be addressed, and we will not tolerate bigotry or discrimination in our workplace,” the chair stated.

Kafoury said the county will hire an outside employment consultant to review and make recommendations to improve its hiring and retention practices regarding people in protected classes, which include race, ethnicity, gender identity, disability and more. The consultant will also evaluate the effectiveness of the county’s current process for addressing complaints.

The hearing and subsequent Workforce Equity Strategy stemmed from Tillman’s call for a re-evaluation and investigation into her recent firing – as well as a broader look into the pattern of racism and disparate treatment of leaders of color at Multnomah County.

Tillman, a 12-year veteran of the county, was asked to step down from her role as director of the Public Health Division, a position she held in the health department since January 2015.

In a Sept. 7 letter addressed to Kafoury and obtained by The Skanner, Tillman outlines how she took an approved Family and Medical Leave in April – to care for her mother who has recurrent stage four lung cancer – but communicated with her department about returning to her job in early July.

On Aug. 18, six weeks into her return to the county, Tillman claims she was asked by health department director Joanne Fuller to “gracefully” exit from the county. According to Tillman, Fuller had explained that her role as public health director “was not working out” and that “no long-term option existed for me in the county.”

As the first public health director at Multnomah County who is not White, Tillman stated in her letter, “This treatment smacks of institutional racism and disparate treatment. It contradicts how other senior leaders who are not Black are treated, and conflicts with county and health department values of workforce equity and life-work balance.”

Tillman calls the county’s actions “incongruous” with her track record; and the change in leadership “unpredictable,” “disrespectful” and “non-transparent.”

Last April, County Commissioner Loretta Smith filed a tort claim notice against the county after Kafoury opened an investigation on her alleged misuse of county resources and bullying of employees. Smith called the investigation “politically and racially motivated.”

None of the evidence against her could be substantiated, although the report did find “serious concerns” over her interactions with some members of her staff.

In Tillman’s case, the former public health director claims that despite requests for more information, she was given no specifics on her dismissal.

In the letter to Kafoury, she points to a conversation she had with the county’s HR director, during which it was brought to her attention that two subordinates had expressed being unable to work with her. Tillman mentions that both employees had received promotions into their current positions while on her leadership team.

According to the letter, in the weeks following Aug. 18, Tillman was offered just over four months of severance, after hours of negotiating with an attorney.

Tillman’s lawyer, Dana Sullivan, told The Skanner that there was an implication that her dismissal was performance related; yet the feedback Tillman has received over her two- and-a-half years as public health director is overwhelmingly positive.

“She has a remarkable record related to health equity, diversity and social justice. If it comes down to a dispute about how she performed in her role, she’s confident that her accomplishments will speak for themselves,” said Sullivan.

Tillman received a Martin Luther King Fellowship from Boston University and a public health fellowship through the Congressional Black Caucus Foundation. In 2010 she was honored with a Women of Achievement Award from the Oregon Women’s Commission.

Prior to her leadership position, Tillman served the county in various health equity roles from 2000 to 2009, during which she launched the Multnomah County Health Equity Initiative and received formal recommendations alongside positive feedback and performance reviews.

From 2009 to 20014, she was the director of the Oregon Health Authority's Office of Equity and Inclusion.

Following Tillman’s letter to Kafoury is a two-page appendix outlining her achievements as public health director, among them, establishing the Multnomah County Public Health Advisory Board and overseeing the development of an equity-focused Community Health Improvement Plan.

She also highlights that she worked in partnership with Fuller, and that her accomplishments as public health director were met with approval and satisfaction by her superior.

The director of the Public Health Division oversees a budget of $54 million and manages close to 300 employees.

Tillman is asking Kafoury for severance that is consistent with her 12 years at Multnomah County and “your consideration of the unfair and damaging impact this discriminatory process has had on my professional reputation and well-being.”

Sullivan said no tort claims notice or complaints with the Bureau of Labor and Industries have been filed on behalf of Tillman.

Multnomah County told The Skanner that Fuller and Human Resources cannot comment on personnel matters, but Kafoury did issue the following statement after news broke of Tillman’s dismissal:

“I take complaints of discrimination and retaliation very seriously. I can assure you that I am investigating the complaint and will be taking appropriate action. We have a legal and ethical obligation to our employees, and to the public, to determine the facts.”