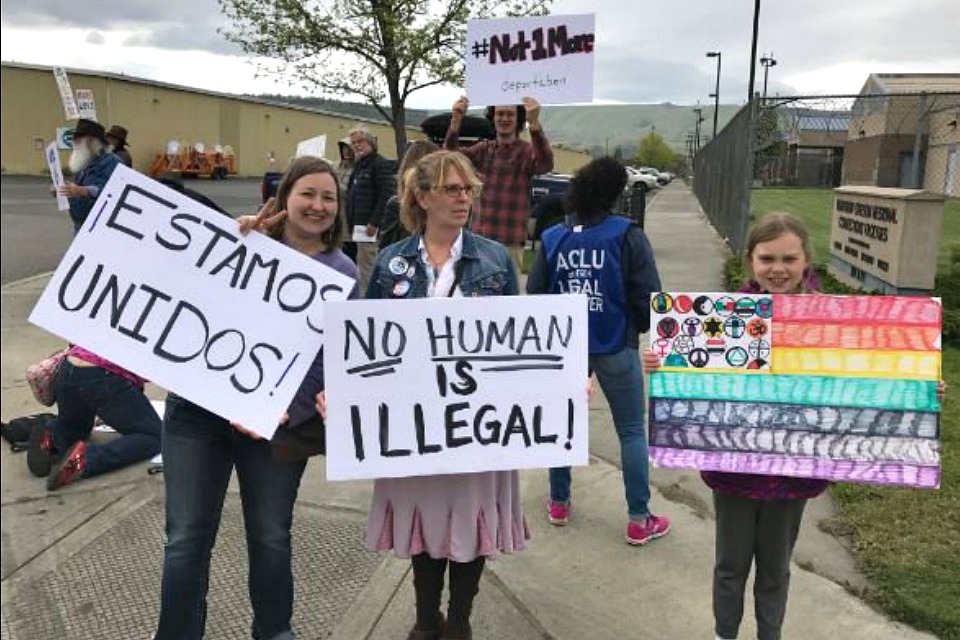 THE DALLES, Ore. -- The American Civil Liberties Union Foundation of Oregon (ACLU of Oregon) sent a letter to administrators at Northern Oregon Regional Correctional Facility (NORCOR) in The Dalles demanding an end to inhumane conditions for immigration detainees.

The ACLU of Oregon threatened to file a lawsuit if the jail doesn’t remove all immigration detainees or dramatically overhaul conditions.

“NORCOR is a cruel and inhumane place to be,” said Mat dos Santos, legal director at the ACLU of Oregon. “Over the past several months we’ve spoken with dozens of people locked up at NORCOR while they wait to be deported. Detainees consistently describe poor conditions at the jail that violate the U.S. and Oregon constitutions.”

An ACLU of Oregon investigation into NORCOR has revealed multiple violations of rights guaranteed to immigration detainees including:

This spring, detainees at NORCOR went on a hunger strike to bring attention to the poor conditions at the jail. Local residents and clergy formed a group called the Gorge ICE Resistance and have held rallies and protests outside the jail in support of the detainees.

“People detained at NORCOR and Gorge community members are demanding an end to the unconscionable conditions inside NORCOR,” said Hannah Harrod with the Rural Organizing Project, a statewide network of over 60 all-volunteer groups working for democracy and human dignity.

“Gorge communities are setting a powerful example of a community prioritizing the safety and well-being of their neighbors above the racist policies that are tearing apart families and the fabric of entire communities.”

Solea Kabakov, a resident of The Dalles and a leader with the Gorge ICE Resistance, said the situation at NORCOR has rocked the Gorge community.

“Not only are we fundamentally against the unjust detention and deportation policies in effect nationwide, we recognize that the situation at NORCOR is an even greater injustice due to our jail being woefully unequipped to house civil detainees,” said Kabakov. “This is a human rights crisis.”

According to the ACLU of Oregon, NORCOR, which serves four Oregon counties, is regularly holding between five and 30 ICE detainees, a number which could climb dramatically as the Trump administration initiates nationwide immigration enforcement actions.

Last year, the jail brought in $500,000 from the federal government for imprisoning immigrants awaiting asylum and deportation hearings. This year, the payments are expected to climb to over $1 million.

“NORCOR is profiting off of President Trump’s cruel immigration enforcement surge and underwriting the jail on the backs of immigrants,” dos Santos said.

The letter is online at https://aclu-or.org/sites/default/files/field_documents/acluor_norcor_demand_letter_9.12.2017.pdf.

This release is online at https://aclu-or.org/en/press-releases/aclu-oregon-threatens-sue-jail-over-inhumane-treatment-immigration-detainees.