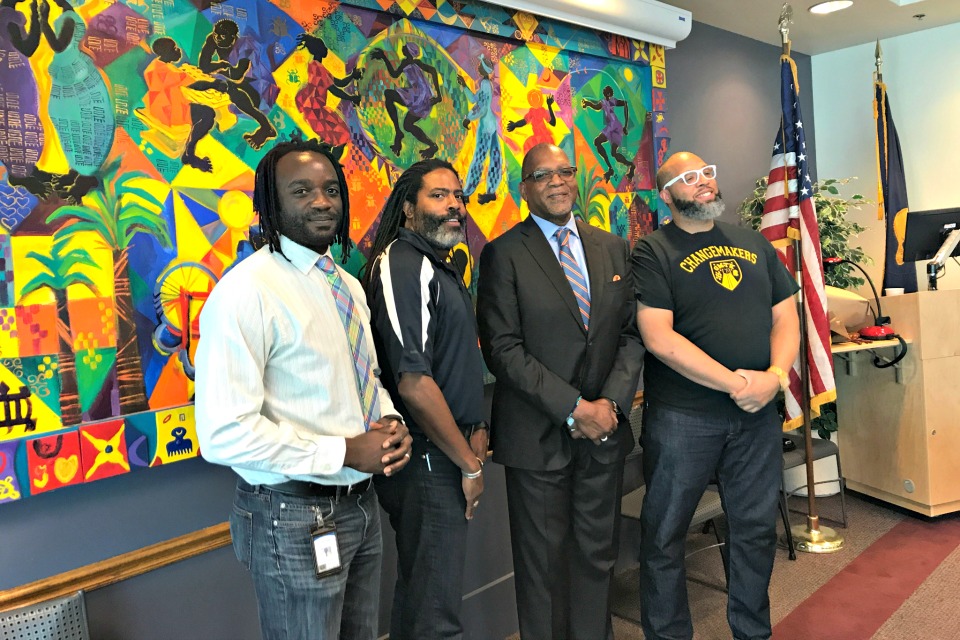 Advocates who pushed to end the Portland Police Bureau’s 20-year-old gang designation are cautiously optimistic about last week’s announcement the database would be purged by Oct. 15.

Last fall The Oregonian reviewed a modified version of the list and found that of 359 people on the list, 64 percent were Black, though African Americans make up just 7.5 percent of the city’s population.

“It’s one-up for the minorities, it’s one-up for the people who’ve always been condemned in our city,” said Ronisha Harris, who told The Skanner she discovered she was on the gang list just a few years ago, when she tried to plan a 40th birthday party at a Portland golf course.

Venue staff told her police had approached them to dissuade them from hosting the party, because she was a gang member.

The bureau’s policy was to notify suspected gang members and affiliates of their status with mailed letters. Harris said she never received one, and when she contacted the city she was told her letter had apparently been sent to the wrong address.

Harris was arrested once on a drug charge when she was younger, but said she has a clean record otherwise. She was never part of a gang, she said, but she knew both Crips and Bloods growing up.

“I was married to a Crip for 18 years. They said I’m a Blood. Both my children’s fathers were Crips,” she said.

Harris’ brother, Durieul, was killed in a 2013 shooting outside the since-shuttered Fontaine Bleau nightclub in Northeast Portland. Other media have said both Durieul Harris and Xavier Dorrel Bolden, who was convicted of the murder and sentenced to life in prison this spring, were both gang members. Harris has said her brother was never part of a gang, but also appreciated that gang involvement was not discussed in the trial, since the police said the shooting related to a personal matter.

Harris is cautiously optimistic about the change, but worries police will find more covert tools to engage in profiling people of color.

“It’s a big win for the young men and women who are on that list. But it ain’t over,” Harris said.

They also said the change shouldn’t be read as an indication that gang-related criminal activity is a thing of the past in Portland.

“The idea behind removing the gang designation will ensure investigators will look at the specific criminal behavior of people who are associated with criminal organizations. Officers will continue to investigate crimes associated with criminal organizations,” said PPB spokesperson Chris Burley. He also confirmed the current list includes White supremacist gangs and that affiliation data will be scrubbed along with other gang designations.

According to police bureau spokesperson Sgt. Chris Burley, shortly before Oct. 15 those on the list will be notified that the bureau will not be documenting them as gang members.

Krantz and Shearer credited the change to a two-year behind-the-scenes push by former assistant chief Kevin Modica, who retired in July, and Black Male Achievement, a city program dedicated to improving outcomes for Black men and boys.

In 2015 the bureau put out a request for public comment on a policy directive and BMA convened a workgroup to draft recommendations.

Workgroup member Erious Johnson, the director of civil rights for the Oregon Department of Justice, wrote a white paper recommending that the gang designation be dropped. Johnson is no stranger to law enforcement profiling: last fall he sued the state DOJ after discovering he was being profiled by his own department. (The investigator who created Johnson's file sued the DOJ in March, accusing the department of inappropriate termination.)

Robbins said his office intends to be a partner to develop new tools for investigations that will be appropriately transparent.

“Our hope is that we’ll be able to continue working with PPB to ensure the policy doesn’t go below ground,” Robbins said.

Robbins and steering committee member Justice Rajee said individuals they heard from said they were more likely to be pulled over in North and Northeast Portland, even after moving away. They also said because the list is based on relationships, it discouraged continued communication between family members and friends who weren’t involved in gangs with friends and family who were. (Harris told The Skanner she was warned she would be placed on the list again if she were seen or photographed with friends or family with gang ties.)

Rajee said that actually locks gang members into the life, since friends and family are more likely to help someone leave gang life than law enforcement.

Portland Mayor Ted Wheeler spoke briefly at the Community Police Collaborative meeting Friday, saying the designation’s sunset was too long coming and was the right thing to do.

“I certainly heard loudly and clearly from the community that this was their expectation. The folks in the police bureau heard that expectation and they’re going to make it work,” Wheeler said.