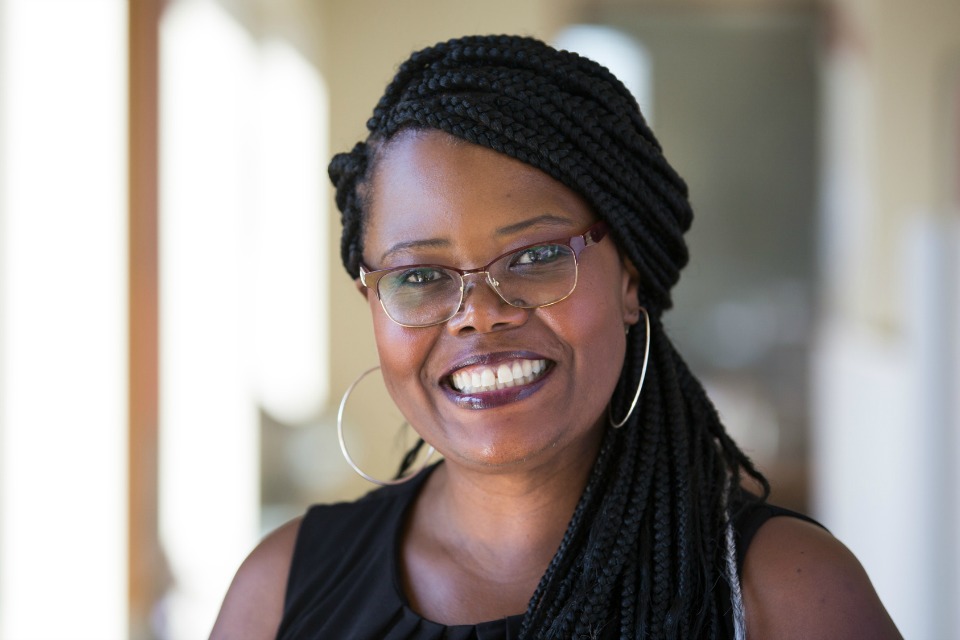 Growing up in Northeast Portland, Erika Preuitt always had a passion for social justice. Her mother was the first Black female police officer hired in Portland in 1973, and her father is health care advocate and blues musician Norman Sylvester.

Her paternal role models helped inform her sense of what a public servant looked like. So it’s no wonder that today Preuitt is a nationally recognized leader in community justice, with a drive to better outcomes for all people.

On Aug. 31, Preuitt was sworn in as the first African American woman president of the American Probation and Parole Association (APPA). She is also the third consecutive woman of color to take on APPA’s presidency. The association provides training, education and technical expertise to the field of probation and parole, serving 45,000 community corrections professionals nationally.

Preuitt started out as parole and probation officer with Multnomah County’s Department of Community Justice (DCJ) Gang Unit, before becoming the director of the department’s Adult Services Division.

In her new role as APPA president, Preuitt told The Skanner that she’s committed to continuing her work in reducing racial disparities in the justice community, while promoting diverse leadership throughout the association.

TSN: What inspired you to get into the field of community justice?

Erika Preuitt: I started my work in Spokane, Wash., when I graduated from Gonzaga University and worked with private nonprofits there. I worked with homeless youth, women who were underemployed and with families. So I’ve always had this social justice leaning in my heart.

I left Spokane to continue to grow my career, and I came back to Portland which is where my family lived. My mom modeled to us what a dedicated public servant looked like. I wasn’t sure I wanted to be a police officer, so I started looking for jobs. True story, my mom said, “Erika, you need to look for a good government job. You’ve done your time in private nonprofits.” So I started looking through the county and city websites, then I saw the Multnomah County probation and parole officer job description.

It was the perfect blend of the social justice passion that I had – and it also included an opportunity to learn a new skill, which was public safety and law enforcement. To further that, it really was a great way to honor my mom.

TSN: As a parole and probation officer, tell us about your experience working with gang members in Northeast Portland.

So working with the gang members was really something that was rewarding to me, because I was able to give back and work with people who were looking to change their lives and to help facilitate that change. Ultimately we’re all responsible for our own change, but to be a part of providing resources was something that was really important to me. I wanted to be a part of the solution in our community.

Regarding gang activity, we’ve seen it ebb and flow. But what I believe that has happened for the last few years it that community and criminal justice partners have done a great job of coming up with programming, resources, support and mentoring for young gang members. I’m really proud to be a part of initiating some of those collaborations, like the Gang Impacted Family Team (GIFT).

TSN: How did your appointment as president of the American Probation and Parole Association happen?

EP: I was a probation and parole officer in the late 90s when APPA came to Portland for their annual conference. I was on the local committee (that helped host this conference) and was responsible for coordinating the gala event. It was a really great introduction for me into the APPA. Through the years I’ve been a workshop presenter at conferences.

In 2006 I was selected to be a part of an inaugural class of APPA’s Leadership Institute, which was created as an effort to grow leaders in their own organizations by providing education, training and mentoring. It was there that I felt conviction for what it takes to be dedicated to this profession – and how to do that on a national level. I was elected by the board of directors to be the at-large representative of Region 15, which includes Alaska, Washington, Oregon, Idaho and Montana, on the executive committee.

Erika Preuitt: In the last several years, Multnomah County has emerged as a national leader in the work that we’re doing relating to justice reinvestment and reducing racial and ethnic disparities in our criminal justice system.

We are leading the nation in our adherence to evidence-based practices and how we’re implementing them to get positive results with those people on our caseloads, also by training our parole officers.

I’m really proud of the work that we do. And often times, when you go to an APPA conference you will see many of our staff being presenters. They are speaking in areas from victim services to the work that we’re doing in effective practices in corrections settings – our ethics model. You’ll see them talking about the work we’re doing with gang members, with families. We wouldn’t be able to do it without well-educated, well-trained professionals who are committed to this field and really want to make a difference.

TSN: What are your priorities as the first female African American president of the American Probation and Parole Association?

EP: Susan Burke, APPA’s immediate past president, her theme was really, “Our time is now.” In my presidency I’m going to be focusing on, “If our time is now, then APPA needs to lead the way.” We’re going to be involved in a strategic planning process that is going to be a very participative process with our board of directors. There are three goal areas. We want to transform our field, as we’re in a time of justice reinvestment; another is to be the voice of probation and parole, and delve into what that means.

A couple of the priority areas I’d like us to look (includes) giving a voice to those justice-involved individuals who have successfully completed their period of supervision and incarceration and are now back in our communities. I really want us to talk about how we, as a profession, effectively engage in our communities, especially at a time when there’s so much distrust in law enforcement. How does probation and parole be a part of those community solutions? How do we better inform our communities about who we are? Our third goal is to create an infrastructure through APPA that allows us to do all the things I’ve spoken about in a successful and effective way.