Oregon Ethnic Studies Curriculum to be Implemented by 2021 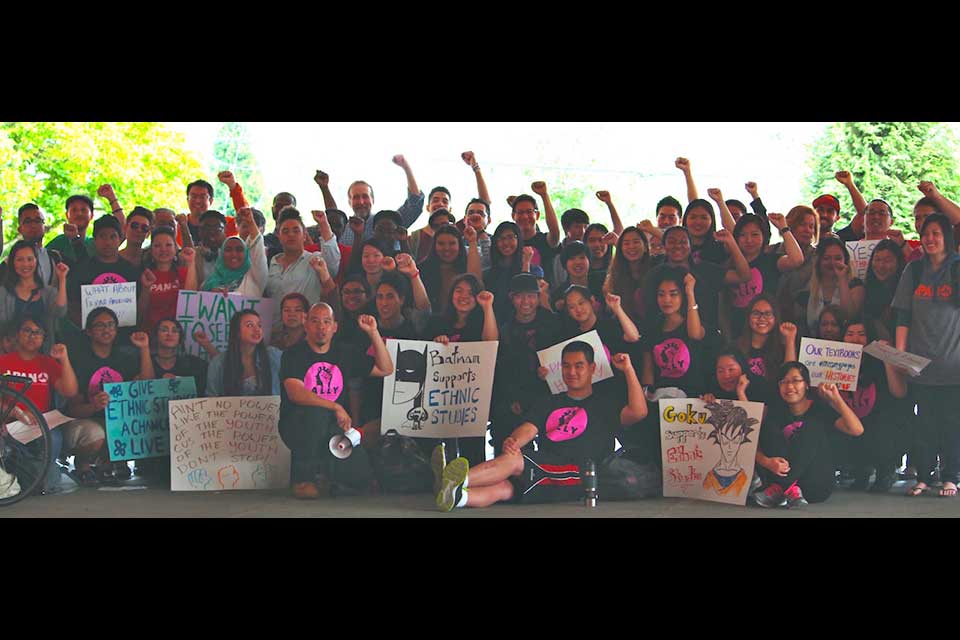 Earlier this summer, Oregon passed legislation making it the first state in the country to require schools to adopt an ethnic studies curriculum.

HB 2845, which was signed into law June 29 and which was backed by a coalition of racial justice advocacy groups, will require the state to adopt a K-12 ethnic studies curriculum for students throughout the state – to be implemented by 2021. In addition to highlighting the history of racial and ethnic minorities, the curriculum would also focus on the histories and contributions of social minorities such as sexual and religious minorities and people with disabilities.

HB 2845 was sponsored by Rep. Diego Hernandez (D-Portland) and legislative hearings included several testimonies from students of color, who argued the inclusion of ethnic studies was critical for the success of students of color.

I envision a K-12 where my baby brother can learn that our ancestors weren’t just slaves.

“Ethnic studies is important because African American history goes beyond slavery. I envision a K-12 where my baby brother can learn that our ancestors weren’t just slaves. Imagine the positive impact you will create in generations to come,” Raishel Covington, a sophomore at Milwaukie’s Rex Putnam High School, said at a March hearing.

Advocates also argued more inclusive curricula are directly correlated with student success: a campaign site for the bill cites a Stanford study saying students enrolled in ethnic studies classes not only increased their attendance (by 21 percent) and grades (by 1.4 grade points), they also increased the number of course credits they earned (by 23 percent).

The Oregon Ethnic Studies Coalition, formed to fight for the bill, included the Parkrose School District, the Oregon Student Association and the Asian Pacific American Network of Oregon. APANO was also a key player last year in a campaign urging Portland Public Schools to adopt an ethnic studies curriculum – which it did.

As The Skanner reported at the time, PPS’ resolution required the district to convene an advisory group to develop an ethnic studies curriculum and to train teachers, and to add an ethnic studies elective class to every Portland high school by 2018.

PPS spokesperson Jon Coney told The Skanner this week that the oversight committee and student advisory committee have recommended the piloting of the first ethnic studies courses be delayed until 2010 “to ensure enough time and input is provided for the development of suitable  curriculum, necessary teacher training and support, as well as a and framework of ES that is reflective of the unique and evolving city of Portland.”

Coney noted there is no textbook per se for ethnic studies. Teachers in districts that offer ethnic studies classes use multimedia resources such as the Zinn Education Project, the Southern Poverty Law Center’s Teaching Tolerance, and Rethinking Schools, he said.