What Does a District Attorney Really Do? 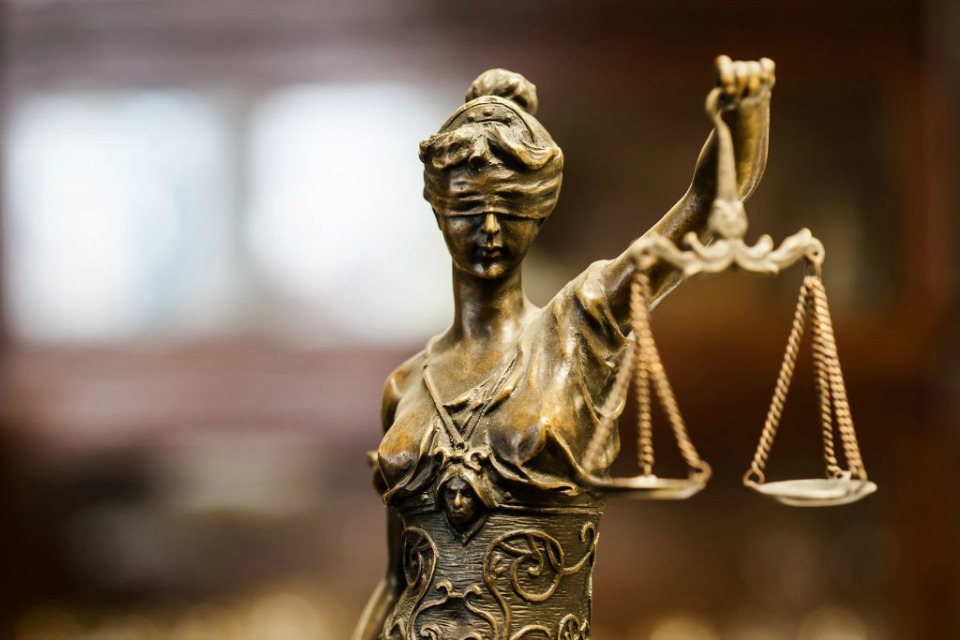 The ACLU of Oregon launched a campaign on Sunday aimed at upping voter participation next spring from Oregonians across the state.

The campaign focuses on district attorneys, the most powerful elected officials in the criminal justice system. And with 36 counties in Oregon – which means 36 district attorneys – the civil rights organization wants to encourage more Oregonians to vote in those races.

“They Report to You” has been launched as a multi-year and multi-faceted campaign focused on district attorney accountability and criminal justice reform.

For the ALCU of Oregon accountability does not equate to building and filling prisons. Rather, says the organization, it should reflect an increase in access to education, mental health treatment, re-entry support and ensuring equal treatment.

“If we’re going to take a significant step forward in modernizing and reforming our criminal justice system – making it fairer and more effective – we’re going to need much higher levels of voter engagement with district attorneys,” said David Rogers, executive director of the ACLU of Oregon.

District attorneys are lawyers. But they’re also the top prosecutors of criminal offense and represent “the state” on a county level. They decide who goes free and who is incarcerated; how severely one is charged with a crime and the number of charges faced. The district attorney also decides if a youth is tried as an adult, and if an individual enters a treatment program or receives jail time.

“District attorneys are the most powerful elected officials that really no one’s ever heard of,” said Rogers.

The organization is looking to change that by having as much on-the-ground presence as possible, leading up to the elections in May 2018.

In as many counties as possible the ACLU will be organizing resources for Oregon voters to help them get a better sense of what values, policies and practices their district attorneys stand for.

The ACLU has already begun canvassing in Marion and Washington counties, knocking on over 15,000 doors to get a sense of what residents know about district attorneys and criminal justice reform issues.

Both Marion and Washington counties are two of the largest in the state, and have two of the longest serving district attorneys in Oregon. Next spring both counties will have an open race, providing significant opportunities for voters to reach out and engage.

“We handle on average over 10,000 cases each year ranging from shop lifts to aggravated murders,” Washington County’s District Attorney, Bob Hermann, told The Skanner. “Accurate and complete information provided to educate and inform is the answer, not attack ads designed to inflame. Bottom line is we always welcome the discussion.”

Elected every even numbered year, about a third of Oregon’s district attorneys are up for re-election in May 2018, having served their four-year terms.

By 2020, two thirds will be running, including Multnomah County’s District Attorney, Rod Underhill.

The Trump presidency places a certain amount of urgency on reforming justice systems, says the ACLU of Oregon, especially in light of Attorney General Jeff Sessions’ recent efforts to restore tough-on-crime policies and the War on Drug.

That said, the majority of policy reform really starts at local and state levels.

“When you think about the problem of mass incarceration, for example, that really has little to do with federal policy and federal enforcement and prosecution,” said Rogers. “The overwhelming majority of people who are incarcerated in this country are in state prisons and local jails.”

Oregon took a big leap in criminal justice reform when is passed HB 2355.  Not only did the bill establish a system to help curb police profiling, it also defelonized small possession of drugs to a misdemeanor.

While the legislation was supported by leaders in law enforcement, plus Gov. Kate Brown and Attorney General Ellen Rosenblum – as well as Oregonians across party lines and urban and rural divides – it was met with the most vocal opposition from the state’s district attorneys.

“For ALCU, that demonstrates a lot of things,” said Rogers. “They’re a roadblock to reform in terms of footprint on statewide polices, but their also out of touch with electorate.”

The district attorney’s office was also the primary architect of Multnomah County’s Justice Reinvestment Program, which has diverted 1,874 prison-bound felons to local probation.

Regarding the ALCU’s new campaign, Underhill told The Skanner, “I believe that every election for public office and every ballot measure will benefit from a higher level of voter engagement. I support and encourage programs that seek to foster the growth of a better-informed electorate.”

Underhill did make headlines in recent months when he vehemently opposed ending the “48 hour rule,” which gave police officers two days to give testimony when involved in cases of deadly force.

The district attorney cited an Oregon Supreme Court ruling that he said requires internal investigators to wait until after a criminal investigation and grand jury review have been completed before they can compel a statement from officers.

The City Council disregarded the district attorney’s advice and voted to toss out the rule last Thursday.