Legacy Project in NE Portland Gets Pushback from Community 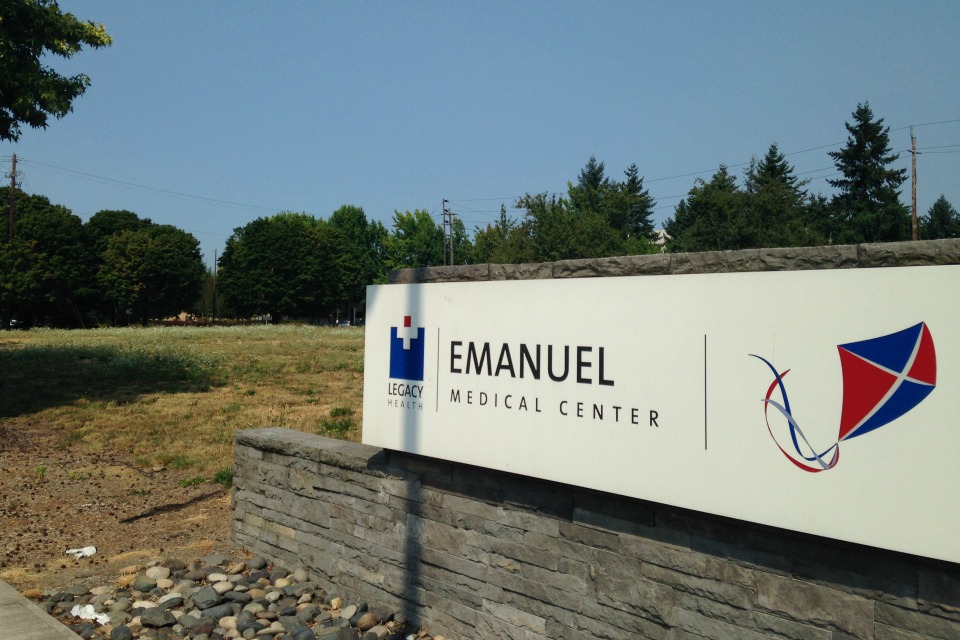 A city-supported project to develop property at North Russell Street and North Williams Avenue has encountered a kink in the road.

The project, unveiled on Aug. 1 by partners Prosper Portland, Legacy Health and the City of Portland, is slated to provide medical care services, affordable homes, community space, and a business hub in support of the Black community.

The 1.7-acre site, owned by Legacy Health, has been an embittered point of contention since the Portland Development Commission (now Prosper Portland) razed the area to make room for the Emanuel Hospital expansion, almost fifty years ago.

While the hospital never saw the light day, the construction displaced close to 200 predominantly Black families in the area. The parcel of land has been vacant ever since.

The hospital expansion was one in numerous PDC urban renewal projects of the 1950 and 60s, including the Veterans Memorial Coliseum and Interstate 5, which ousted Black businesses and residents from North and Northeast. The laundry list of renewal developments has since inspired the agency to change its name and its image this year.

Now, the new development on the Legacy property – which promised to be a collaborative process with the community – is aiming to help heal its relationship with the city’s African American residents.

But not all is forgiven, say locals.

Penelope Cruz, a lifelong resident of North Portland whose grandmother was displaced due to the Emanuel Hospital expansion, said it’s too early in the development phase to have an opinion on the project either way.

“Nobody knows what this development is about. We hear ideas being thrown out,” she told The Skanner. “There has to be genuine community involvement.”

That’s not exactly the case.

During a Prosper Portland board commissioners meeting on Aug. 9, it was revealed that the agency was intending to expand the boundaries of the Interstate Corridor Urban Renewal Area (ICURA) to include the Legacy property, thereby making it available for Tax Increment Funding (TIF).

TIF, which is essential to Prosper Portland’s urban renewal funding, basically means setting aside property tax money to reinvest in an area that is run-down, unsafe or economically stagnant.

In 2015, the City Council voted to take the remaining TIF funds for the ICURA – $32 million – and put it into the N/NE Community Development Initiative Action Plan.

The goal of the Action Plan is to use the millions in TIF funding to provide economic opportunity for those who have not benefited from revitalized neighborhoods and commercial corridors in the ICURA – namely, its communities of color.

“The benefits of the investments have been enjoyed primarily by businesses and residents who are white and do not have historic ties to the neighborhood, and who have higher incomes,” states Prosper Portland on its website.

To make sure promises were kept, an oversight committee for the N/NE Community Development Initiative Action Plan was established to advise and monitor how the $32 million is spent.

The problem is that many members of the oversight committee had never heard of the development project between Legacy, Prosper Portland and the City – until the partners announced it to the public on Aug. 1.

“This does not demonstrate the new era of transparency and inclusion that Prosper Portland is touting,” testified Leesha Posey, a member of the oversight committee, during the commissioners meeting on Aug. 9.

If the Legacy property were included in the ICURA, it would therefore have access to the TIF funds earmarked for the N/NE Community Development Initiative Action Plan.

However, Prosper Portland has stressed that Legacy is not asking the agency to cover its costs for the development.

During the Aug. 9 meeting, Prosper Portland’s board of commissioners was set to vote and pass the boundary expansion to include the Legacy site – without the knowledge of the oversight committee.

The inclusion was never mentioned at the three previous meetings of the oversight committee, explained Posey.

Some members of the committee say the medical provider, with $1.7 billion in revenue, is economically sound enough to fund the development on its own – without having to dip into funds designated for Portland’s people of color.

Moreover, some would rather see what is left of the $32 million go towards community-driven projects and developments that have been reviewed by the oversight committee and the African American community at large.

During her testimony, however, Posey did state her support of the development at North Russell and North Williams. “Develop the site, please. But please do not bulldoze and rush through resolutions in a closed door process, organized around the needs of public and private institutions represented in this collaborative project.”

Tory Campbell, of Prosper Portland, who manages the team working to implement the Action Plan, said in order for Prosper Portland to use TIF funds to help finance the Legacy project, the property needs to be included in the ICURA.

“Without it being in the (Interstate) Urban Renewal Area, Prosper Portland, from a resource standpoint, really has nothing to contribute to any potential development on the space,” said Campbell.

In addition, if the Legacy parcel is included in the ICURA, the Portland Housing Bureau is also able to contribute housing dollars.

Campbell told The Skanner that Prosper Portland mis-stepped when it neglected to inform the oversight committee of its plans at the Legacy site – and its proposal to include it in the ICURA.

“I think that is a huge fault on our part,” said Campbell. “There was some community engagement, but clearly not enough – and definitely not engaging this oversight committee whose primary role is to support us in that.”

Moving forward, Campbell said Prosper Portland will include the oversight committee in the next steps. The agency has pumped the brakes and postponed the vote on the ICURA boundary expansion to an undecided date.

In the meantime, the oversight committee will continue to meet to review the development project at North Russell and North Williams Avenue.