States Try to Track Cannabis Sales as DOJ Clamps Down 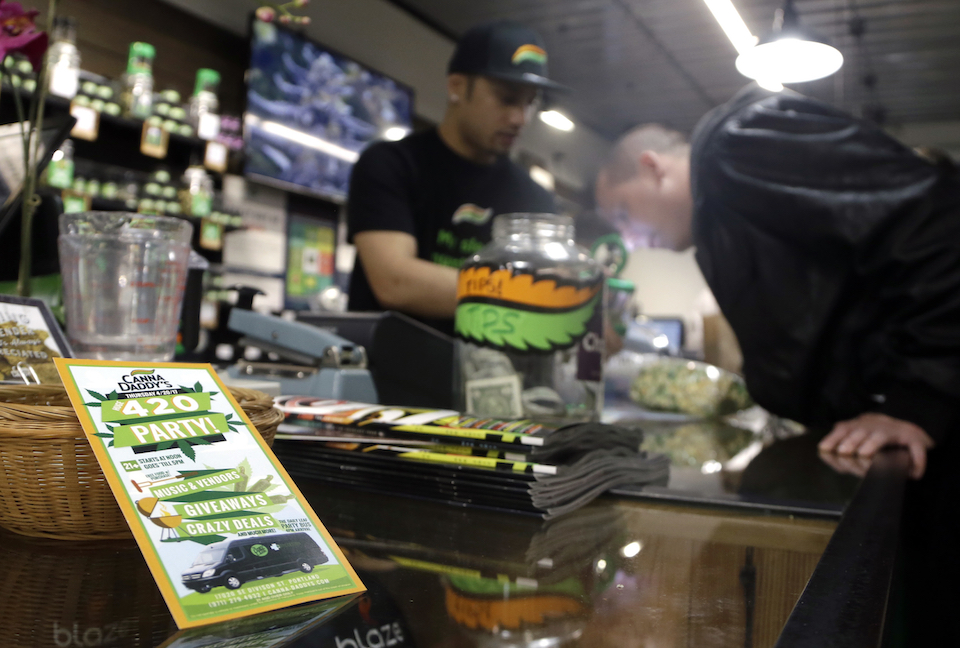 PORTLAND, Ore. (AP) — Well before Oregon legalized marijuana, its verdant, wet forests made it an ideal place for growing the drug, which often ended up being funneled out of the state for big money.

Now, officials suspect pot grown legally in Oregon and other states is also being smuggled out, and the trafficking is putting America's multibillion-dollar marijuana industry at risk.

In response, pot-legal states are trying to clamp down on "diversion" even as U.S. Attorney General Jeff Sessions presses for enforcement of federal laws against marijuana.

Tracking legal weed from the fields and greenhouses where it's grown to the shops where it's sold under names like Blueberry Kush and Chernobyl is their so far main protective measure.

In Oregon, Gov. Kate Brown recently signed into law a requirement that state regulators track from seed to store all marijuana grown for sale in Oregon's legal market. So far, only recreational marijuana has been comprehensively tracked. Tina Kotek, speaker of the Oregon House, said lawmakers wanted to ensure "we're protecting the new industry that we're supporting here."

"There was a real recognition that things could be changing in D.C.," she said.

The Washington State Liquor and Cannabis Board says it's replacing its current tracking Nov. 1 with a "highly secure, reliable, scalable and flexible system."

"The tracking system is the most important tool a state has," said Michael Crabtree, who runs Denver-based Nationwide Compliance Specialists Inc., which helps tax collectors track elusive, cash-heavy industries like the marijuana business.

But the systems aren't fool-proof. They rely on the users' honesty, he said.

"In the first 24 months, we're going to have a good idea who is in the regulated market and who is in black market," McGuire said.

Oregon was the first state to decriminalize personal possession, in 1973. It legalized medical marijuana in 1998, and recreational use in 2014.

Before that, Anthony Taylor hid his large cannabis crop from aerial surveillance under a forest canopy east of Portland, and tended it when there was barely enough light to see.

"In those days, marijuana was REALLY illegal," said Taylor, now a licensed marijuana processor and lobbyist. "If you got caught growing the amounts we were growing, you were going to go to prison for a number of years."

Taylor believes it's easier to grow illegally now because authorities lack the resources to sniff out every operation. And growers who sell outside the state can earn thousands of dollars per pound, he said.

Still, it's hard to say if pot smuggling has gotten worse in Oregon, or how much of the marijuana leaving the state filters out from the legal side.

Chris Gibson, executive director of the federally funded Oregon-Idaho High Intensity Drug Trafficking Area program, said the distinction matters less than the fact that marijuana continues to leave Oregon on planes, trains and automobiles, and through the mail.

"None is supposed to leave, so it's an issue," Gibson told The Associated Press. "That should be a primary concern to state leadership."

On a recent morning, Billy Williams, the U.S. attorney in Oregon, sat at his desk in his office overlooking downtown Portland, a draft Oregon State Police report in front of him. Oregon produces between 132 tons (120 metric tons) and 900 tons (816 metric tons) more marijuana than what Oregonians can conceivably consume, the report said, using statistics from the legal industry and estimates of illicit grows.

It identified Oregon as an "epicenter of cannabis production" and quoted an academic as saying three to five times the amount of pot that's consumed in Oregon leaves the state.

Sessions himself cited the report in a July 24 letter to Oregon's governor. In it, Sessions asked Brown to explain how Oregon would address the report's "serious findings."

Pete Gendron, a licensed marijuana grower who advised state regulators on compliance and enforcement, said the reports' numbers are guesswork, and furthermore are outdated because they don't take into account the marijuana now being sold in Oregon's legal recreational market.

A U.S. Justice Department task force recently said the Cole Memorandum , which restricts federal marijuana law enforcement in states where pot is legal, should be reevaluated to see if it should be changed. 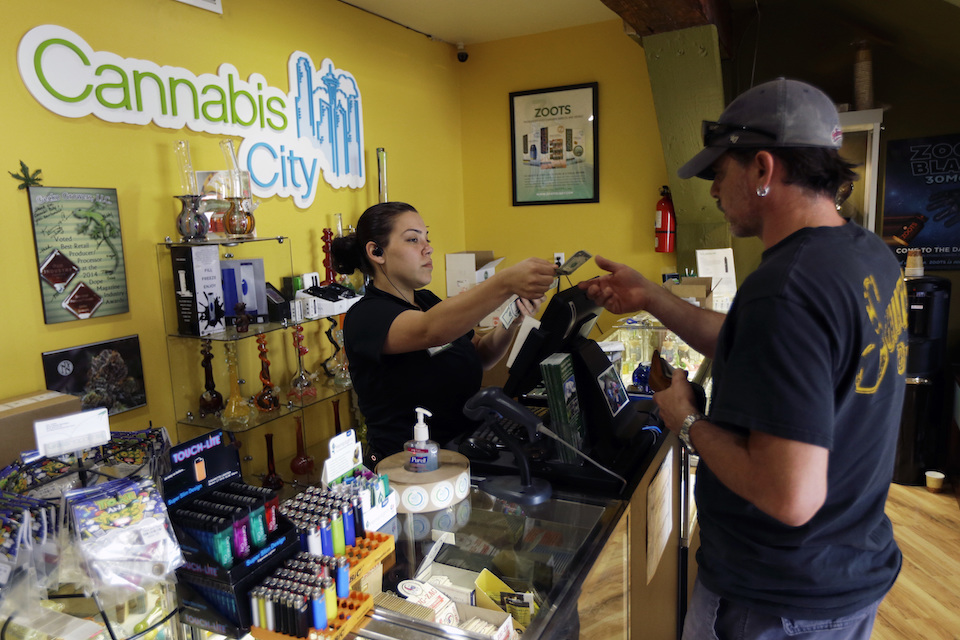 PHOTO: Jessica Mann, left, gives change to a customer following a recreational marijuana purchase at Cannabis City, in Seattle, July 7, 2016. Officials in states like Oregon where marijuana is legal are trying to curtail smuggling of pot to other states. Meanwhile, U.S. Attorney General Jeff Sessions is pushing for a more aggressive approach in these states, noting the drug is being diverted to other states.(AP Photo/Ted S. Warren, File)

The governors of Oregon, Colorado, Washington and Alaska — where both medical and recreational marijuana are legal — wrote to Sessions and Treasury Secretary Steve Mnuchin in April, warning altering the memorandum "would divert existing marijuana product into the black market and increase dangerous activity in both our states and our neighboring states."

But less than a month later, Sessions wrote to congressional leaders criticizing the federal government's hands-off approach to medical marijuana, and citing a Colorado case in which a medical marijuana licensee shipped pot out of state.

In his letter, Sessions opposed an amendment by Oregon Democratic Rep. Earl Blumenauer and California Republican Rep. Dana Rohrabacher that prevents the Justice Department from interfering with states' medical marijuana. Congress is weighing renewing the amendment for the next fiscal year.

In a phone interview from Washington, Blumenauer said the attorney general is "out of step" with most members of Congress, who have become more supportive "of ending the failed prohibition on marijuana."

"Marijuana has left Oregon for decades," Blumenauer said. "What's different is that now we have better mechanisms to try to control it."

Taylor believes pot smuggling will continue because of the profit incentive, which will end only if the drug is legalized across America. U.S. Sen. Cory Booker, a New Jersey Democrat, introduced a bill in Congress on Aug. 1 to do just that.