Midwives on Police Violence Against Pregnant Women of Color 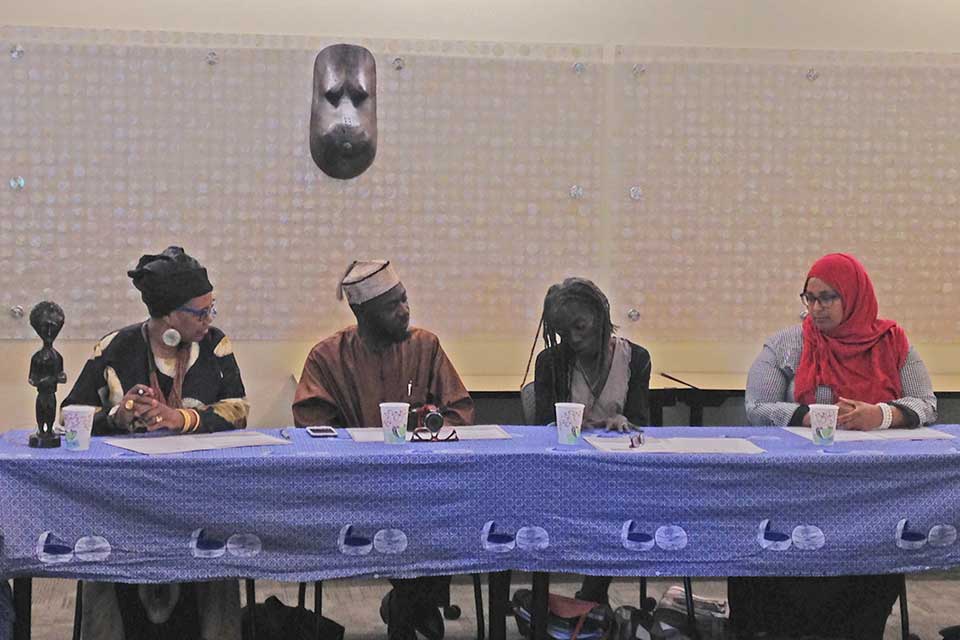 Birth workers, mothers and community members convened in Northeast Portland last Friday to address the incidents of abuse against pregnant and postpartum women of color at the hand of police.

Under the recently formed initiative, Midwives, Others, and Mothers Alliance, the press conference was organized by African American midwife and activist Shafia M. Monroe in response to the killing of Charleena Lyles by Seattle police last month.

Lyles was a 30-year-old pregnant Black woman who had suffered from mental health problems. After calling the police to report a potential burglary of her home, she was shot to death on June 18 while her four children were present.

She joins a long list of Black women and girls nationwide – including Sandra Bland, Aiyana Jones, and Rekia Boyd – that were killed by police officers who were never convicted. Many more, some of them pregnant, have been victims of use of force by police.

The organization aims to bring focus to the issue, as well as ignite policies to help police better interact with pregnant and postpartum women, in the hopes of preventing future killings.

“The whole point is we have to pay attention. So many Black women and women of color are being killed,” said Monroe, addressing an audience of about 40, which included midwives, doulas, local activists and concerned citizens.

“We have police officers trained to not value anybody."

Monroe referred to a disturbing statistic from the African American Policy Forum: while Black women and girls make up 13 percent of the U.S. population, they account for 33 percent of all women killed by police.

Their children are not much safer, said Monroe.

“As African American women, we’re already losing our babies with infant mortality – not because we’re inadequate, not because we don’t eat right, but because systemic racism is causing more stress on Black women,” she said.

Monroe noted the dark legacy of African American women who have lost their children through force of labor, sale, incarceration and murder.

Panelist Mikal H. Shabazz, an imam with the Muslim Community Center and president of the Oregon Islamic Chaplain Organization, was moved to tears as he reflected on vulnerable women of color who end up facing off with law enforcement.

Shabazz called the shooting of a pregnant woman “demonic.”

“You can’t do that if you see (her) as a human being like yourself,” he said.

NAACP Portland president Jo Ann Hardesty steered the discussion back to mentally unstable victims, like Charleena Lyles. In the past four years, she said, most people who have been shot by Portland police have suffered from mental health issues – a statistic backed by Portland Copwatch.

Hardesty, who has fought for police accountability for 20 years in the Portland metro area, noted that the systemic problem with the police force comes down to its “military operation” training.

“They are trained as if they are headed off to war,” said Hardesty, adding that “de-escalation training should be 50 percent.” In reality, it accounts for much less.

The NAACP president also spoke of former Mayor Charlie Hales’ elimination of Portland’s 48-hour rule last year which, when instated, mandated that officers report when they shoot a suspect within two days of the incident.

Currently the Multnomah County district attorney is considering a new directive that would not require officers to report use of deadly force until a case faces a grand jury.

Also present on the panel was Samira Brotherson – activist, doula and founder of the anti-violence organization Muslimahs United – who encouraged all people, regardless of gender or race, to stand up for Black women and women of color who are being targeted by police or anyone else.

“For some reason it’s been okay for people to assault, abuse and put down Black women in our society for so long. It’s not okay and I’m sick and tired of it,” said Samira Brotherson, adding that Black women are often portrayed as reactionary and overly emotional, and so are met with force at the hand of authority.

As an act of solidarity, the conference ended with MOMA attendees lighting white candles in memory of Charleena Lyles and other pregnant women of color who have be killed by police.

In a message to Seattle, following the vigil, Monroe said, “Hold on to the light that we just lit. Keep fighting for the cause, don’t give up. Midwives, doulas, birth workers, come together. This is our charge to be the voice for the pregnant women that we say we love and serve.”