Highlights From the 2017 Legislature 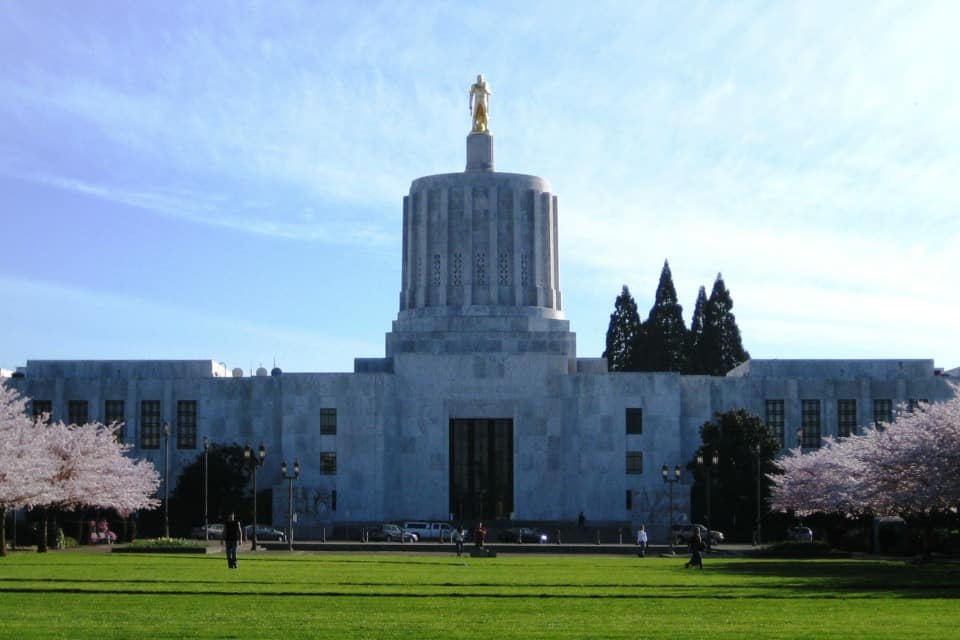 The Oregon Legislature officially adjourned last week, closing a contentious five-month session in which Democrats – which hold the majority in both houses – fought over how to balance the state’s $21 billion budget and how to fix roads and bridges throughout the state. Some hard-fought reforms – including increased renter protections and environmental regulations – failed.  Other changes advocates have sought for years, like a requirement that grand jury hearings be recorded, will finally come to pass.

Here’s a rundown of bills the Legislature reviewed this year and how they fared.

House Bill 2355, which directs the Oregon Criminal Justice Commission to start recording data on the age, race, ethnicity and sex of a person contacted during a traffic or pedestrian stop, passed. The bill follows HB 2002, which passed in 2015 and made profiling illegal – but advocates who served on a committee created by HB 2002 argued data tracking is necessary in order to hold law enforcement agencies accountable. HB 2355 also charges people caught with small amounts of certain drugs with misdemeanors instead of felonies and replaces jail time with mandatory treatment.

Senate Bill 1008, which authorizes the state to receive $85 million from the Volkswagen mitigation Trust Agreement. As The Skanner reported in May, the bill was amended to remove the deadline by which older diesel vehicles would have to be retrofitted. In its final form, the bill only includes retrofitting requirements for older school buses – but not for other old diesel vehicles, like semi-trucks.

House Bill 2927, which would award Oregon’s electoral votes to the winner of the national popular vote, passed out of the house but died in the Senate. It’s a hot topic this year – supporters of Democratic candidate Hillary Clinton point out that she won three million more votes than President Donald Trump, who won the electoral vote – but it’s not new to Oregon. A version of this bill has been introduced three times in the last 10 years, and passed out of the house each time, only to be blocked by Senate president Peter Courtney. Courtney said earlier this year that he thinks the matter should be referred directly to voters.

HB 3464, the “sanctuary state” bill, which expands Oregon’s 30-year-old sanctuary state law, passed along party lines during the session’s final week. It prohibits public bodies from disclosing information about a person – like home, school or workplace addresses – for the purpose of enforcing immigration laws, except as required by federal law (such as when determining benefit eligibility).

HB 3391, which requires health insurers to cover a range of reproductive health services – including abortion – passed.

SB 754, which prohibits the sale of tobacco products to people under 21, passed easily out of both houses. The bill kicks in in January; retailers and retail employees who sell tobacco products (including vaporizer oil) will be fined.

House Bill 2017, the state’s $5.3 billion transportation bill, passed with bipartisan support. It includes a 4-cent gas tax hike, $16 vehicle registration fee increase and a 0.1 percent payroll tax increase and taxes the sales of bicycles and new cars, while providing rebates for the leasing or sale of new electric cars. The bill funds a wide variety of road improvement and public transportation infrastructure projects.

Senate Bill 719 creates “extreme risk protective orders” limiting access to guns by those considered at imminent risk of suicide or violence, passed narrowly out of both houses.

Senate Bill 353, which would have created a task force to implement Measure 98, failed. Measure 98, which Oregon voters approved in 2016, requires increased investment in Oregon high school students for career education, college preparation and dropout prevention. Lawmakers, facing a shortfall, struggled to find ways to fund the mandate and even SB 353 lacked the funding floor -- $800 per student – required by Measure 98.

HB 2845 made Oregon the only state to require schools to adopt K-12 ethnic studies curricula. The state will convene a committee of 14 people from diverse backgrounds to determine where the state falls short in recognizing ethnic and social minorities and will adopt ethnic studies standards by 2020.

HB 2864, which will require each college and public university to adopt cultural competency standards for each institution and its employees, passed.

Senate Bill 505 will require grand juries to begin recording grand jury proceedings. Three counties – Multnomah, Deshutes and Jackson – will start in March, with counties around the rest of the state to follow. Currently grand jury records are kept secret, with the only record of proceedings being the handwritten notes of a designated juror.

House Bill 2356 requires lawsuits filed by debt buyers against debtors to prove the suits are accurate and gives consumers the ability to stop collection activities for 30 days until certain documents are produced. Debt buyers will also be required to obtain a license.