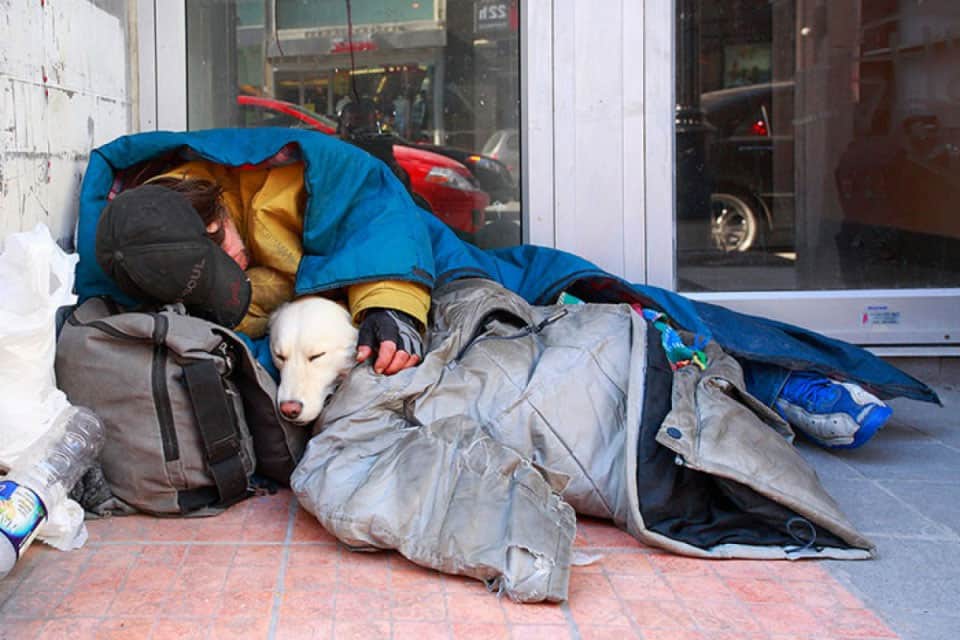 Last week Multnomah County released the results of its bi-annual homeless count. A requirement of the U.S. Department of Housing and Urban Development, the count includes all people living in shelters, transitional housing and on the streets in a single night.

On Feb. 22, 2017, the number of homeless people sleeping outdoors in Multnomah County was 1,668, while 2,509 people were living in emergency shelters and transitional housing, including self-managed homeless camps like Dignity Village, Right 2 Dream Too and Hazelnut Grove.

Altogether, some 4,177 people are without permanent housing on any given night.

Most disheartening is the fact that while people of color make up more than 40 percent of the total homeless population and 35 percent of the unsheltered population, they represent only 29 percent of county's residents.

Since the last “point-in-time” count in 2015, the findings represent an 11.6 percent decrease in the unsheltered population – the lowest it’s been since 2009.

Moreover, the sheltered population has increased by 31 percent, due to the county’s efforts in making available 637 additional beds since January 2016.

Investments in shelters and housing aid have largely been the work of A Home for Everyone, a partnership between the county, city and community members. As the region’s first community-wide plan for tackling homelessness, the group has placed a record 4,600 homeless people into permanent housing in three years. That’s a 55 percent increase since 2014.  Among those who found homes, 62 percent are people of color.

Adding to that, more than 5,200 homeless – 67 percent of those people of color – have received prevention services since A Home for Everyone launched in 2014.

Yet in two years, the county’s homeless population has in fact increased by 10 percent, or 376 individuals.

A major reason for the increase in homelessness, according to county figures, is the growing income disparity and rents that have far outpaced wages.

The average cost of a one-bedroom apartment – now far above $1,100 a month – has grown 20 times faster than the median income since 2015. For those making minimum wage, rent increases since 2005 have cost thousands of dollars more in real income, making it much more difficult to afford other basics like groceries and transportation.

“The people that folks used to turn to in their lives for help, with maybe a room to stay, are now facing homelessness. That’s where we are right now,” Denis Theriault, spokesperson for the Joint Office of Homeless Services, told The Skanner.

While Portland is sometimes characterized as a destination for homeless and transient people, perhaps due to its moderate temperatures and image of public tolerance, the numbers show otherwise.

According to research by city officials and Portland State University, about 85 percent of homeless people are from the community in which they dwell; about 15 percent come from elsewhere.

Moreover, the Rose City’s homeless population is lower than other West Coast cities, which saw notable increases in their unsheltered populations.

King County, which encompasses the greater Seattle area, saw a 45 percent increase in its unsheltered population since 2015. Los Angeles County increased by 38 percent and Alameda County (Oakland) by 61 percent.

Disproportionate homelessness among people for color

Furthermore, African Americans, along with Native Hawaiian and Pacific Islanders, are homeless at a rate more than twice as high as their percentage of the county’s population.

Significant, however, is the fact that the African American homeless population did see a drop during the recent count.

Compared to 2015, there were 185 fewer Black Portlanders without housing, a decrease in eight percentage points, from 22.6 percent to 16.2.

Following the 2015 count, A Home for Everyone made a concerted effort to increase services for homeless African Americans. The partnership focused on what it called “disaggregated populations,” essentially breaking data down into smaller subpopulations.

“So rather than just talking about the homeless as a group, they had priorities,” Mayor Ted Wheeler told The Skanner. “They were concerned about the jump in the number of people of color, so they focused on sheltering and transitional strategies for people of color.”

Disabled people the most vulnerable

People with disabilities continue to make up the largest group of people experiencing homelessness. Of the 4,177 homeless counted in February, 60.5 percent are living with one or more disabling conditions, including mental and physical disabilities and substance abuse issues.

“We do know that those folks have a particular challenge when it comes to attaining permanent housing,” said Theriault.

One solution the county is proposing is permanent supportive housing, which provides homes along with wraparound services that include treatment and case management.

“That’s one of the ways we’re going to stabilize those folks who cycle in and out of emergency rooms and shelter beds,” continued Theriault.

As to why particular groups continue to face homelessness over others, Multnomah County’s Joint Office of Homeless Services said PSU is currently preparing the full “point-in-time” report, to be released in July.