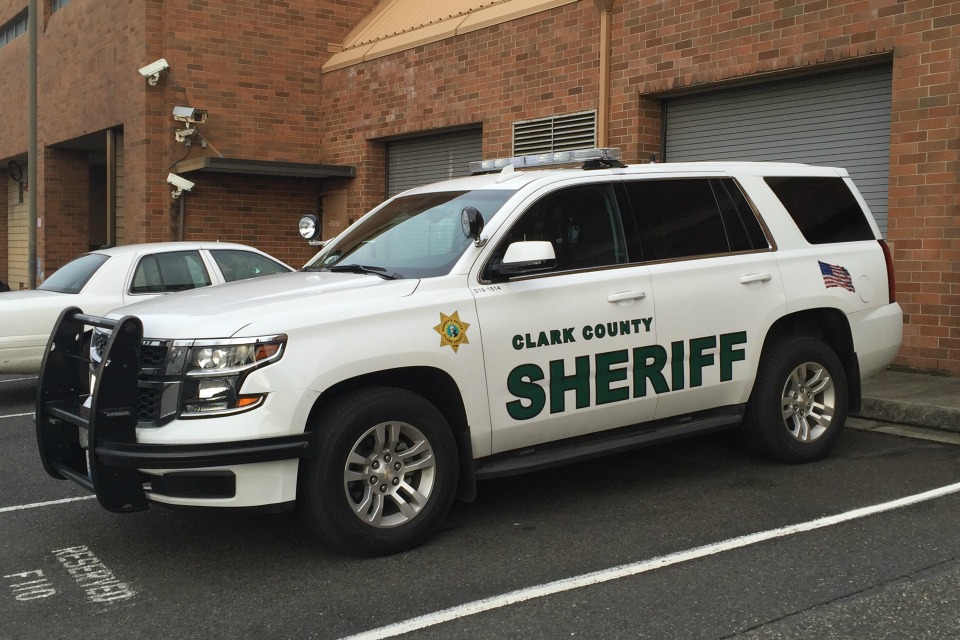 Eight years after former Clark County Sheriff's Office Commander Clifford B. Evelyn filed a racial discrimination lawsuit against the County in 2009, a settlement has finally been reached.

On June 2, Evelyn received $1.2 million from Clark County, over a case he had been trying to bring to trial for almost a decade.

“Even though they settled, I’m still not happy because my name never got cleared,” Evelyn told The Skanner.

The award-winning 20-year veteran of the Clark County corrections department was fired from his job in June 2009. The termination came after a female employee of Pennsylvania-based Wexford Health Solutions Inc. – which was contracted by the Sheriff’s Office in 2007 to provide medical services to inmates – filed a complaint that Evelyn had made "lewd, inappropriate, and discriminatory" remarks towards her, prompting an investigation into the allegations.

According to court records, prior to terminating the commander, “the county offered him the opportunity to voluntarily separate from service via a retirement agreement. Evelyn declined the offer.”

The reason, said Evelyn, is that he’s innocent. He asserts that the evidence against him was the product of a number of biased interviews with both Wexford and sheriff’s office employees.

Moreover, Evelyn believes that “there was a coordinated effort to get rid of me” due to his potentially damaging findings on Wexford Health Solutions Inc.

For two years, Evelyn had been detailing a laundry list of violations on the part of Wexford, including inadequate staffing, medical supplies, training and oversight for medical employees; delays in providing medicine and services to chronically-ill inmates; and the promotion of workers into positions where they were not properly licensed.

According to Evelyn, when he pushed the County to file a breach of contract against Wexford, he lost his job. He was 58-years-old and it was the middle of a recession. “I didn’t go along with the program, so I became the enemy,” he said.

Evelyn’s allegations were, in fact, backed by an outside audit of Wexford, requested by Clark County shortly before his termination. Conducted by the Institute for Law and Policy Planning, the report found Wexford “has systematically failed to comply with the many complex undertakings included in its contract with the county.”

It its conclusion, ILPP wrote “We find that Wexford is in breach of contract, and its current services saddle the County with unacceptable costs and liability.”

Even so, Clark County did not terminate its contact with Wexford following the audit.

According to an article from Modern Healthcare, between 2004 and 2009, 463 claims were brought against Wexford nationwide. The healthcare provider settled 38 of the claims, totaling $3.1 million. Nine claims were tried, with Wexford winning five.

Six months after his termination, on Dec. 11, 2009, Evelyn filed a suit against the Clark County Sheriff’s Office. He alleged that during the 20 years of his employment, the office had subjected him to both a hostile work environment and disparate treatment because of his race.

According to Evelyn, he was subjected to racist and discriminatory comments, notes and emails over the course of two decades – one email coming directly from Sheriff Garry Lucas.

The trial court granted summary judgment in favor of the County, ruling that Evelyn lacked the evidence to go to trial. He petitioned to the court of appeals, which supported one of his claims, but not the disparate treatment, and remanded the case.

The Skanner reached out to Clark County for a comment regarding Evelyn’s recent settlement. Emily A. Sheldrick, attorney for the Clark County Prosecutor’s Office, Civil Division, sent the following statement via email: “Clark County learned on Monday, June 12 that Clark County’s liability carrier reached a settlement with Clifford Evelyn to resolve and dismiss his claims against the County.”

Evelyn’s was one of three racial discrimination tort claims filed against the Sheriff’s Office in 2009.

Former jail employee Britt Easterly – who since found employment with the U.S. Secret Service in Washington D.C – won his discrimination suit in August 2016 and received $500,000 from Clark County, reported The Columbian. After a two-week trial, the jury unanimously reached a decision in less than two hours.

Failed applicant Elzy P. Edwards alleged that the County had engaged in racial discrimination during its hiring practices, when he interviewed for a custody officer position. Edwards’ case was settled for much less, at $75,001.

“The County has a pattern of systematic racism,” said Evelyn. When he started working for the Sheriff’s Office, he was the only Black male commander.

Today, the Sheriff’s Office employs 11 African Americans, out 391 employees. Twenty-six percent of the population in Vancouver, Wash. is people of color, but only two percent of its population is Black.

“Because there’s not a lot of Blacks over here, there’s no Black community,” said Evelyn. “Blacks don’t stick together.”

Clark County in the hot seat

The cases of Evelyn, Easterly and Edwards were backlit by a 2006 high profile lawsuit in Clark County, filed by former Vancouver police officer and India-native Sharma Navine.

Navine, who passed away in 2010, claimed that his firing for making errors in his reports was motivated by retaliation and racial discrimination. He received a $1.65 million settlement in 2008 from the City of Vancouver.

In an odd twist, Benton, along with two former subordinates, filed tort claims against the County in October 2016, seeking $2 million for hostility and retaliation in the now defunct Department of Environmental Services.