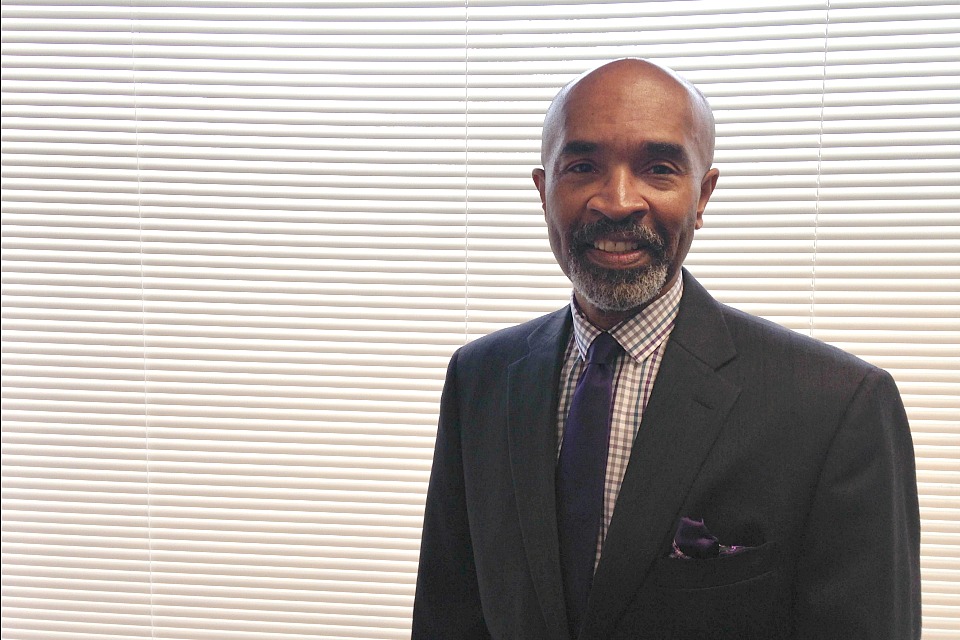 When Lolenzo Poe was growing up in North Portland, he came to understand the proverb, “It takes a village to raise a child.” Brought up primarily by his grandmother, Poe told The Skanner that there were several adults in his life who had a hand in raising him.

“If it weren’t for people putting their hands on me and spending time with me, I don’t know where I’d be,” he said.

His mission to better public education for underserved communities has sent him on a decades-long crusade. Since 2009, Poe has managed programs that are critical to Portland Public Schools’ efforts to raise the bar for minority student performance.

This month, Poe is saying goodbye to PPS and retiring from his post as Chief Equity and Diversity Officer and Director of Partnership Development.

“Everything I’ve done in my life has been centered on the notion of education and how in fact we help children – particularly low-income children and African Americans – achieve educationally.”

As a graduate of Jefferson High School, Poe experienced first-hand the perils of public education for Black kids in North Portland.

"I came through this system, and I understand what it feels like when you tell kids they can’t achieve,” said Poe. “But fortunately for me, there were those few in the school system who told me – you can be what you want to be.”

After earning an undergraduate degree from Oregon State University and a Master of Public Administration, Poe spent 32 years employed through Multnomah County – first as the director of the Department of Community & Family Services, and later as director of the Department of School & Community Partnerships. He also co-chaired the Urban League of Portland Board of Directors.

From 2002 to 2005, he sat on the board at PPS, before beginning his career there some four years later.

When Poe joined PPS as Director of Strategic Partnerships, he launched partnerships that supported the educational mission of the district, raised money from the corporate sector, and built a network of community based programs – particularly with people of color, which had historically lacked access to the district’s decision-makers.

His work ignited courageous conversations about race, helping connect those isolated communities to the school district. By the end of his first year at PPS, Poe joined forces with then-superintendent Carole Smith to move the discussions into verifiable change for the district – one that was more equitable.

The result was the five-year Racial Equity Plan, passed by the PPS board in the 2010-2011 school year. It called out race-based disparities in schools – among policies, practices and personnel – and tackled head-on the achievement gap between white students and those of color.

While the plan’s trajectory is targeted for success, Poe explained that it’s difficult to talk about growth when you have a long way to go from where you started.

“I’m not going to undo educational and institutional racism in five years,” he said. “But we are headed in the right direction and our data shows us that.”

The Racial Equity Plan has even garnered national recognition, with districts in North Carolina having contacted Poe with an interest in using PPS’s model.

“My hope – and this is what I said to the board in my last presentation – is that you continue to focus on this. You cannot waver,” said Poe. “If you commit resources, you can ultimately close the gap. But it takes time, and that is what’s hard for school districts to do.”

Faced with a scandalous lead problem, unfilled vacancies – including a new superintendent – a board with fresh membership, and a dwindling senior infrastructure with regards to staff, PPS’s critical issues at this time are both educational and organizational, according to Poe.

For him, the educational mission lies with closing the achievement gap. But in recognizing that, he never strays from the brutal truth he recognizes in the system.

“The issue of race and racism is alive and well,” said Poe. “And for us to act otherwise is an illusion that we can’t afford if we’re really going to close the gap for the kids who need us the most.”

While Poe said he’s looking forward to retirement and spending more time with his grandchildren, he has no plans of slipping away from the community.

“Gentrification has destabilized what was once a community, but there are still Black folks in the metropolitan area,” said Poe. “So how do we create a new community that can prosper with a mixed population? We have to stay vigilant, because if we don’t we can go the way of some other cities. And as a native born and raised here, that would bother me tremendously.”