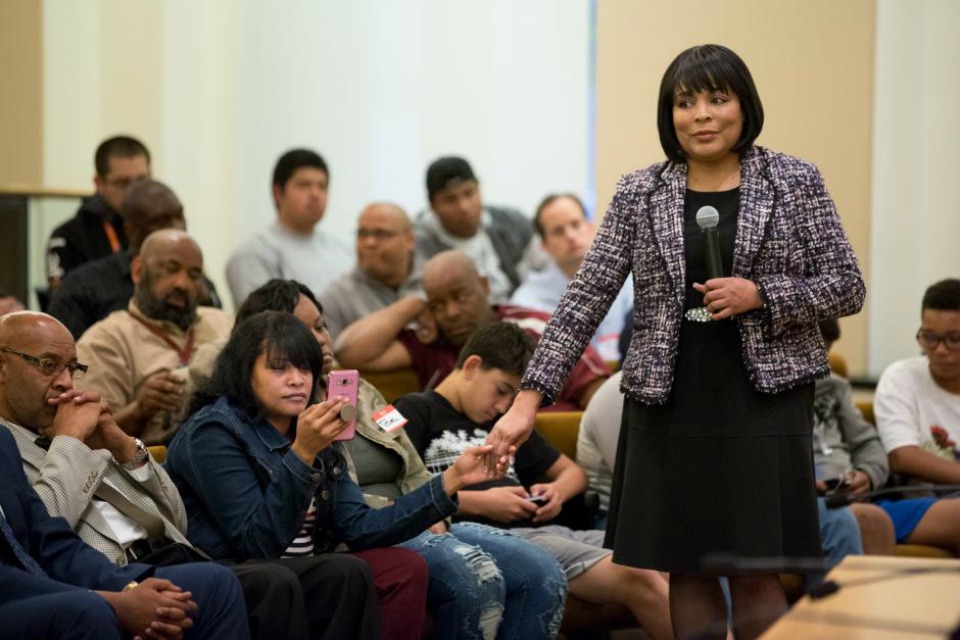 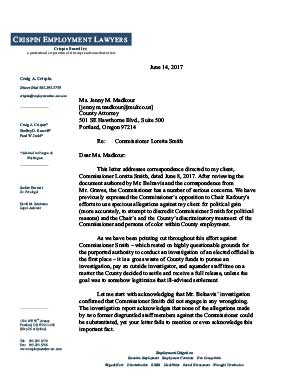 Click on image to read letter in fullThe letter is in response to the recent release of a report on the county’s investigation into claims against Smith, brought on by two former employees.

In it, Smith's lawyer Craig A. Crispin raises concerns of "bias" and "contamination" in the investigation, as well as the "editorial nature" of its final report.

He calls the claims and subsequent investigation a "blame game" and concludes by reminding the county attorney that Smith's tort claim notice is still effective.