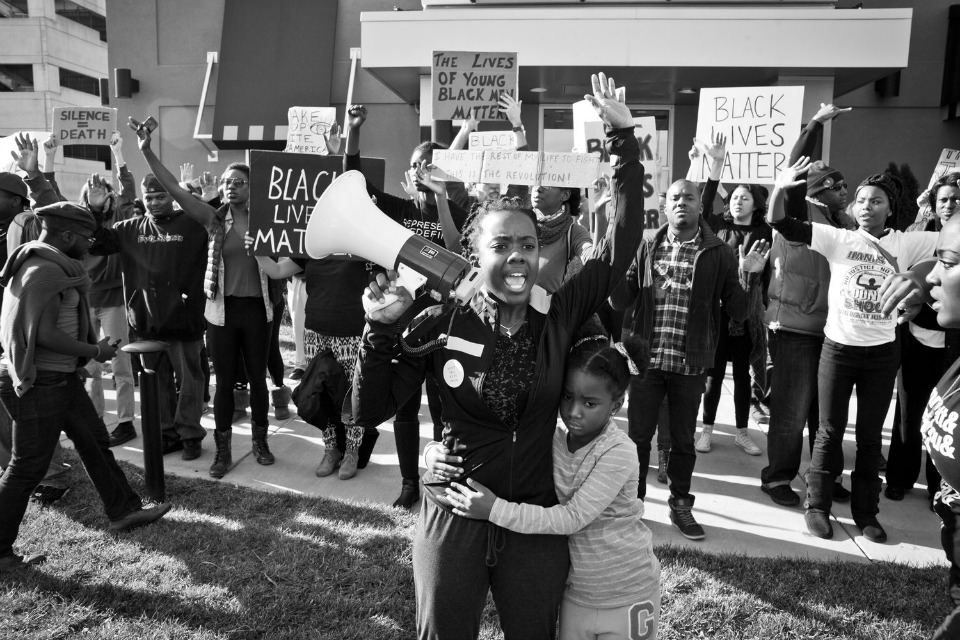 Each year – among celebrity-riddled mainstream cinema and quirky indie selections – the Seattle International Film Festival (May 18 – June 11) brings a wide-ranging showcase of documentary films from across the globe.

This edition, two docs from African American directors tackle the topical and complex issues of police accountability and the Black Lives Matter movement during the period between 2014 and 2016.

“The Force,” from Emmy Award-winning filmmaker Peter Nicks, provides an in-depth, verite look into the Oakland Police Department, as it grapples to reform and redeem itself after a decade-plus rap sheet in misconduct; while first-time director Sabaah Folayan hashes out racial tensions between the cops and community activists in “Whose Streets?”

“This year, in particular, every documentary has seemed more relevant with the new Trump administration,” SIFF programmer Megan Leonard told The Skanner. Though “The Force” and “Whose Streets?” overlap in subject matter, “I think both films show a different side of the issue,” she added.

Together, the documentaries give us a more complete picture of the role and perception of law enforcement today in a deeply divided America – with no easy answers on hand.

Nicks – who won the Best Director prize at the Sundance Film Festival for his documentary – spent two years (2014 – 2016) submerged in Oakland’s force, filming officers in training, on patrol, in front of the press and behind closed doors.

The documentary is the second in a trilogy that Oakland-native Nicks is working on about his city, which carries one of the highest crime rates in the nation.

In the opening minutes of the film, we see police officers huddled together like athletes in the locker room: “Who are we? OPD!” they chant in unison. The scene represents vital teambuilding after the department was placed on federal oversight in 2003 for police misconduct and civil rights abuses, and was since teetering on the verge of federal takeover.

After cycling through five police chiefs in a decade, no-nonsense Sean Whent was brought in to implement tough reforms and regain the public’s trust, while working to change the perception of the OPD.

And perception is what Nicks examines through his storytelling. As a young man, the director was sent to federal prison for a year on drug charges. But his benevolent experience with one particular cop at the time of his arrest helped him explore a more human side of law enforcement in his film.

“I want the African American community to understand on a deeper level what police face on the day-to-day, and I want the police to understand on a deeper level the narratives that African Americans have been carrying with them for generations that lead to them being distrustful and angry and upset,” Nicks told the UC Berkeley Graduate School of Journalism, of which he is an alum, shortly after his win at Sundance.

“But as a value proposition, we felt that there was something damaging happening in this dialogue, around this relationship between the police and the community, and we were hoping that the film could help reframe that discussion.”

Ultimately, Nicks doesn't take a side. Instead, he allows the police pressures and the public dismay to simply play out. During community seminars with African American liaisons, irate residents voice concerns about slow police response time. One elderly Black woman explains how officers took three days to respond to a break-in of her home, giving the thieves enough time to rob her neighbor as well.

While Whent succeeds in effectively introducing police-worn body cams, rides out 2014 with no fatal officer-involved shootings, and decreases complaints against the force by 60 percent, it’s not long before the OPD’s reputation nosedives once again.

By August 2015 the OPD is responsible for four shootings of Black men within two months, leading to further community pushback. Nicks’ camera then moves into the protests that intersect with the Black Lives Matter movement and the national scrutiny of police brutality.

The final straw comes in the spring of 2016, when as many as 16 OPD officers are accused of sexual misconduct involving an underage sex worker. The scandal leads to Whent’s resignation and public outcry of corruption, racism and a lack of trust.

After 13 years on federal oversight, in November 2016, Oakland residents vote in favor of establishing a Civilian Police Commission, which has the power to report misconduct, impose discipline and fire the chief. It created one of the strongest police oversight boards in the country today.

Birth of a global movement

When Sabaah Folayan and her co-director Damon Davis landed in Ferguson, Missouri. – just weeks after an unarmed Michael Brown Jr. was shot eight times by police officer Darren Wilson – they weren’t entirely sure where the story would go, or just how it would end. But they didn’t stop filming for close to two years, and in doing so they’ve captured the quintessential testament to the rise of Black Lives Matter.

With passion and courage, “Whose Streets?” depicts the fearsome Ferguson community as it awaits answers from law enforcement, while pleading for justice to be served. But that never comes. Instead, we watch vigils confronted with mass police presence, and later, the National Guard. Meanwhile, the media redirects coverage from grieving citizens to enraged riots and looting.

“After the decision came down not to indict Officer Darren Wilson, the tone of the protests changed,” Folayan told The Skanner. “The focus shifted from this particular case, to the larger systemic issues at play.”

The film weaves together cell phone footage of protests with boots-on-the-ground commentary from local residents and Brown’s family members. In-between, tweets that appear as title cards narrate the bigger picture of a race relations movement which is gaining momentum.

According to the filmmakers, their goal was to show the diversity of the tactics being used to mobilize communities – and the impacts they made, particularly on youth. The result is a film that is as emotional and sincere as it is insightful and spirited.

“Whose Streets? Our streets!” becomes a battle cry, as young people form alliances, rally in their communities, and set the stage for a global movement that asks citizens to take a side. 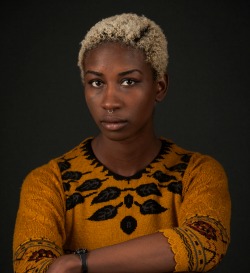 Director Sabaah Folayan The directors create a seamless cinematic map by “connecting the dots between political struggle and private life by spending time with the people in the film during their daily lives,” said Folayan, who follows seven activists, each appearing in the story to varying degrees.

One is a fierce young mother, Brittany Ferrell, who devotes her life to the civil rights cause. In what is one of the film’s most goose bump-inducing scenes, we watch Brittany with her fist held high in the night air, screaming in the face of police officers until her voice is hoarse: “We will continue to fight for our rights! We’re not going anywhere!”

Later, the young warrior gets arrested in a public demonstration, but continues to teach her daughter that standing up for what one believes in is the strongest of virtues.

“’Whose Streets?’ really does a great job of showing the evolution, not just from that initial moment in Ferguson, but continuing through the Black Lives Matter movement,” said Leonard. “I will say I don’t know if I’ve seen a lot of other documentaries about the issue. This is really the first one to come out to showcase Black Lives Matter that’s been this good.”

Out of 400 films, SIFF 2017 screened less than 10 on Black topics, or by African American filmmakers. These noteworthy documentaries, however, offer windows into entirely different worlds of African Americans, from both new and old guard directors.

In “Quest,” director Jonathan Olshefski films one Black working-class family in North Philadelphia over the course of eight years in his first feature-length documentary. At the center is protagonist Christopher Rainey, who takes viewers on a journey of his life and his community of hip-hop artists in a portrait of hope and social struggle.

“Step” looks at the sisterhood of three Baltimore high school students as they prepare for college and train for a step-dancing championship; while “The Death and Life of Marsha P. Johnson,” by Oscar nominee David France (“How to Survive a Plague”), reveals never-before-seen footage and interviews surrounding the Black transgender activist and Stonewall Riots veteran who mysteriously died in 1992 at the age of 46.