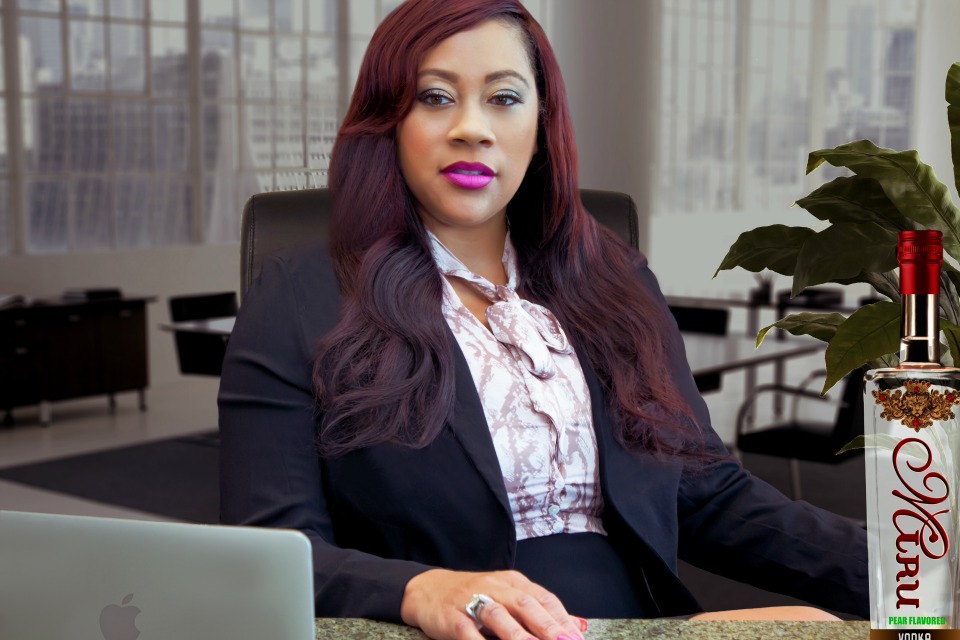 By Melanie Sevcenko | The Skanner News
Published: 11 May 2017

With no investors or professional experience in distilling, King was in the position of so many small business hopefuls: down on her luck.

“You’re a high risk as a new business. Traditional banks are just afraid if you’re a startup,” said King. “That’s been a problem for many years. If you don’t have a lot of collateral to put up, then it’s even harder.”

According to a 2016 report from the Bureau of Labor Statistics, women make up only 22.7 percent of alcohol wholesalers – and only 10.6 percent are Black.

“I always wanted to produce something that was for women, by women,” said King, who comes from a decade-plus career in human resources. She describes her vodka as “not syrupy”, but smooth and flavorful with a kick.

King came to understand what women like in a drink after years of bartending in the off-hours of her day job.

In 2015, she won the Portland Development Commission’s Startup PDX Challenge, which connected her to MESO, Micro Enterprise Services of Oregon. That’s when the ball got rolling for King.

MESO was established in 2005 to assist in developing commercially viable businesses with an emphasis on minority and underserved entrepreneurs.

It does this by offering micro-loans – the smallest on record is $100 and the largest $275,000 – to a wide range of businesses that include food services, child care, small manufacturers, arts and culture and much more.

Sixty-eight percent of MESO’s clients are women-owned businesses and 38 percent are Black-owned; the majority are below 50 percent of the area median income.

The non-profit was originally known as MEND, or Micro Enterprise Neighborhood Development, a program of the Black United Fund of Oregon. In April 2008 it became MESO, under the Pedagogy Institute.

Last month, MESO made a splash in the micro-lending market by receiving $1 million from the Small Business Administration. The capital will help finance an additional 20 to 40 small firms in Oregon and southwest Washington with loans up to $50,000.

In today’s climate, just a few thousand can make a crucial difference for a small company that lacks the assets and the credit.

“They usually don’t have enough collateral, and they don’t have a history in borrowing,” said MESO’s executive director, Nita Shah. “Many times the banks reject these business owners, even though their businesses are growing and they have a strong cash flow.”

While small businesses accounted for 64 percent of the net new jobs created between 1993 and 2011, according to the Small Business Administration, startups and small businesses have an 80 percent chance of getting turned down for a bank loan.

A recent report by the Woodstock Institute found that nationally the total number of loans for small businesses in 2014 was down nearly 60 percent from the peak in 2007; while the dollar amount of loans decreased by nearly 37 percent between 2007 and 2014.

(Side note: the report found lending to be a particularly pronounced problem for small business owners in communities of color or in low and moderate income neighborhoods in Buffalo, New York and New Brunswick, New Jersey.)

“If (small businesses) don’t have some of the needed documentation for underwriting, they don’t qualify for a bank loan, and that’s where lenders like us come in,” said Shah.

All of MESO’s loans are attached to an eight percent interest rate and serve businesses that have been running for at least six months, with under 50 employees.

If access to affordable capital can make or break a small company, MESO’s track record is testament to that. One hundred percent of its clients are still in business, and 99 percent have either paid back or are in the process of paying back their loans.

They also receive consultation alongside financing.

“Sometimes businesses will ask for $25,000. So we’ll sit with them and analyze what they’re doing, how much debt they can take on, and how much of a payment they can make,” explained Shah. “We don’t want people to get into debt if they don’t need to, so we’ll find other resources for them.”

In addition to a loan, King was offered a market-link report, which analyzed her competitors and included marketing strategies.

“I tried crowdfunding and that just didn’t work. I would have made it happen some way, that’s just my personality. But if it wasn’t for MESO I would be in a different place. I would still be fundraising,” she said.

Miru is carried in liquor stores in Oregon, and will soon be available in Washington. King is hoping her two newest products – a non-flavored vodka and a rye whiskey called Rex – will continue to open doors.

She said she is on target to turn a profit by next year.