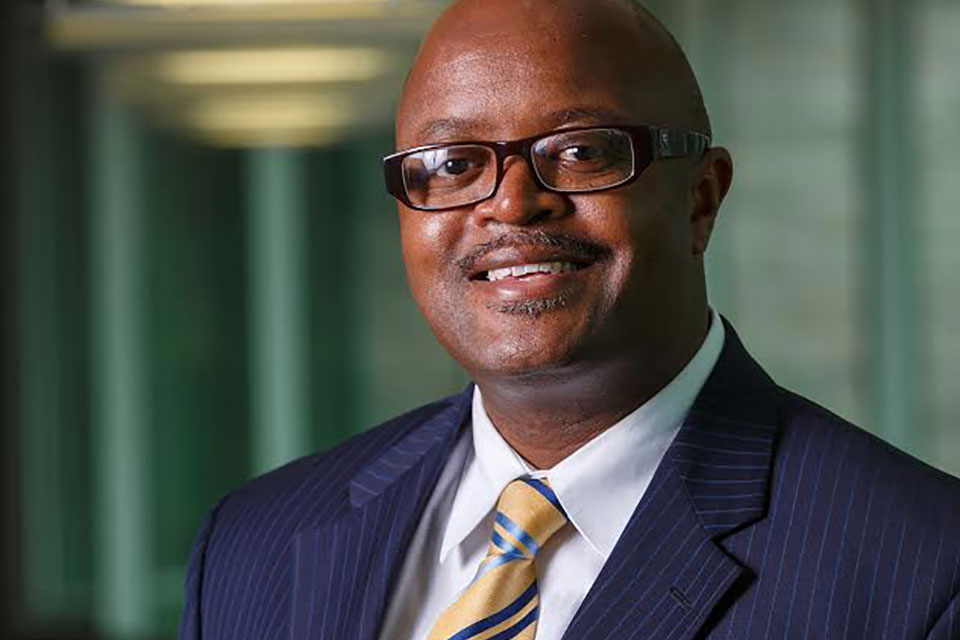 With over 50 programs, PSU’s Graduate School of Education prepares and trains more educators than any other institution in the state. Ninety-five percent of its graduates work in a position related to their degree in the first year after graduating, with Portland Public Schools being the largest employer.

Currently, 350 of its graduates are working as administrators in 96 Oregon school districts.

Lynn spoke with The Skanner over the phone from his current home in South Bend, where he is a professor and the dean of the School of Education at Indiana University. He relocates to Portland this summer to begin his new leadership role at PSU.

The Skanner News: How would you like to see outcomes improve for students of color in Oregon?

Marvin Lynn: Unfortunately we have a situation in the United States where there are education disparities across the board -- whether that’s Oregon, Indiana, Illinois or New York. We see these disparities between differently situated groups. For example, poor and working class kids don’t achieve at the same level as kids that are more well off.

We also see that disparity between African American, Latino, White and Asian American students, where White and Asian American students perform at the top levels in terms of academic achievement, and Latino and African American students often times performing at the bottom levels. In many cases, African American male students are at the very bottom of that. I’ve seen that in every place I’ve worked, and I’ve worked in a number of states at public institutions of higher education. So wherever I go, it’s always part of my mission to try to address that issue; because I feel that public institutions of higher education should be engaged in these larger questions of education disparity – or as some would refer to as achievement gaps – because it leads to other kinds of disparities later on, such as income, employment, degree attainment.

As a dean of the Graduate School of Education, I feel very strongly about the role of teacher education and educational leadership, and being invested in solving that challenge. We (need) to direct our instructional effort – in terms of what we do with our students who are going to be working in these schools and communities – and shape our curriculum in a way that is designed to really transform that problem into a positive. That’s a big goal anywhere I go, and Oregon will be no different. I have colleagues at Portland State that are absolutely committed to that as well, and are looking to doing that work at a higher level.

TSN: Do you have plans to improve teachers’ cultural competency as dean of PSU’s Graduate School of Education?

ML: Based on what I know, there are a lot of wonderful things happening at Portland State with regards to culturally relevant teaching, or the development of teachers’ cultural competency. My expectation would be to help them advance this work even further, to reach even more students, and to continue to diversify the student body and the faculty, so we can be more successful at reaching our goal.

Cultural competency is a big component of any curriculum that’s designed to effectively prepare teachers to teach diverse young people. But I think it has to be accompanied by some other things. I think we need to have conversations about race and think about how that influences outcomes in schools and in the rest of society. I think we also have to be engaged in community work and be situated in spaces and places where we can truly learn firsthand some of the struggles and challenges young folks are experiencing in communities where they may not have all the support they need to be successful.

TSN: You wrote a research note titled “Toward a Critical Race Pedagogy,” as well as “Handbook of Critical Race Theory in Education.” Could you explain how these theories play out in the classroom?

ML: What it means is that classroom teachers really have an understanding of how race and racism impact their students. And (also) understand that they themselves are “racialized” beings, along with their students, and that their students are going to have different types of experiences because of the way race shapes and influences outcomes in our society, and how they use that as a tool to connect to students.

So when I was talking to kids who were using this word freely, I had to then help them understand the history behind it.

Teachers have to be prepared to do that, and if they don’t have the background to do it, they can get people from the community who can share that information, and then connect that to other things in the curriculum. So that’s what I’m talking about – teachers who don’t run from race, but confront it in productive ways and teach kids valuable lessons about history and their identity. But at the same time, making sure those kids get the skills they need to be successful.

TSN: In which ways does PSU’s Graduate School of Education need to address of the intersection of race and education?

ML: I don’t want to speak out of turn, because I’ve spent very little time in Portland. I have a background as a qualitative researcher out of the University of California, where as qualitative researchers we’re almost ethnographers. We invest time in communities so we can develop an understanding of those communities. Because I haven’t invested so much time, it’s hard for me to say what the (Portland) community needs. But what I will say is that Portland is like a lot of communities. I think it has some great ideas about equity and how we advance equity.

From what I’ve heard from my colleagues who’ve been in Portland for a while, is that the challenge is realizing those ideas and putting them into action. And I can tell you, that is a challenge everywhere. I think what I like about Portland is that they have a clear vision, and so the challenge for us is going to be – how do we realize this? What are things we ought to be doing day-to-day to make sure that we are on-track, and that we’re not doing things that run counter to our visions for equity and social justice.