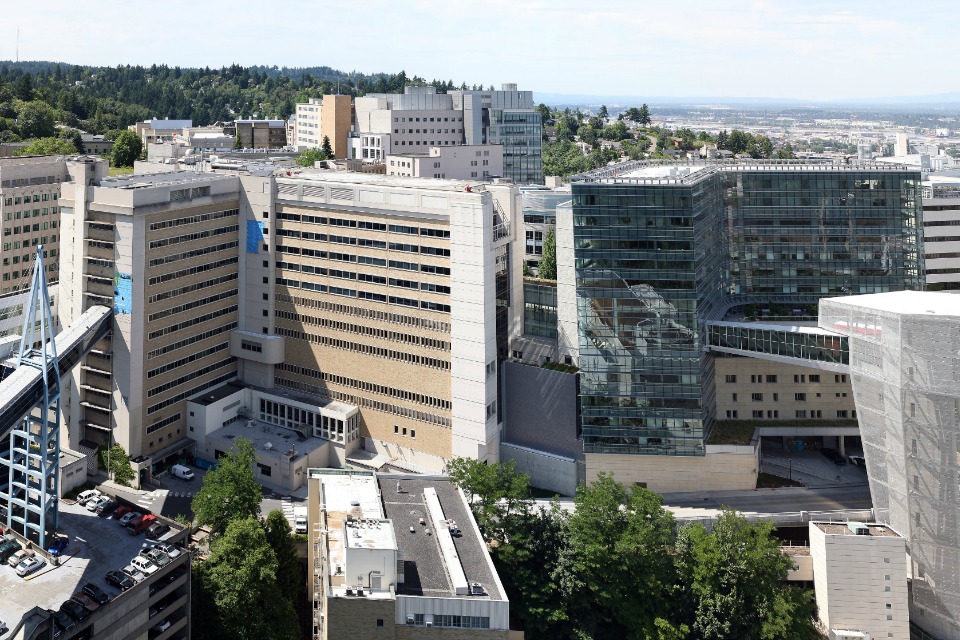 Last week Oregon Health & Sciences University launched an annual lecture series to honor Dr. Norval Unthank, a physician and civil rights activist who for several years was the only Black doctor in Portland.

Dr. Edward Cornwell is surgeon-in-chief at Howard University Hospital and is considered one of the top trauma care surgeons in the country. A specialist in the treatment of gunshot wounds and critical care, Cornwell talked about racial disparities in trauma care – and how hospitals can change to reduce them.

According to Jamie Thayer, director of development for the OHSU Foundation, the new lecture series will take place every spring. While last week’s talk took place at OHSU’s Marquam Hill campus, Thayer said organizers will likely move the lecture to a more central location, either downtown or the east side of Portland.

Thayer said the lecture series was the brain child of two local physicians: Dr. Nathalie Johnson, the medical director of Legacy Cancer Institute, and her husband, Dr. William Johnson, the President of Moda Health, both of whom are African American.

“They wanted to create a lectureship that would help bring to light the health inequities that exist in the Portland area. They decided to name it after Dr. Norval Unthank to give it broader community reach, especially in the African American community,” Thayer told The Skanner. One of the goals of the lecture series is to bring the community together; another is to “move the needle” politically for communities of color in Oregon.

DeNorval Unthank, Sr. was born in Allentown, Pennsylvania in 1899, raised in Kansas City and educated at the University of Michigan and the University of Kansas, and attended medical school at Howard University, graduating in 1926.

After performing his internship and residency in Kansas City, he was hired by the Union Pacific Railroad to provide medical services for minority workers in Portland. When he arrived, in 1929, Oregon voters had just three years previously voted to repeal a provision in the state constitution preventing non-White people from permanently settling in the state. He also arrived to a city where the Ku Klux Klan was entrenched in the city and state power structure, and his family were harassed mercilessly, relocating four times before settling in southeast Portland.

As his career progressed and the city’s Black population grew, Dr. Unthank turned his attention to improving race relations in Portland. He cofounded the city’s chapter of the Urban League and served as president of the NAACP Portland branch, served on the state Committee for Equal Rights and the Council of Social Agencies and helped lobby for the passage of the state’s 1953 Civil Rights Bill. In 1958 he was named Doctor of the Year by the Oregon Medical Society; he received a distinguished service award from the University of Oregon in 1971; and received awards from the B’nai B’rith Lodge, Concordia College and the National Conference of Christians and Jews. In 1969, the city dedicated a park in North Portland to honor Dr. Unthank. He died in 1977.