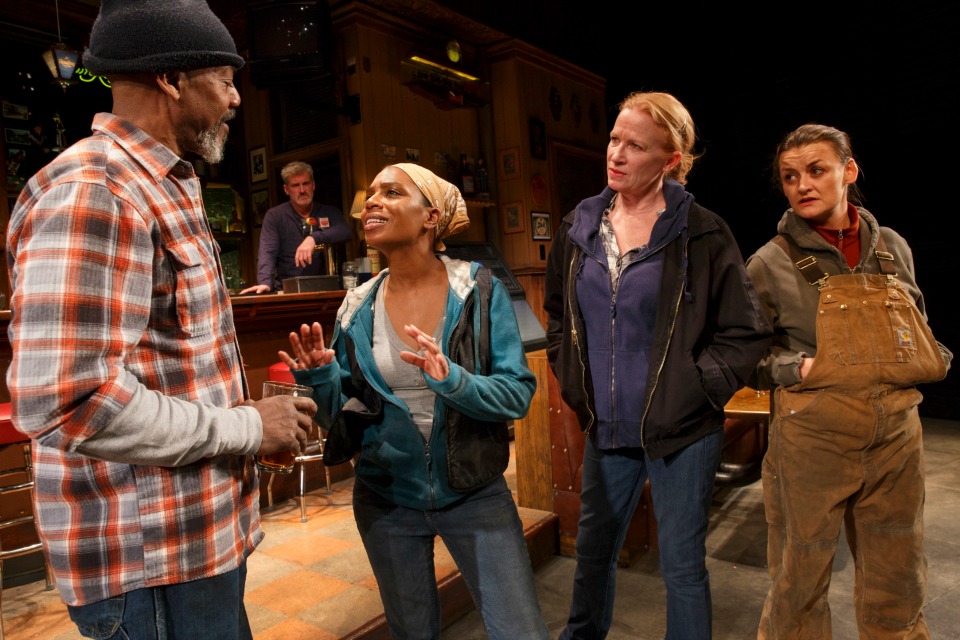 The Pulitzer Prize citation lauded Sweat, “For a nuanced yet powerful drama that reminds audiences of the stacked deck still facing workers searching for the American dream.”

Playwright Lynn Nottage said, “I am grateful to the Pulitzer panel for recognizing my play. I share this honor with an amazing group of collaborators who poured their energy and passion into the making of Sweat. I am eternally thankful for their beautiful contributions – director Kate Whoriskey; Oregon Shakespeare Festival and Arena Stages, which co-commissioned the play; producers Stuart Thompson and Louise Gund; The Public Theater; early support from the McCarter Theatre and The Lark; and the all of the casts, designers, and crew members.

However, this play would not exist if the good people of Reading, PA hadn't so generously invited me into their community to listen to their uncensored stories. The role of an artist is to witness and reflect, and to be in dialogue with the culture at large. As a woman of color, I feel an even greater urgency to flex my voice, and it is gratifying to know that there is an audience that will lean in and engage even when the stories are challenging.”

"Sweat" was chosen as one of the Best Plays of 2016 by The New York Times, Wall Street Journal, Los Angeles Times, Time Out New York, The Star-Ledger, The Bergen Record, Deadline, The Wrap, The Huffington Post, New York Amsterdam News, Theatermania, and Broadway World.

"Sweat" was co-commissioned by the Oregon Shakespeare Festival and D.C.’s Arena Stage. The play received its world premiere at OSF in July 2015, in a sold-out run. The production subsequently played an acclaimed run at Arena Stage in January 2016. Sweat played an acclaimed engagement at New York’s Public Theater in November 2016, where it was extended three times, with critics writing about the play’s breathtaking timeliness, compassion, and power.

With warm humor and tremendous heart, Lynn Nottage’s Sweat tells the story of a group of friends who have spent their lives sharing drinks, secrets and laughs while working together on the line of a factory floor. But when layoffs and picket lines begin to chip away at their trust, the friends find themselves pitted against each other in the hard fight to stay afloat.

Kate Whoriskey directs this stunning new play about the collision of race, class, family and friendship, and the tragic, unintended costs of community without opportunity.

Sweat is produced on Broadway by Stuart Thompson and Louise Gund.