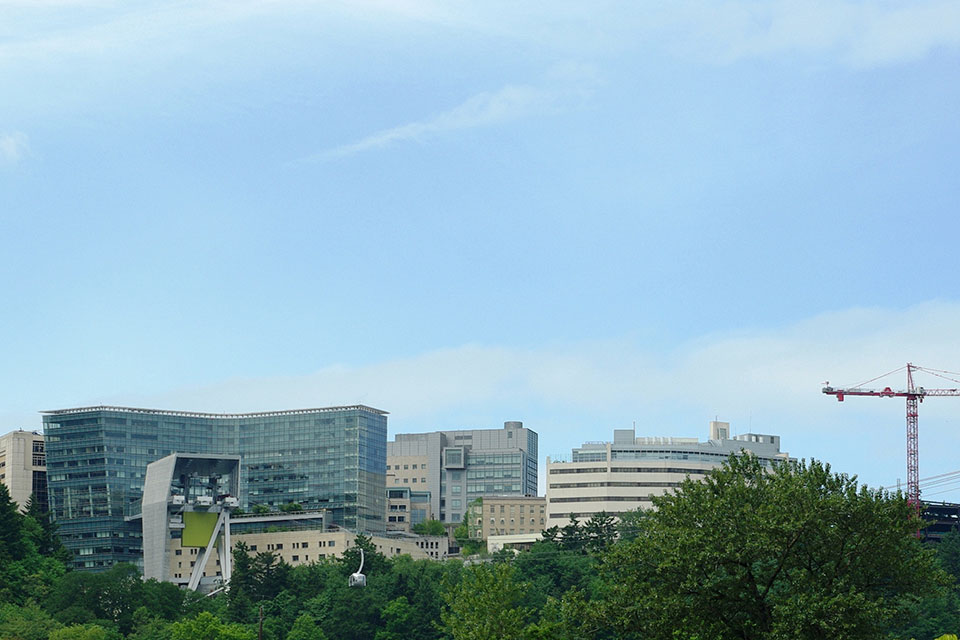 A former medical assistant at Oregon Health & Sciences University resigned her position at the end of February, three months after she discovered a coworker had posted a sign with a noose in a working area – prompting her union to file a grievance on her behalf and also prompting her to take medical leave.

Maria Frazier told The Skanner she no longer feels safe at the institution, as after several meetings with university officials and media coverage by the Portland Tribune and KBOO, she was offered free counseling but not assured the physician’s assistant who placed the noose and sign would be disciplined.

“They minimized violating my civil rights and they got away with it,” Frazier told The Skanner. She declined to say whether she planned to pursue additional action against OHSU.
In November – shortly after the election, Frazier notes – she came to work and discovered a sign with a noose attached to it and filed a grievance through her union, Local 328 of the American Federation of County, State and Municipal Employees. 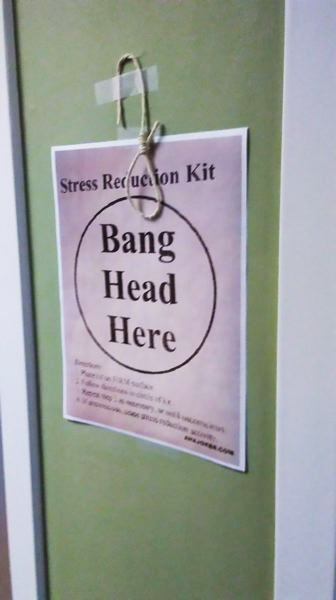 A co-worker of Maria Frazier's posted a sign with a noose in a working area. Photo courtesy of Maria FrazierFrazier took photos of the sign and noose and posted them to Facebook. The sign reads, “Stress Reduction Kit – Bang Head Here.” Below the text is a large circle; above it, the photo shows a small hanging noose.

Frazier and her family were the victims of a hate crime in September, which was reported on by The Skanner and other media. (In that story, she is quoted using her legal name, Foia, where Maria is a nickname she uses at work.) While her young sons were sitting in their car in front of her mother’s house, according to Frazier’s account and police reports, a passing bicyclist sprayed bear spray into the parked vehicle, screaming racial slurs at the children. The children were hospitalized and the interior of the car was destroyed.
The Portland Police Bureau is investigating the incident as a hate crime, and for Frazier, the noose connoted the long history of lynchings of African Americans.

James Ryan, a spokesperson for the Equal Employment Opportunities Commission, said the presence of nooses in workplaces is an “especially cruel form of race harassment” and one his office has seen more of in recent years.

According to information released by the commission last summer, the EEOC had filed or recently resolved about 20 racial harassment lawsuits involving nooses in the workplace. Charges of racial harassment filed with the commission increased fivefold between the 1980s and the 1990s and tenfold from Fiscal Year 1996 to 1999. Only a few hundred of the tens of thousands of complaints filed annually with the EEOC, which specializes in enforcing federal discrimination laws, end up resulting in a lawsuit. Others resolve with employers choosing to settle out of court or with complainants reaching out to local agencies, since some states have stronger anti-discrimination laws than the federal government.

Matt Hilton, president of Local 328 of the AFCSME, said Frazier’s case is the first case of a racial harassment complaint he’s seen that went as far as it did and had the result it did.
“To the magnitude that there was an investigation, employee was not terminated, the employee opted to terminate her employment when her benefit ran out, this was a new level that I never encountered before,” Hilton told The Skanner.

“I think what was frustrating for us was, when OHSU talks a great game about diversity and inclusion, if that doesn’t trickle down to employees that they should absolutely know better, that means we still have a long way to go,” Hilton said.

Frazier told The Skanner she felt the employee who put up the sign should have been more severely disciplined, and Hilton said OHSU may have a double standard where it protects “revenue-generating” employees and does not protect others.

Frazier is also not alone in feeling uncomfortable or unsafe at OHSU, which is the largest employer in the Portland area. According to an anonymous survey the school took last spring, and whose results were obtained and published by the health care news site The Lund Report last week, among 2,026 faculty members, 23.5 percent said they had observed harassment and 23.5 percent said they had experienced it. Additionally 19.7 percent of faculty members said they had observed discrimination and 14 percent had experienced it, yet only 5 percent of respondents reported the incident to their supervisor.

Though Frazier and the employee who put up the sign have similar-sounding job titles, Hilton said it’s important to note physician’s assistants have many of the same practice rights as doctors and can be patients’ primary providers, and are better compensated than medical assistants. At OHSU, physician’s assistants are not represented by a union.

Hilton noted employees take a 33 percent pay cut when they go on disability leave, and while Frazier may have the opportunity to pursue the matter through civil action, it’s unfair to characterize her as someone “seeking a handout,” as has been charged on previous news stories. Frazier told The Skanner at the end of March she has not yet found another job.

According to Charlie Burr, spokesperson for the state Bureau of Labor and Industries, in 2015 the state received 215 race-related employment complaints. Burr also released a memo to The Skanner about BOLI’s investigation of the November incident. An investigator wrote that the physician’s assistant who hung the sign and noose was issued a notice of policy violation and required to attend three separate training modules on diversity, respect and intercultural communication, and that OHSU offered to move Frazier to another department.

That memo says BOLI’s investigation found OHSU “took immediate and appropriate corrective action” and did not find evidence that OHSU retaliated against Frazier for engaging in whistleblowing or applying for protected leave time.

Frazier and Hilton both mentioned they were told the sign was intended as a joke about suicide, not a reference to lynching, but neither of them find that funny or work-appropriate either.

Hilton did say the university has reached out to the union about responding to Trump’s executive orders affecting immigrants, and he thinks the institution’s desire to combat discrimination is sincere.

“I don’t want to give the impression that the institution is shirking in its responsibilities or that it has racist sympathies. I don’t think they do,” Hilton said. “But the fact that this happened and that it played out the way it did is extremely disappointing.”

OHSU confirmed that Frazier resigned her position at the end of February. The university has not commented on the matter other than to release a statement in mid-January condemning the incident.

“This incident reminds us that words are not enough. We must all embrace a culture of inclusion, speak out against discrimination and impose harsh consequences to those who by word or action are disrespectful or hostile to others,” said the statement, which also called the placement of the noose “deeply offensive.”