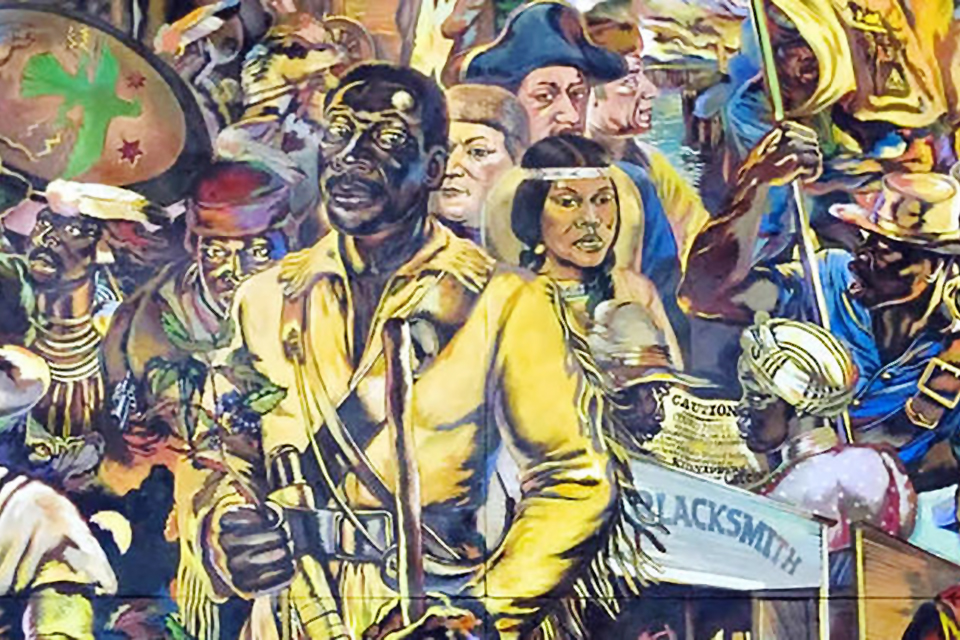 A new study released by PSU’s College of Urban and Public Affairs found that Portland’s newest migrants are more diverse than the overall population, yet the Rose City continues to lose its African American population.

“At this point we can only speculate on the reasons African Americans seem to be leaving the Portland area, such as the gentrification of North and Northeast Portland,” said Jason Jurjevich, assistant director of PSU’s Population Research Center, in a press release for the study.

The study is part of PSU’s America on the Move project, which tracks migration trends across the largest U.S. metro areas.

Among young, college-educated people, Portland ranked sixth highest as a leading migration destination between 2012 and 2014, largely due to its progressive politics, proximity to nature, cycling infrastructure – and until recently – its affordability compared to other West Coast cities.

Portland has been experiencing aching pains in growth, which have culminated in traffic congestion, rents that far outpace wages, homelessness and displacement of its long-term residents.

By comparing the city’s migration trends by race and ethnicity to the 50 largest U.S. metros during and after the Great Recession (2008 – 2014), the PSU report aims to understand how Portland’s consistent growth threatens its accessibility and its reputation for having a high quality of life.

The study cites a recent report from the City of Portland Auditor’s Office, which found that 79 percent of Portlanders rated the city’s livability as "good" or "very good" in 2012. Four years later, that rating dropped to 63 percent.

The report revealed that 38 percent of all Portland migrants from 2012 – 2014 were people of color, compared to 25 percent of the metro’s overall population. The diversity boost came mostly from Asian, Pacific Islander and Hispanic migrants.

In the same time period, nearly one in four young, college-educated people who moved to Portland were immigrants from foreign countries, an increase from one in seven between 2008 and 2010.

Yet that doesn’t put Portland at the center of diversity, by any means. The region’s migration flows are less diverse when compared to other U.S. metros, particularly among African American migrants.

Before the recession, between 2005 and 2007, the annual flow of Black migrants was essentially zero. But after the recession, during 2012 and 2014, Portland lost a net of 800 African American residents.

“The data underscore the very real possibility that more African Americans are leaving the Portland metro than moving to the region,” stated the report.

Jo Ann Hardesty, president of the Portland branch of the NAACP, told The Skanner she has been a first-hand witness to the out-migration of Blacks in Portland.

“Most African American professionals leave within the first seven years of being here. If they’re in their 30s or 40s, and have had success in other locations, the chance of them staying in Oregon is pretty low,” said Hardesty. “We think it’s because of several reasons. One, because of the horrific criminal justice outcomes for the Black community in Oregon. We’ve got more than enough studies to show what a negative impact that’s had on communities of color.”

While Hardesty notes that rapid gentrification has raised costs of living, ultimately pushing Black communities into the suburbs, the issue is far more complex.

“Really across the board, whether you’re talking about home ownership or business opportunities, what I see with my own eyes is even in our elected leaders’ offices, it’s rare to see an African American from Oregon serving in any of those capacities,” said Hardesty. “I feel there’s a lack of value placed on African Americans who have grown up and lived in this community their entire lives.”

Meanwhile, according to the study, other large metro areas recorded net gains in African American migrants: 2,900 in Austin, Texas, 3,200 in Minneapolis/St. Paul, Minn., 5,000 in Pittsburgh, Pa., and around 1,500 in Seattle, Wash.

Jurjevich said that evidence suggesting African Americans are opting for other large metros over Portland is a migration trend that merits a closer look.

“In the coming weeks, however, we will be releasing a companion report that provides additional context to these numbers based on a survey with 850 Portland migrants and interviews with 30 Portland residents,” Jurjevich told The Skanner. “The report aims to understand how individuals decide to move to Portland, why they stay, perceptions of ‘livability’, and how the region's growth challenges might introduce costs that disproportionately burden people of color and individuals of lower socioeconomic status.”