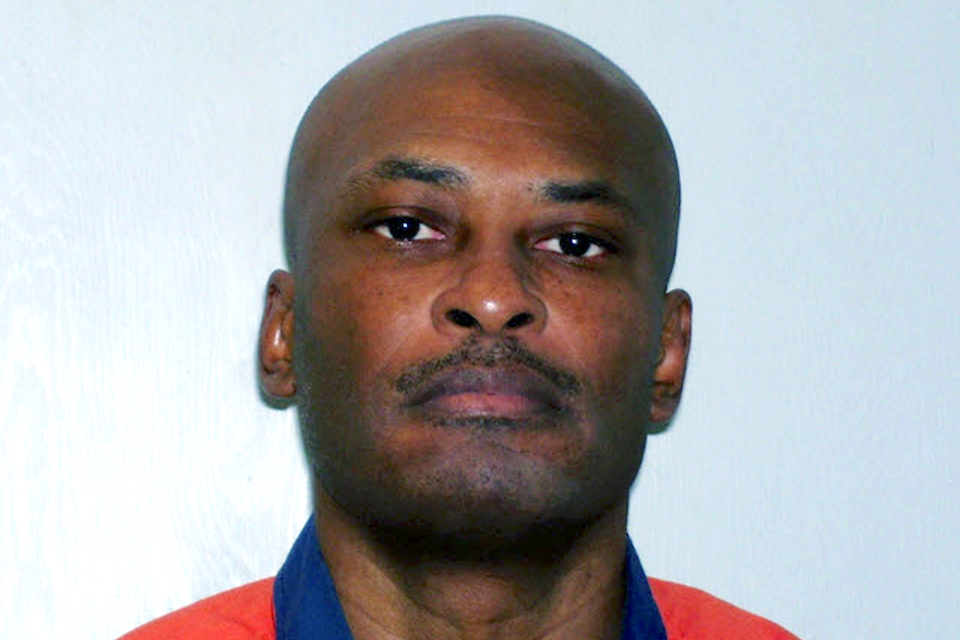 DETROIT (AP) — Thumbing through a law journal, Desmond Ricks recognized the name of a gun expert whose testimony had helped convict him of murder in 1992. The Detroit man wrote a letter, made phone calls and even offered gas money to persuade him to visit prison.

That tenacity could lead to freedom.

Ricks and a team from University of Michigan law school are making a remarkable claim with help from the expert: Detroit police, they allege, framed him for that slaying 25 years ago with sham evidence — bullets that didn't come from the victim.

"I was in the wrong place at the wrong time. I had nothing to do with this," Ricks, 50, told The Associated Press, referring to the shooting of a friend outside a burger dive. "They switched the bullets on me."

The law school's Innocence Clinic, with an affidavit from firearms expert David Townshend, is urging a judge to order new tests on evidence still in police storage and throw out Ricks' second-degree murder conviction.

The clinic has exonerated 10 people and freed three others since 2009 by exposing bad police work in Michigan, finding new witnesses and tapping specialists.

But prosecutor Kym Worthy isn't giving up on Ricks' conviction. Her office has dismissed the new argument as "ingeniously imaginative."

Innocence Clinic director David Moran said "it's hard to imagine something so brazen" as police swapping bullets. But he noted that the Detroit police lab was shut down after a 2008 audit revealed sloppy work, including the botched analysis of gun evidence.

"Detroit police were infamous at taking unconstitutional shortcuts in order to try to close murder cases," Moran said, referring to the early 1990s when Gerry Bennett was killed. "Detroit police is a much different institution now."

Ricks was with Bennett when Bennett was shot in the head outside a Top Hat restaurant in 1992. Ricks, an ex-convict at the time, said he ran away, dodging gunfire. But a few days later, police pinned the killing on him and seized a gun that belonged to his mother.

Townshend, who had retired from Michigan State Police, was asked by a judge to inspect the evidence before trial. His task was very specific: Did bullets delivered to him by Detroit police match Mary Ricks' .38-caliber revolver? Yes, he told jurors.

Desmond Ricks was halfway through his 32-year prison sentence in 2009 when he recognized Townshend's name in an ad in the back of a law journal. He reached out for help. The expert remembered the case, visited Ricks three times and told him about some nagging concerns.

The bullets in 1992 appeared to be in "pristine condition" with no trace of blood, bone or hair that would suggest they were removed from Bennett's brain and spine, recalled Townshend, now 76.

At the Innocence Clinic's request, the Wayne County prosecutor's office in 2015 turned over new digital photos of bullets and fragments still in police custody. Townshend said the photos show bullets that were "severely mutilated and extensively damaged" — not the bullets he inspected years ago.

"We need to get to the truth," Townshend told the AP.

But the prosecutor's office said his recollections might not be credible.

"Since Townshend has examined countless spent bullets during his 47 years as a firearms examiner, it is possible that Townshend is merely mistaken about what he remembers," assistant prosecutor Jonathan Mycek said in a court filing.

The law school also has filed an affidavit from a restaurant employee who has recanted her trial testimony. Arlene Strong said Ricks could not have been the gunman because he was still in a car when Bennett was killed. She said she was frightened by police back in 1992 and bullied by a prosecutor.

"The people we're relying on now were all found by him" while in prison, Michigan law student Nicole Leibow said of Ricks.

"He's very suspicious of law enforcement and the state. He knows they're going to fight us," Leibow said. "He's very consumed by it."
___
Follow Ed White at http://twitter.com/edwhiteap