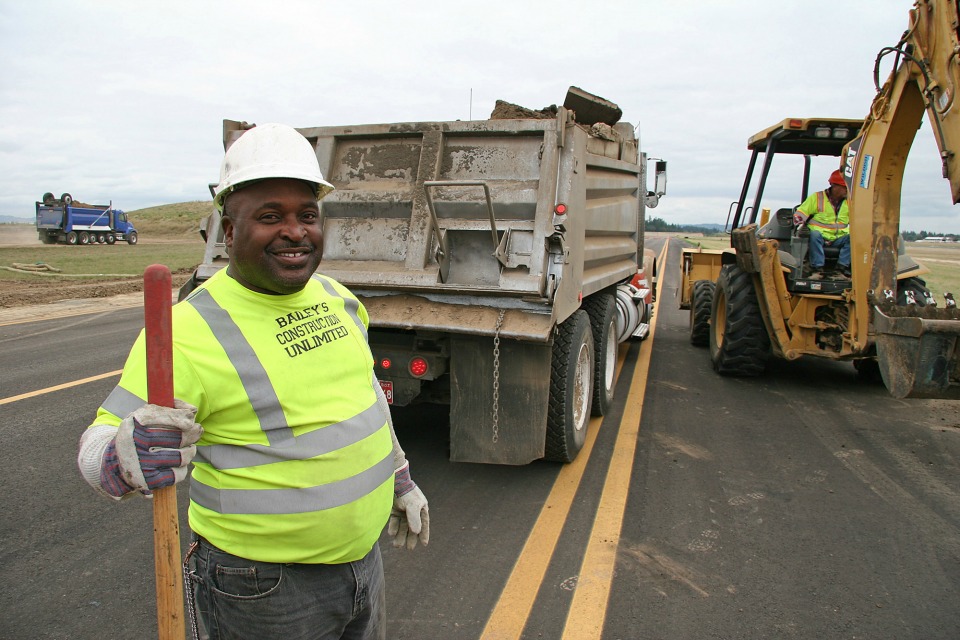 Five years ago, after 15 years driving a truck for Waste Management, Tyrone Bailey decided to strike out on his own.

Bailey had had a side job as a truck driver for a construction company. When his boss there retired, Bailey started his own business, Bailey’s Construction, providing hauling and excavating for construction sites.

Recently he received a $50,000 loan to upgrade to a larger, better-outfitted truck, making him eligible for a wider variety of jobs.

The loan – and other services, including technical consulting and support – came from Ascent Funding, which just recently changed its name from Albina Opportunities Corporation.

“They’ve been pretty awesome for me,” Bailey told The Skanner. “I’m kind of new with this entrepreneurship stuff. It’s year number five. Because of them I’ve been able to keep going.”

The organization was founded in 2008 and has extended more than $6 million in loans and lines of credit in its existence, focusing on minority-owned and women-owned businesses located in low-income neighborhoods. The organization only offers loans or credit to organizations that have been turned down for conventional bank credit.

“I’m proud to be a part of it, that they will help a little guy like me,” Bailey said. “If I go to the bank or something like that, it’s so much red tape that I don’t have qualification (for credit). One way or the other something is missing.”

He said in addition to the loan for his truck, the organization has been able to help him cover invoices to keep the business afloat during months when he may be running short – for instance, if he’s expecting a check from a contractor for a recent job but it hasn’t come in yet.

Ascent’s press release announcing the name change said the change reflects a shift in emphasis from one neighborhood – Northeast Portland’s historically Black Albina district – to helping business owners throughout the whole Portland area, but emphasized that apart from the name change, the organization’s mission, focus and leadership would remain the same. According to the organization’s website, the rebrand was the result of a seven-month process in which dozens of community partners, current and former clients and others participated in focus groups and discussions to provide feedback on the shift.

“Rebranding forces you to take a fresh look at your organization,” Robin Wang, Ascent’s executive director, said in the press statement. “In our case, we learned that our community was often just as valuable as our capital. Our clients tremendously valued the community of support – whether it is from our volunteer advisors or partner organizations – that come with every loan so that they can overcome their challenges, better manage their business, and ultimately become bankable one day.”