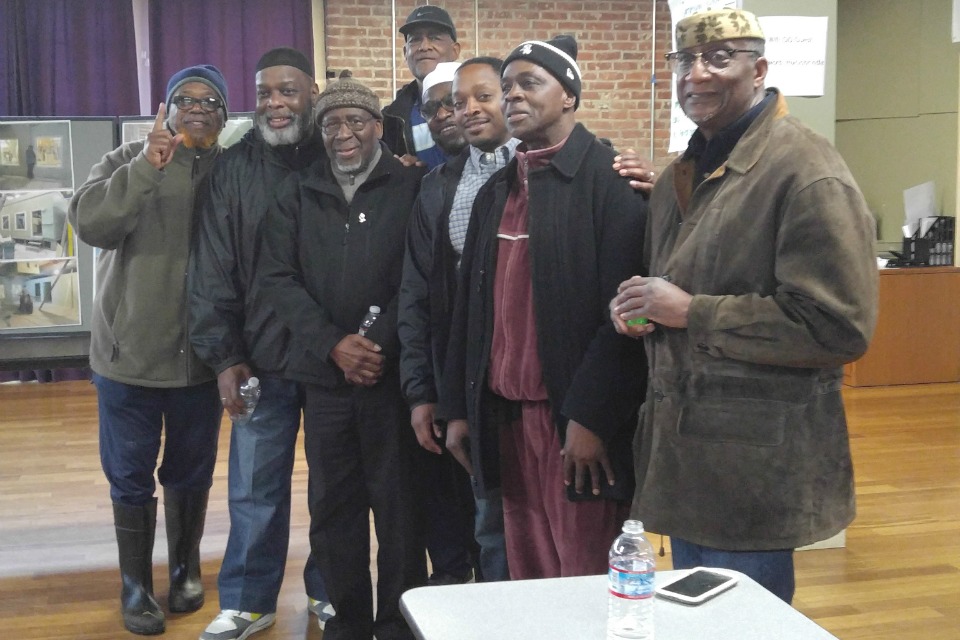 The Muslim Community Center of Portland hasn’t had its own meeting space for more than three years, but expects to settle in next month in a modular structure on North Vancouver immediately south of Killingsworth.

The organization has owned the 5327 N. Vancouver Ave. building since 2001, according to public records, and originally planned to build a larger worship site. Director Imam Muhammad A. Najieb told The Skanner it has paid for the bulk of the project – but is still fundraising to complete the building.

Najieb said the congregation is seeking to raise $158,000 to finish paying for the new structure, which will be delivered March 6 and 7 after completion by Pacific Mobile, a modular building company with facilities throughout the Northwest and California.

Prior to that, the community had raised about $400,000 for the new mosque, which went to pay for initial payment for the structure. Najieb said the total cost for the building itself is $319,000, and other funds have gone toward sidewalks and a building permit.

“No one can take credit for where this community is and has been,” Imam Mikal Shabazz said at a Feb. 18 open house to raise funds and invite the community to learn more about the new facility.

According to Najieb, the congregation raised $9,000 at the open house, which included food, prayers and updates from community members on the progress of the project.

Shabazz told the assembled group of about 20 people that the organization has had “unbroken leadership” despite several shifts in location and a shift in its religious philosophy.

The MCCP has been without its own physical space for worship since October 2013, when a fire destroyed its meeting place on the 3800 block of Northeast Martin Luther King Jr. Blvd. According to witnesses quoted in The Oregonian, the fire was started by burning incense that, due to a lack of ventilation, quickly destroyed its interior. Currently, the congregation holds Friday prayer services at the Matt Dishman Community Center on Northeast Knott Street.

The Muslim Community Center occupied several physical spaces in Northeast Portland since the congregation was organized in 1967. At the time of the 2013 fire, Najieb said, the group was already looking to build a new structure.

“We had a larger project on the drawing board but that didn’t materialize,” Najieb told The Skanner. “The fire, that caused us to find an emergency means for the facility. We decided to go ahead with a modular unit and put it up.”

At Saturday’s event MCCP project manager Wesley Salauddin (Johnson) said the new structure will be the first mosque in the Northeast area built from scratch.

The congregation has laid the foundation on the lot, arranged for plumbing and electrical work and erected poles for an outdoor gazebo. The modular structure is small – 28 feet by 64 feet. Men and women will have separate entrances but worship together. The MCCP owns an adjacent lot, and Najieb said the community will plant it with grass – but is considering developing the property or opening a community space or child care center there.

The Muslim Community Center first organized as a temple of the Nation of Islam in 1967. After longtime Nation of Islam leader Elijah Muhammad died in 1975, his son, Warith Deen Mohammed, disbanded the movement and reorganized it as the multiracial American Society of Muslims, Portland’s congregation followed suit, embracing Sunni Islam and welcoming all races as co-worshippers and undergoing a couple of name changes before settling on the Muslim Community Center of Portland in 1987. (Louis Farrakhan re-established the Nation of Islam as a separate, Black nationalist Muslim movement in 1977.)

Najieb estimates that about 50 people regularly attend Friday’s prayer services at Matt Dishman, though in the past the community has included as many as 350 women, women and children. Some, he noted, have stayed in touch with the community but started attending services at other mosques in the area after the fire.