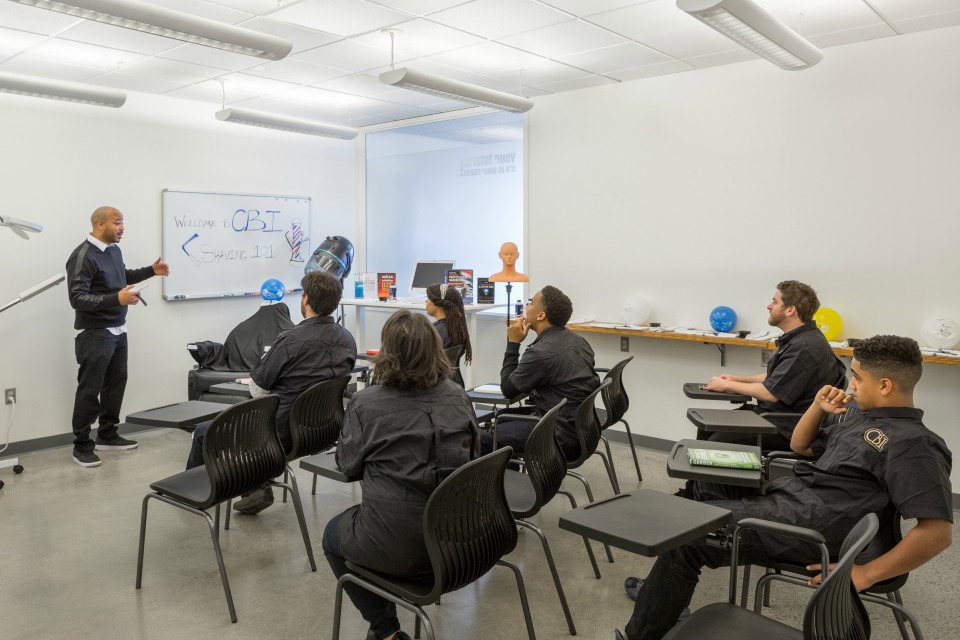 Many people may not realize that the ancient craft of barbering harkens back 6,000 years. Or that a “barber-surgeon” in medieval Europe was trusted not only with a haircut, but the amputation of a limb or the extraction of a bad tooth.

These are just some of the little-known origin stories taught alongside the traditional art of barbering at Champions Barbering Institute. With a recent grand opening on Jan. 10, the institute proudly holds its title as the only barbering-specific career school in Oregon.

While Portland is teeming with hip salons and edgy haircutters, along with a plethora of cosmetology and beauty schools, Champions’ institute is unique in that it preserves the classic costumes of barbering – shaving with a straight razor, styling without dyes or chemicals and giving a natural facial.

A lot has changed since A.B. Moler opened the first barber school in Chicago back in 1893, but Champions is intent on keeping the craft alive, which not only extends to giving a great haircut, but inspiring students to launch a barbering business of their own.

“We have a pretty intensive business portion of our curriculum, where we cover a lot of the fundamentals of barbering, branding and marketing,” said Jamaal Lane, owner of Champions Barbering Institute. “We pride ourselves on trying to build entrepreneurial barbers. So when they finish here, students will actually leave with a business plan that they can execute.”

Originally from Portland, Lane had been cutting his own hair from a young age, but never thought of it as a profession. After a car accident hindered his ability to perform more laborious work, Lane got his barbering license and launched the upscale Champions Barbershop.

With Portland and Beaverton locations, Champions’ entrepreneurial and trend-setting ideals have been instilled into the institute.

“I felt barbers were being shorted on hands-on skills and the business aspect,” said Lane. “They didn’t have a true understanding of what it means to be a professional barber.”

His institute is aiming to correct that by offering a 10-month course with in-depth training in all types of hair. Students will also spend a large portion of their schooling on the floor, where customers can receive cuts at a discounted price.

Lane said ultimately his long-term plan is to train at his institute and employ at his barbershop.

“The goal is to potentially open up more shops where I can have a feeder system, with employees and independent contracts from the school,” he said.

And according to the data, the time to get into barbering is now. The Bureau of Labor Statistics projects that employment of barbers and cosmetologists will increase by 20 percent, from 2008 to 2018.  With Portland’s continual support of small local business, Lane said he’s counting on the lucrativeness of the grooming industry, particularly among men.

“The men’s grooming industry is booming all around the country. Barbering has taken on a new look in the last five years or so, where it’s become an attractive field to be a part of it,” said Lane. “With all the growth that’s going on in Portland, there’s so much opportunity, whether for building clientele or opening up a shop. It’s big right now.”

In celebratory fashion, Champions Barbering Institute is currently running a “Be the First” promotion, which offers a tuition discount to those who register for enrollment before April 1.

The institute is also hosting an Open House March 12. Details can be found on the Institute’s website.